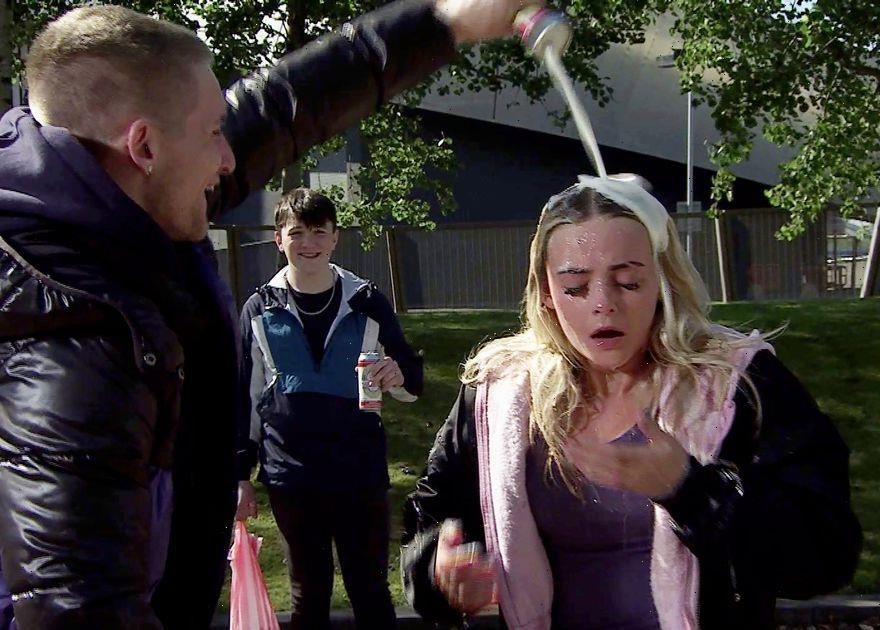 The troubled teen, played by Millie Gibson, makes her way to the soup kitchen with homeless man Stu (Bill Fellows), but when Kelly spots Billy Mayhew (Daniel Brocklebank) serving the soup, she quickly does a u-turn.

Billy catches a glimpse of her and Kelly confesses to Stu about her part in Seb’s attack but insists she never hurt him.

Imran dupes Laura into meeting him in the bistro to find out exactly where Kelly is.

In the bistro, Laura maintains she hasn’t clapped eyes on Kelly in ages.

As Kelly beds down in a doorway, a drug dealer approaches and offers her some free spice.

Kelly refuses and he heads off leaving her terrified and alone.

The dealer returns but Jacob sends the dealer packing.

Stu appears and recognising Jacob, orders him to sling his hook.

A concerned Stu calls in the cafe and begs Nina Lucas (Mollie Gallagher) to give Kelly a break, but Nina remains unforgiving.

As Stu heads off, Kelly phones the dealer and orders some spice.

Stu finds Kelly semi-conscious on a bench and realises with horror she’s been smoking spice.

As Stu sets off to find the dealer, Kelly staggers off in the opposite direction.

As Kelly stumbles along, she passes some drunk school kids who decide to follow her.

Will Nina stick up for Kelly or leave her in a situation similar to what she went through?

Elsewhere on the Cobbles, Daisy Midgeley (Charlotte Jordan) receives some children’s clothes in the post and explains to Jenny Connor (Sally Ann Matthews) that the company saw her pictures of Bertie and assumed she’s an influencer.

Daisy presents Daniel Osbourne (Rob Mallard) with the designer clothes for little Bertie and confesses that the clothes were freebies leaving the teacher disappointed.

Daisy apologises to Daniel, but as he scrolls through the pics on her phone, he notices she’s cropped him out of every shot.

As Daniel and Daisy row over her exploitation of Bertie, their anger turns to passion and they head for the bedroom.

Is this the beginning of a new relationship in Weatherfield?

Coronation Street airs Monday, Wednesday and Friday on ITV at 7.30pm and 8.30pm