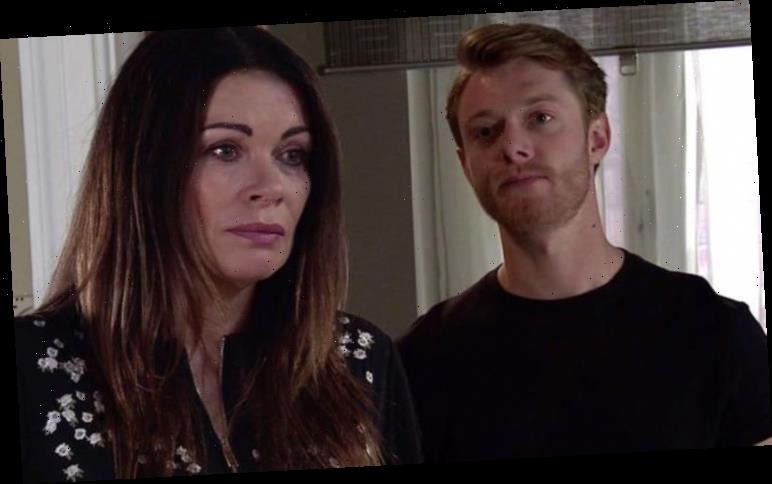 Coronation Street will celebrate its 60th anniversary next week as ITV viewers will be treated to some of the soap’s most explosive scenes ever. One storyline which is set to unfold in the weeks to come is the news of the affair between Adam Barlow (played by Sam Robertson) and Carla Connor (Alison King) who had a one-night stand last month. But with Daniel Osbourne (Rob Mallard) set to find out the news by accident in just a matter of time, will he decide to tell Peter Barlow (Chris Gascoyne) the truth as he turns back to alcohol?

Fans have seen Peter hit rock bottom in recent weeks after a surprise altercation turned him back to alcohol.

But in episodes to come, he’s set to have his relationship destroyed after he believes his partner Carla has cheated on him.

Despite Peter initially believing it’s his younger brother Daniel who has done the deed, fans know it’s his nephew Adam who is the guilty party.

However, as Peter steps things up a gear and proposes to Carla next week, it could be set to end in tears when Daniel makes an unfortunate discovery. 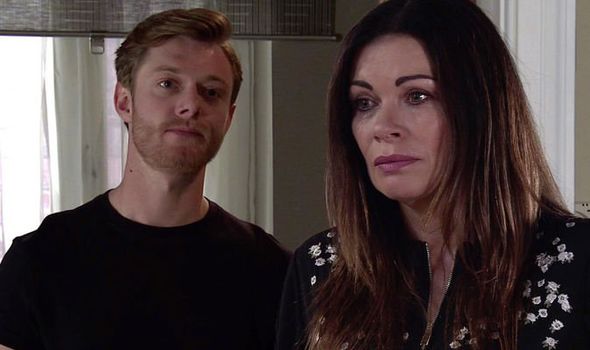 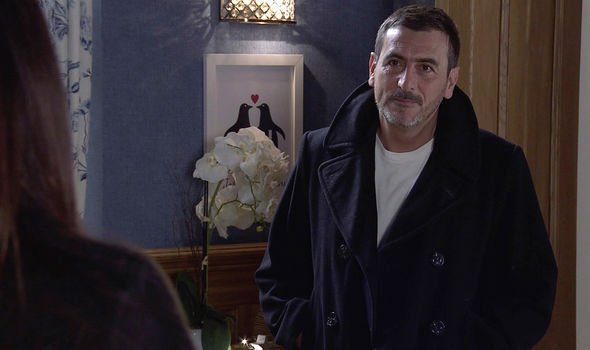 Speaking ahead of the milestone week for the soap, actor Rob Mallard has confirmed his alter-ego will discover the truth.

He told Express.co.uk and other press: “Yeah, he stumbles into it by accident.

“Like most things the more complicated a lie you make something the easier it is to be discovered and found out.”

And it seems as though he will have his heart set on telling Peter after the actor pointed out Adam has broken the “bro-code.” 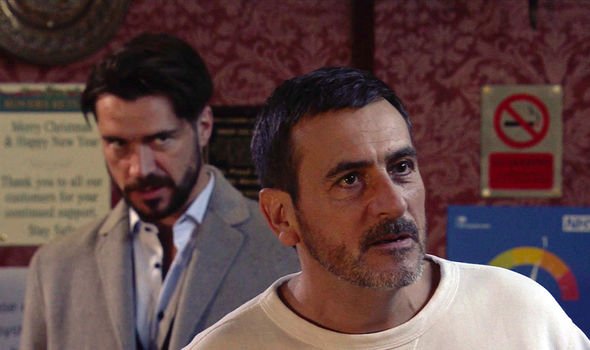 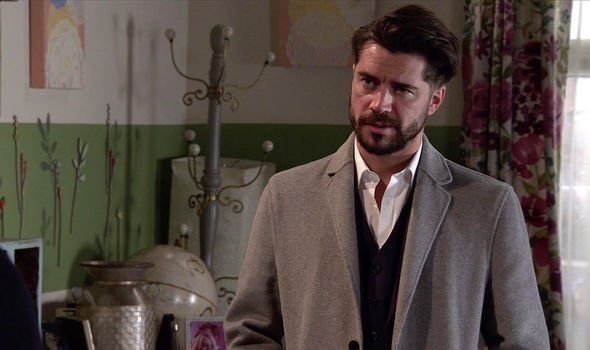 Rob continued: “I’m not to give away too much but basically is through tiny little bits of evidence that he kind of starts to piece it together.

“Then obviously he’s livid it because it’s the bro code, isn’t it? You don’t break the bro code.”

But will Adam and Carla persuade Daniel to keep the news a secret, or will he reveal all to Peter?

Peter has already had seeds of doubt planted into his head which will only worsen next week after the surprise proposal.

He gets down on one knee to Carla after Leanne Battersby (Jane Danson) persuades him to try and salvage his relationship.

Peter apologises about his paranoia and tells Carla he’s booked them a blessing in Kefalonia, where they’d dreamed of getting away to for some time.

Unfortunately for the duo, Daniel does indeed find out the truth about who Carla’s mystery man is – but will he end up stopping the pair’s nuptials?

Having decided to remain silent, Peter’s suspicions heighten when Jenny (Sally Ann-Matthews) mentions she spotted Carla calls over at Daniel’s flat and he accuses the duo of being lovers at the Rovers.

Things go from bad to worse when Peter heads out and Carla realises a bottle of whisky has gone missing.

Although Peter later returns with the bottle untouched, he defiantly takes a swig when Carla tries to talk to him.

And it seems their relationship may have reached its end as she fails to get through to him.

But will Daniel end up revealing the reason why Carla was over at his place and put Adam’s future on the cobbles at risk?

Coronation Street airs Mondays, Wednesdays and Fridays at 7:30pm and 8:30pm on ITV.