Fiz (played by Jennie McAlpine) has been enjoying the stress-free life on Coronation Street recently following the events at Christmas which saw villainous nanny Jade Rowan (Lottie Henshall) wreak havoc for her family. The former Underworld Factory worker has been making the most of some quality time with partner Tyrone Dobbs (Alan Halsall) whilst their daughters have been getting on just fine at school. However, it seems their happiness could be in jeopardy once more as the mother-of-two left boss and Weatherfield supervillain Gary Windass (Mikey North) extremely angry during recent scenes on the ITV soap. As he loses control of his temper once again, could the dodgy dealer end up murdering the beloved character?

During his reign of terror on the cobbles, Gary’s dark deeds have cost the lives of four characters, with the firmly established character only having killed with his bare hands once.

This was loan shark Rick Neelan (Greg Wood) who was constantly at the former builder’s heels to pay up the money he owed on mounting amounts of debt.

No ones knows he has murdered the criminal but recent weeks has seen his secret become harder to harbour following the arrival of his victim’s daughter Kelly Neelan (Millie Gibson) and her loud-mouthed mother, Laura Neelan (Kel Allen).

It was the latter who caused him to lose his cool during Friday’s episode of the weeknight serial drama as she turned up at his place of work and demanded more money from her ex-partner, who she doesn’t know is really dead.

With Fiz in his line of direction, the supervillain charged all his frustrations at her but as she hit back, could she have just sealed her own fate? 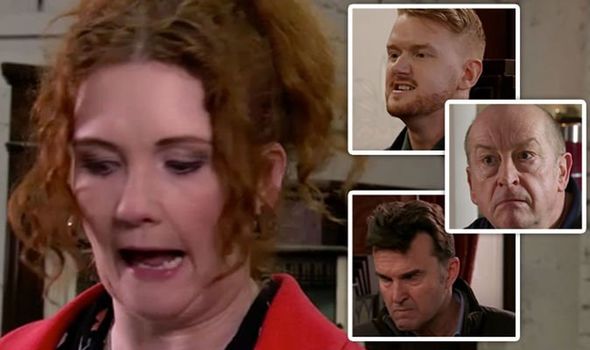 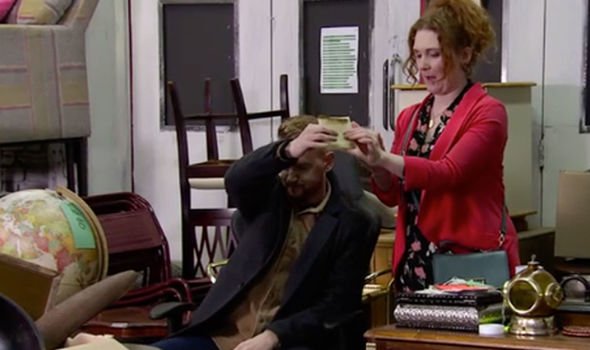 Before she headed out on a romantic lunch with Tyrone, Fiz was told to not worry about rushing back to work, just as Laura turned up at Emporium.

After she threatened to tell the police Gary was supposedly in contact with renowned criminal Rick if she wasn’t paid more money, the supervillain had a grudge to bear.

Once she returned from Speed Daal restaurant, the mother-of-two soon came under fire from her boss for being gone “hours”.

Not going down without a fight, the beloved character replied: “Less than two and you said take your time.” 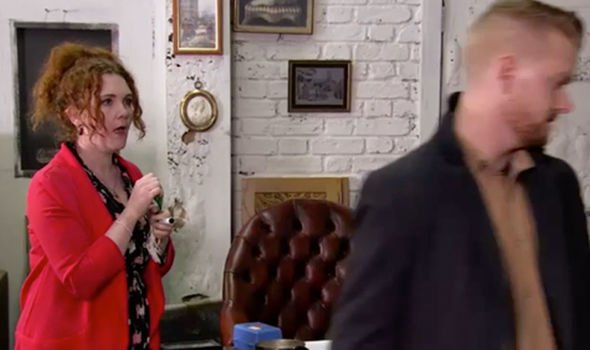 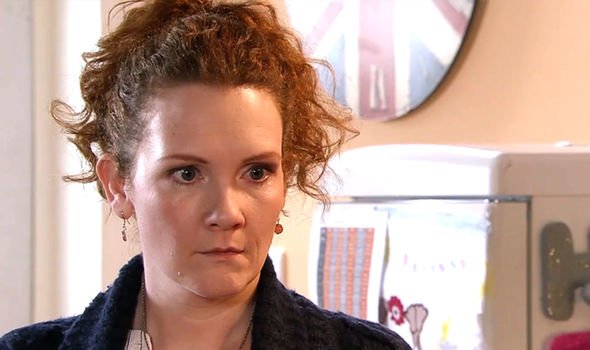 I think you’re being ridiculous

“Yeah, I didn’t mean take the mick, Fiz,” her employer hit back, but she told him: “Look, we’d been dead all morning. I’d just been paid. We were having a nice time.”

“Have a nice time for half an hour, not the whole afternoon,” the supervillain continued as the anger built within him.

“I think you’re being ridiculous. Do you know how many times I stayed late for you here and you never paid me overtime and you were the one who used to stay, ‘Stop working so hard, Fiz’,” Tyrone’s partner explained.

“Look, I don’t know who’s put you in this mood but don’t take it out on me,” she told her employer, but could this have been a big mistake.

People who have got on the wrong side of Gary over the past year haven’t always walked away from their confrontations alive.

Although she was an innocent party in the Underworld roof collapse, Rana Habeeb (Bhavna Limbachia) still lost her life in the carnage which was caused as a result of the super villain’s turn to the dark side.

Robert Preston (Tristan Gemmill) was also killed off when he got caught up in the deadly gun siege between the dodgy dealer and troubled Derek Milligan (Craige Els).

The latter also lost his life, as well as Rick, when he made an enemy of Maria Connor’s (Samia Longchambon) fiancé.

As she hit back and infuriated even more during Friday’s episode, could Fiz be the next victim on Gary’s murder list?

Although he might not mean to kill her, their confrontations at work could turn deadly and result in him having to hide her body.

However, having been a popular character for so many years, the disappearance of Tyrone’s partner wouldn’t go unnoticed.

Trying to spin a tale about where she’s gone, will the supervillain be caught out as he makes a mistake in murdering the beloved character?