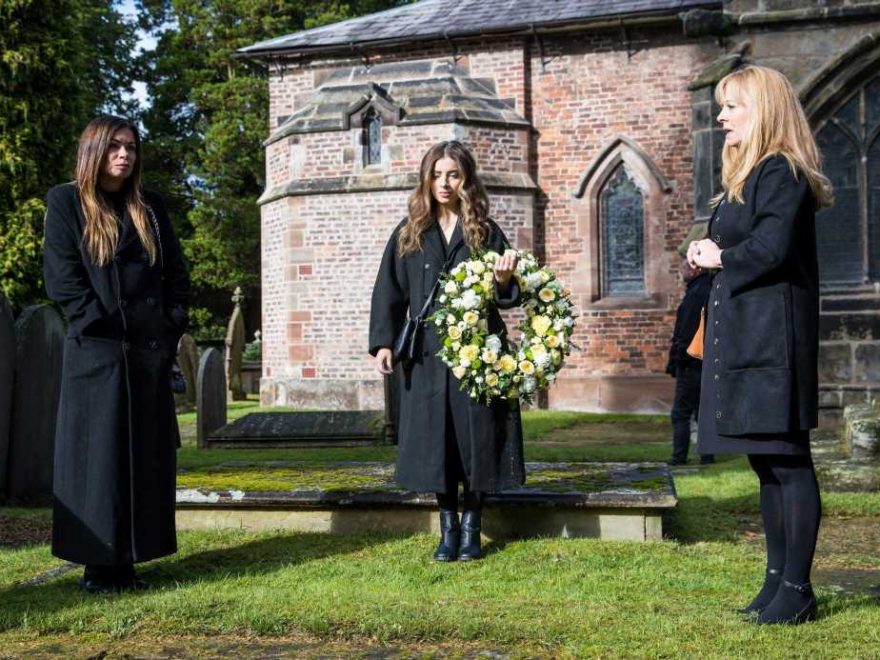 CORONATION Street’s Johnny Connor has one last surprised for his ex-wife Jenny and daughter Carla next week.

The businessman – who was played by actor Richard Hawley in the ITV soap – lost his life in the sinkhole disaster.

He had climbed in to rescue his ex Jenny after she was swallowed by the hole in Gail Platt’s garden.

However with his MS, Johnny was unable to be much help.

In the end he drowned after ensuring Jenny would be rescued, leaving her completely devastated.

This week fans have watched as Carla has struggled to cope with her grief, while Jenny has hit the bottle.

But next week the pair will say goodbye to Johnny with a touching funeral service.

However there is a shock coming.

As Johnny’s funeral takes place Carla, then Jenny, each gives a heartfelt eulogy.

At Johnny’s wake, Jenny knocks back the wine while Carla watches with concern.

Jenny tells Daisy that she’s the sole beneficiary in Johnny’s will and he’s left her £20k.

Later, drunk, Jenny asserts that she doesn’t deserve Johnny’s money and lashes out at Daisy.

Meanwhile Carla feels rejected at being left out of her dad’s will – despite him buying Underworld for her before he died.

When Carla moans to Nina about Johnny’s decision to leave her out of his will, Roy suddenly snaps at her.