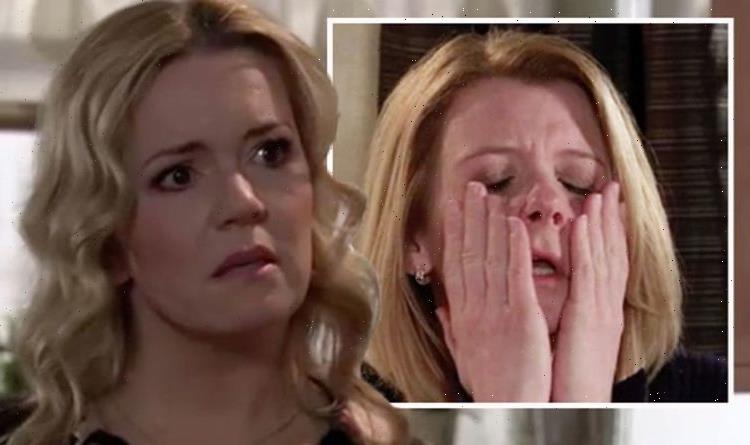 Beverley Callard claims she was ‘written out’ of Corrie’s 50th

Natasha (played by Rachel Leskovac) has been playing her persona as sweet and innocent since she returned to Coronation Street last year with Nick Tilsley’s (Ben Price) secret son, Sam Blakeman (Jude Riordan) in tow. The ITV soap troublemaker has been playing happy families with her former lover and child as Leanne (Jane Danson) has been trying to deal with the grief of losing her son Oliver Battersby last year. This has led to her getting involved with a drugs gang after Simon Barlow (Alex Bain) was coerced into dealing. However, could Natasha be the mastermind behind getting the teenager embroiled in the dangerous plot in order to destroy Leanne?

Monday’s double-bill of the weeknight serial drama saw Leanne and Simon making plans to leave the cobbles to go into witness protection after bringing down the drugs gang last week.

Nick has been completely left out of the picture until these episodes when his partner told him what had been going on.

The Underworld Factory boss said he would go with her but with Leanne explaining she might never return, the father-of-one shared a tearful goodbye with his lover.

When he arrived at the bistro for dinner with Natasha and his son, it was clear there was something on his mind and the mother of his child asked him what was wrong.

“I suppose you heard about this drugs bust with Simon,” she said before making a snide comment about her love rival. 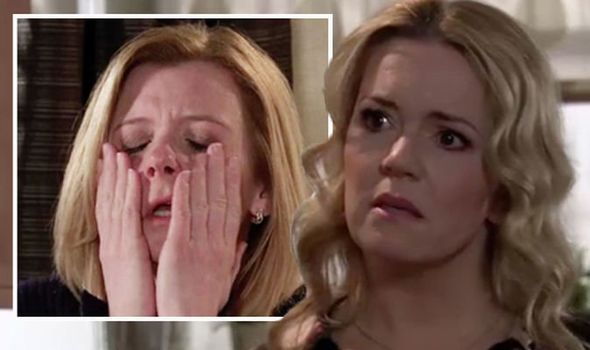 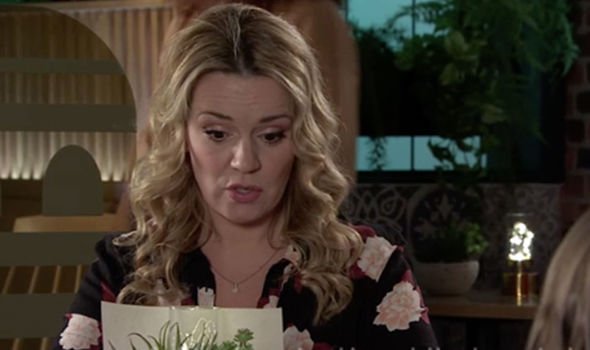 “It’s not a massive surprise. Leanne’s eyes have probably not been on the ball, lately,” Natasha continued but Nick was not impressed.

“You don’t know what you’re talking about. Leanne is a fantastic mum and she would do anything for that kid,” he hit back.

“Okay, I’m sorry. I didn’t mean anything by it,” Natasha added but her former lover darted over to stop Leanne before she left.

Catching her just in time, the businessman explained he was going to make an exit from the cobbles alongside her and Simon.

“I can’t live without you, not indefinitely. I’ve loved you for 23 years and I’m going to love you for 23 more and beyond,” he said. 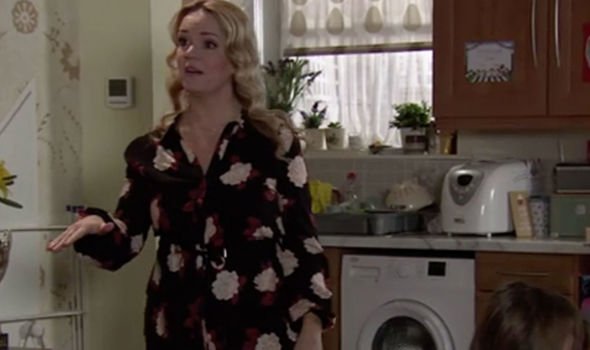 This is Leanne’s mess

“And I love you, too. But what about Sam?” Leanne asked, to which Nick replied: “Sam will be fine. He’s got Natasha and his family.

“I just pray this won’t last forever and we can come back,” he continued, with his partner telling him they might “never” come back.

“Yeah, I know, but I can’t live with the thought of you not being in my life,” the businessman explained to his partner.

With the decision made he was going to leave, Nick needed to break the news to Natasha and his son.

It was fair to say the mother-of-one wasn’t happy with what she was hearing. 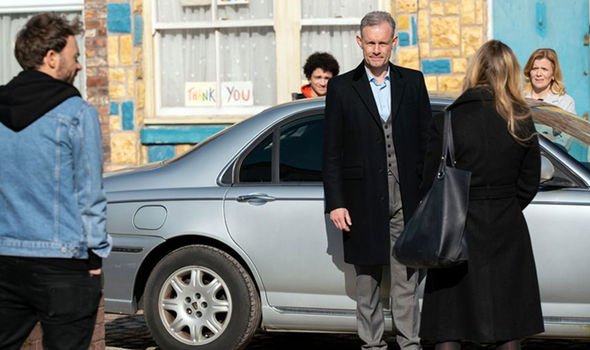 “You walk out on dinner without barely a word and now you drag us here from the cinema to say you’re leaving,” Natasha declared.

The troublemaker asked him when he would be back but his answer didn’t suffice as she replied: “Sorry, I’m not getting this.

“This is Leanne’s mess, why do you have to go with her?” she asked, possibly giving the first hint she is involved with the drugs gang.

The comment seems to suggest Natasha wanted Leanne out of the way so she could manipulate Nick to love her again.

Sam broke his father’s heart as he went on to ask: “We’ll be able to talk to each other on the phone though, won’t we?”

“I don’t know. Maybe…sometimes,” Nick replied and his inquisitive son asked: “Why don’t you know?”

“I’m going to miss you so much and I love you so much,” he added before Sam ran up the stairs so his mother could vent her anger at Nick.

“I can’t believe you’re doing this. This is exactly what I was worried about when you asked to meet him,” Natasha raged.

“I told you not to be a part of his life unless it was for good.”

The businessman timidly replied: “I couldn’t have foreseen this, you’ve got to understand.”

“I can’t understand how you can abandon flesh and blood for her. Just go,” Natasha told him with venom in her eyes.

Leanne, Nick and Simon all left the cobbles at the end of the episode but will Natasha ensure there is nothing for them to come home to?

She could be working on the outside for drug lord Harvey (Will Mellor) but he might not know why she was so desperate to destroy Leanne.

With Nick breaking her heart again, will the troublemaker ensure both their lives are ruined forevermore as she ups the ante with the drugs gang?