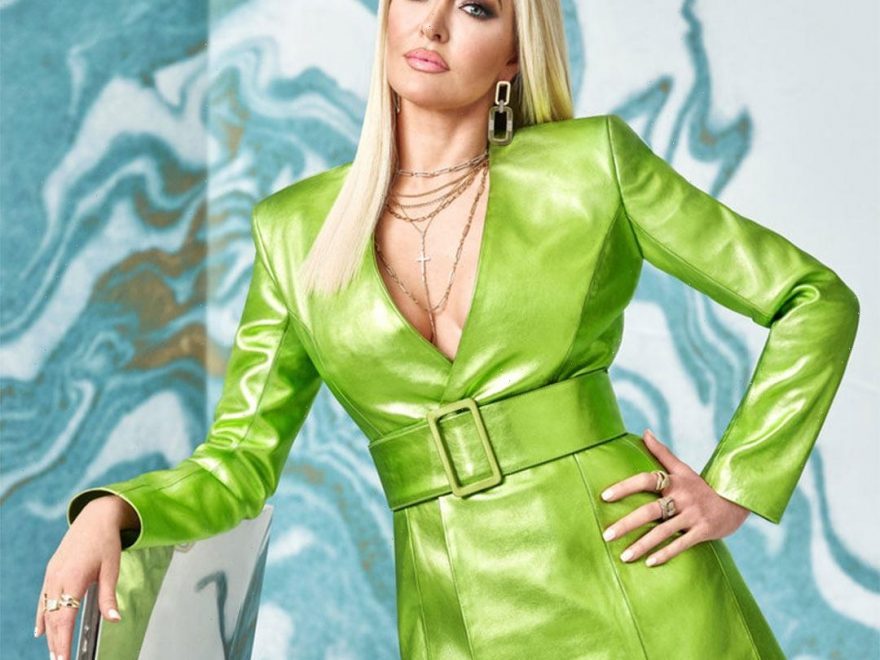 In the promo released on Monday, the ladies begin by playing a game of "two truths and one lie," Dorit Kemsley explains. Erika, 49, says, "Two truths and a lie?" Sutton Stracke then replies, "Let's hear it, Erika," to which the singer responds, "Here it is. You ready?"

While dining with the cast in the next scene, Erika notes that she "did not see it ending this way," referencing her separation from Tom, 81, after 21 years of marriage. "I was going to hold that man's hand until he died," she adds.

Erika is next shown having a conversation with Garcelle Beauvais about the "lawsuits" that claim the former couple embezzled money. "Did you have a heads up? Is that why you got divorced?" Garcelle, 54, asks as the pair takes a break from hiking, and Erika shakes her head and replies, "No I did not." At a separate gathering, Erika is confronted by the entire RHOBH cast about whether she knew about Tom's alleged dealings. Erika says that only Tom "knows the answer" to what went down, but she later tells Sutton, 50, "I am not a liar" and that her costar has a "lot of f—— nerve" before adding: "Shut the f— up."

Outside of Erika's public divorce battle, the footage unveils a montage of the ladies up to their usual shenanigans of shopping, wearing fabulous outfits and fun-filled group hangouts. Fans also get a sneak peek of new "friend" Kathy Hilton, who speaks with younger sister Kyle Richards about Kim Richards changing her phone number.

Meanwhile, newcomer Crystal Kung Minkoff butts heads with Sutton. "You're an inappropriate awkward person because you're jealous. Period," Crystal, 35, says in front of the cast to Sutton, who gets up and leaves while adding, "F— you, Crystal. I'm jealous of what? Your ugly leather pants?"

The pair argue again as Crystal questions whether Sutton doesn't "see color," resulting in Sutton replying: "Are you serious with me right now?"

As Garcelle asks her children about her getting married again, Lisa Rinna tackles her daughter Amelia Gray Hamlin's new relationship with much older beau Scott Disick.

Season 11 of The Real Housewives of Beverly Hills premieres May 19 at 8 p.m. ET on Bravo.