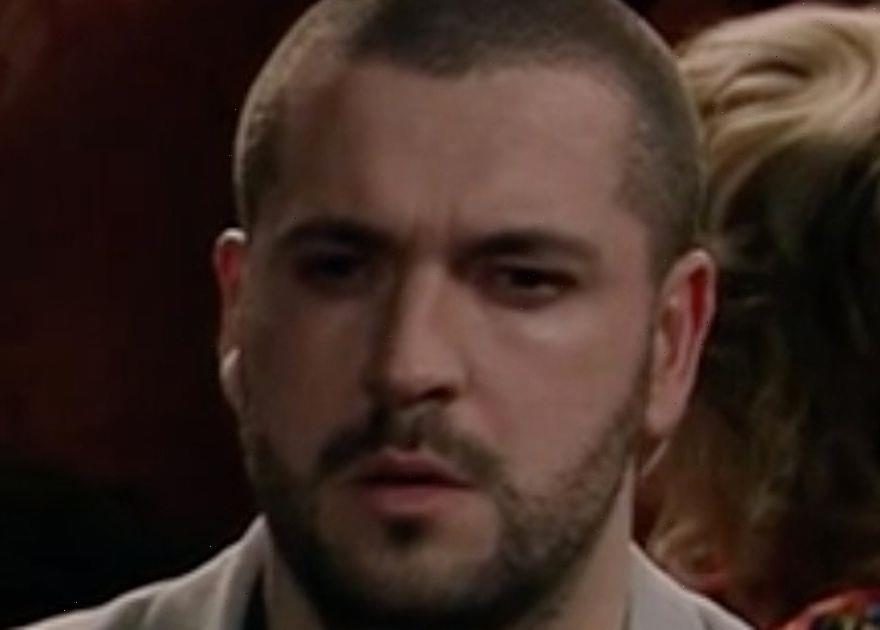 Coronation Street fans were left gobsmacked when the ghost of Aidan Connor appeared just before his dad’s Johnny's tragic death.

The lad, who was played by Shayne Ward, committed suicide back in 2018 in a heartbreaking storyline.

However, he was back as a spirit in his father’s dying moments during Friday's dramatic episode.

Brave Johnny (Richard Hawley) had climbed down a storm drain to save his ex wife and love-of-his-life Jenny (Sally Ann Matthews).

She was rescued but he struggled to survive in the cold water and as he fell unconscious he heard Aidan shout out "Dad".

Although it roused him and gave him time to tell Jenny he loved her, he didn’t have the strength to hold out for the emergency rescue and died in the water.

Taking to Twitter to discuss Aiden's shock return to the soap, one fan penned: "No Aidan."

A third person posted: "Was that Aidan?"

Richard, who had played Johnny for six years, said of his character’s exit at the end of Corrie’s Horror Nation Street week: "When the voice of Aidan cropped up in the darkness there was an acceptance of where he is going and he just feels that he has done his best and has been honourable.

"There is a sort of balancing out of the rights and wrongs of his life and he accepts it."

Richard said although he would miss all of his pals on Corrie he was still ready to leave the long-running soap.

He also claimed it was the perfect ending to his love story with Jenny on the ITV show even though it ended in tragedy.

The star added: "I was ready to go.

"When the producer explained that the death in the big stunt was going to be Johnny, I was absolutely overjoyed.

"For me it is the completion of a great love story, which is what Sally Ann and I had wanted.

"You can’t get a truly great love story until it is over, until someone dies."

When asked about some of his career highlights since being a part of Corrie, the star added: "I have had quite a lot of big and important stories that were challenging to do so there is a lot to choose from.

"Getting the job and starting with Faye and Shane was fantastic, getting to work in Underworld, working in the pub also meant I got to work with so many different people.

"Aidan’s suicide was a hugely important story to tell and I am so proud of being a part of that, also Carla’s mental health issues, Johnny’s struggles with his health, his secrets from the past and trying to make amends which affected his mental health."

He added: "There is a strong element of mental health issues running through that family.