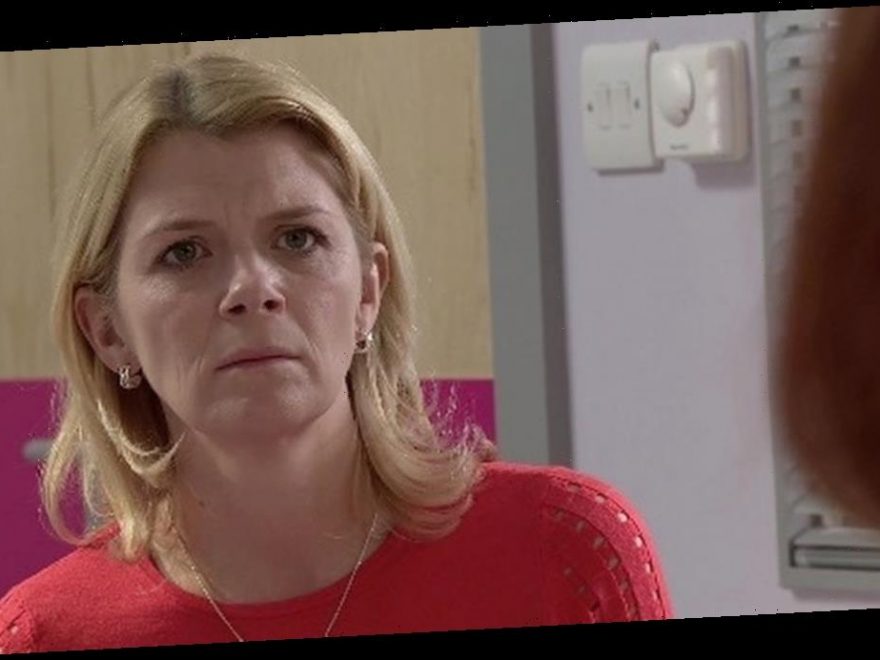 Coronation Street's Leanne Battersby (Jane Danson) and Nick Tilsley (Ben Price) have been struggling to connect as she fears her baby son Oliver is going to die.

Leanne is set to contact a hospital in Germany which claims they can treat Oliver, but she downplays his severe symptoms.

However, it looks like it is going to be too little too late as the doctors will suggest turning off Oliver's life support machine, infuriating Leanne as she accuses them of giving up.

The doctor explains that Oliver's seizures are getting out of control and life support is the only thing keeping the youngster alive.

After Leanne and Steve's hopes are raised by the thought of a second opinion, they're soon shattered when they're told Oliver will never be able to breathe unaided and that it’s time to talk about switching off his life support.

Leanne then seeks help from a hospital in Germany, who ask for £500,000 for a potential treatment, but Steve is worried when Leanne hides Oliver's symptoms from the doctor.

As the little boy fights to stay alive on a life support machine, could his family be ripped apart as Oliver finally dies?

Meanwhile, Nick and Leanne are set to hit another rocky patch as he runs into his ex Natasha in one of the hospital corridors, and the pair seem to be gobsmacked to see each other.

Could the pair rekindle their romance as tensions rise with Leanne, leading to a shock split?

According to Tombola, Coronation Street is the soap with the highest number of splits out of the top three soaps.

61 couples in Corrie have come to a bitter end since the soap started back in 1960, making it the worst place to be married in Soapland.

In comparison, Emmerdale has had 49 splits, making it a close second, whilst EastEnders has see 45 break-ups since 1980.

Could Nick and Leanne be the next couple to split as they broken up by tragedy?

Corrie continues on Monday at 7.30pm on ITV.