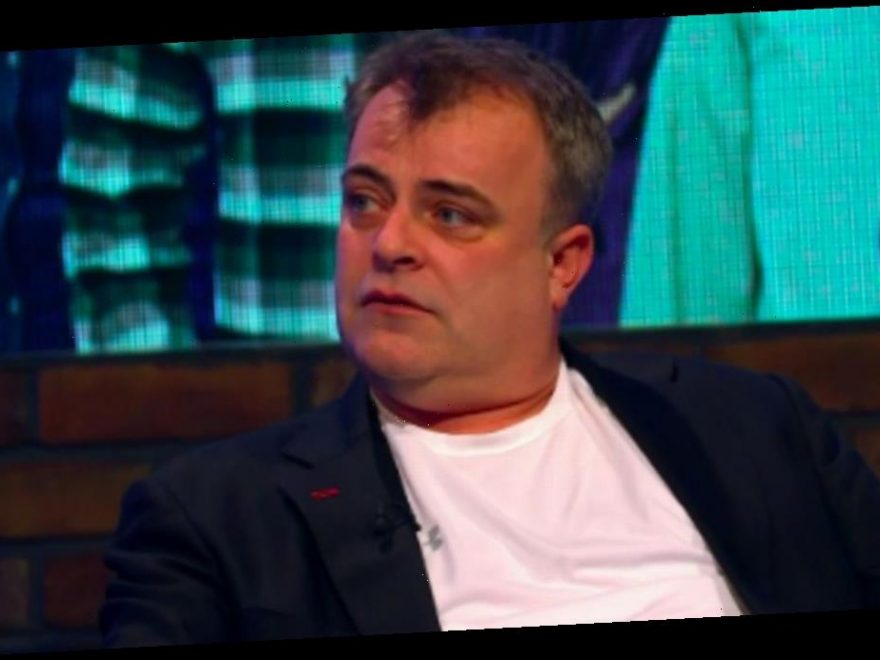 Coronation Street star Simon Gregson jokingly threatened to leave The Big Soap Quiz on Monday night, when the conversation turned to his age.

Simon, who famously plays Corrie's Steve McDonald, was joined by his co-stars Jack P Shepherd and Sair Khan in the studio, as they battled against the cast of Emmerdale.

However, when host Stephen Mulhern brought up the age difference between Simon and Jack, the soap star pretended to be miffed.

Simon is 46, with Stephen pointing out Jack – who is just 32 – is considerably younger than him.

Taking a cheeky swipe at the legendary soap star, Stephen asked: "How does that make you feel?"

Simon looked a little put off, and threatened to get up and leave the soap quiz behind.

Thankfully, Simon made it clear he wasn't actually bothered by the cheeky jibe, and carried on with the hilarious ITV quiz.

Later on, Simon was left wishing he'd exited the studio when he had the chance, after he was forced to watch a montage of all his love affairs on the soap.

Flipping through 19 different clips of Steve's romps over the years, Simon exclaimed: "He's done better than I have!"

When Stephen remarked on the "19 lucky ladies," Simon then quipped: "Unlucky ladies!"

Meanwhile, over on Twitter, viewers couldn't get enough of Simon's sense of humour on the show, as they took to their keyboards to weigh in.

One said: "Simon is hilarious!"

"Simon is making me die," laughed a second, and a third chimed: "Haha got to love Steve."