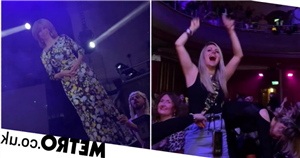 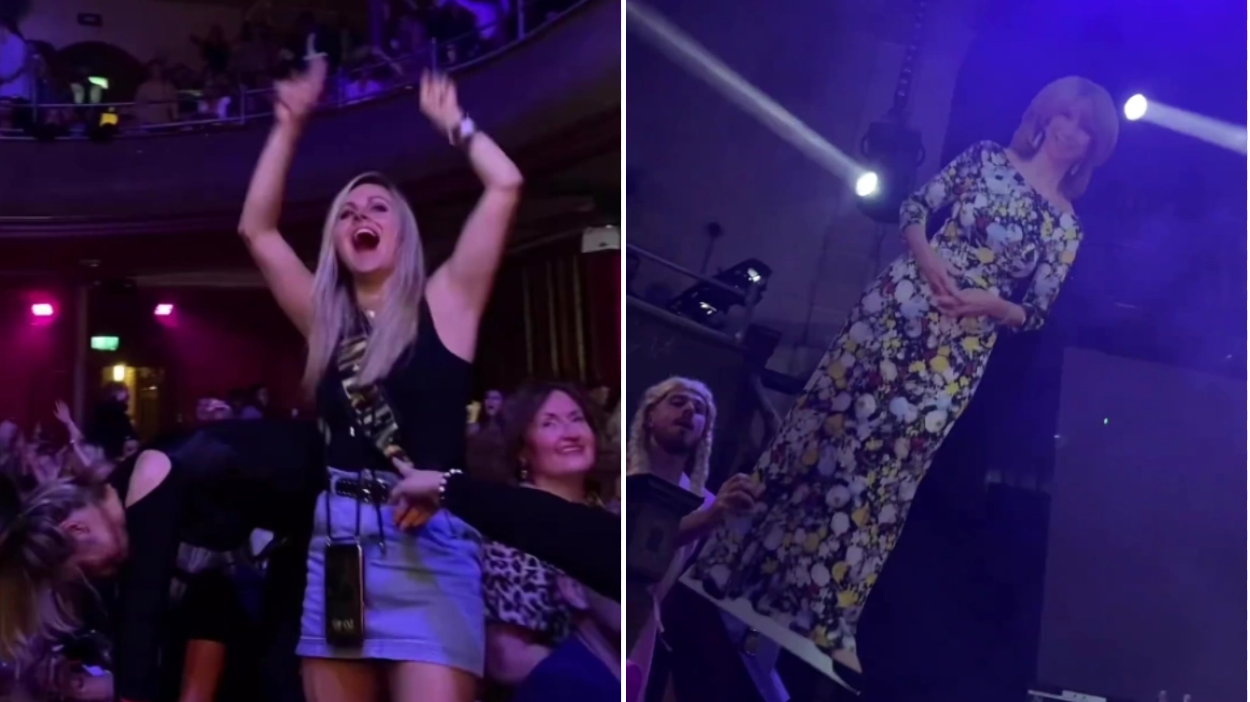 It was a wild night out at the bingo recently for Coronation Street star Tina O’Brien, as she partied with friends at Bongo’s Bingo – a venue described on their Instagram as ‘The original bingo rave.’

Tina – who plays Sarah Platt in the ITV soap – looks like she’s having a great time in the video posted on the bingo venue’s Instagram page.

Especially when she’s joined by her on-screen mum Gail (Helen Worth), in the form of a life-size cardboard cut-out which is brought out on stage by a man in short skirt and Heidi wig accompanied by Party Up (Up In Here) by DMX. Because why not?

The appearance of the flat Platt goes down a storm with the crowd, including Tina who gets up on a table to take a snap of ‘Gail’’s impromptu appearance. Tina is wearing a black vest top and denim mini skirt, while two-dimensional-Gail is more formally attired in a flowered maxi dress.

The video posted by Bongo’s Bingo is captioned, ‘When you go for a quiet night at the bingo and end up playing for your (on-screen) mum x @tinaob83 👀’

It looks anything but a ‘quiet night,’ especially after cardboard Gail makes her appearance!

Tina has played Sarah Platt from 1999 to 2008, rejoining the show in 2015. She also had a stint in Waterloo Road as troubled Bex Fisher.

It’s been a fairly quiet period for Sarah in the show recently, as she and husband Adam Barlow (Sam Robertson) worked through their problems. More recently Sarah and the rest of the Platt family have been concerned about the health of matriarch Audrey Roberts (Sue Nicholls).

They’re currently unaware that Sarah’s uncle Stephen (Todd Boyce) is a murderer, as his killing of Leo Thompkins (Joe Frost) is still undiscovered.