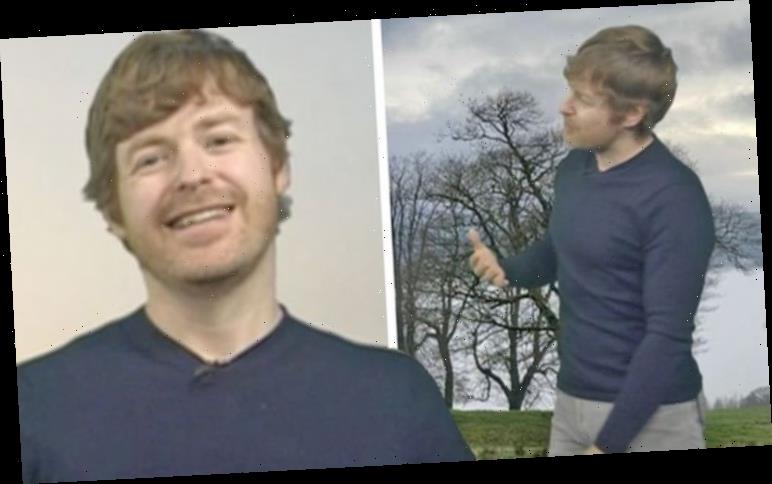 Countryfile fans were disappointed with tonight’s weather forecast as resident meteorologist, Tomasz Schafernaker surprised them with a different outfit to usual. He appeared 15 minutes before the show ended to deliver the five-day outlook, but those watching at home were too focused on his decision to opt for a jumper instead of a checked shirt and branded his outfit choice ‘causal’.

Ellie Harrison narrated: “We’ve had a bit of everything today in the black mountains, but what’s the weather got in store for where you are in the week ahead. Here’s the Countryfile forecast.”

Tomasz then appeared on screen and said: “Hello, well, now that we’re into December we had our little first dose of winter. Look at this, beautiful scene there from the Highlands – you can see where the freezing line is.

“And a very snowy picture from Lincolnshire – obviously not everybody got the snow but it was cold enough – just about.

“Now the reason why it’s been so cold, we have seen this very marked, dip in the jet stream, it’s got very far south. 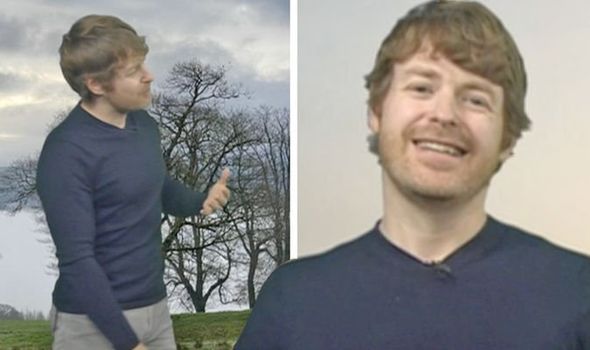 We will use your email address only for sending you newsletters. Please see our Privacy Notice for details of your data protection rights. Anita Rani recalls ‘humbling’ Countryfile encounter ‘I was so lucky’

“And one of the reasons why the jet stream has gone far south and allowed the cold Artic air to spill in, is actually because of this big area of high pressure in Russia,” he told those watching at home.

The weather reporter then moved onto the week ahead’s forecast.

“A chilly start to the week, then perhaps turning less cold,” he revealed.

Temperatures over night are going to be freezing across the larger cities and hitting -3 degrees celsius for country areas.

Many will wake up with fog which will continue to linger throughout Monday.

But for Countryfile fans, there were a mixture of emotions; disappointment, outrage and surprise by Tomasz’s appearance.

“How casual does he think this weather forecast is?  #countryfile,” someone else said.

Another joked: “Tomaszz you’re supposed to look like a farmer ffs, not auditioning for a 90s garage band! #countryfile.”

While one commented: “Are those jogging trousers? oh dear #countryfile.”

“#Countryfile  Doesn’t Tomasz look young with his hair like that?” A viewer remarked.

Someone else suggested: “Thomasz going for the don’t care look #Countryfile.”

“I’m liking Tomasz’s new hairstyle but WHERE IS THE CHECKED SHIRT?#countryfile,” one shouted.

“CHRIST ON A BIKE! A jumper! A v neck jumper?? Hideous! Send him the memo!!! #weather  #countryfile,” a tweet read.

Countryfile airs every Sunday evening on BBC One.