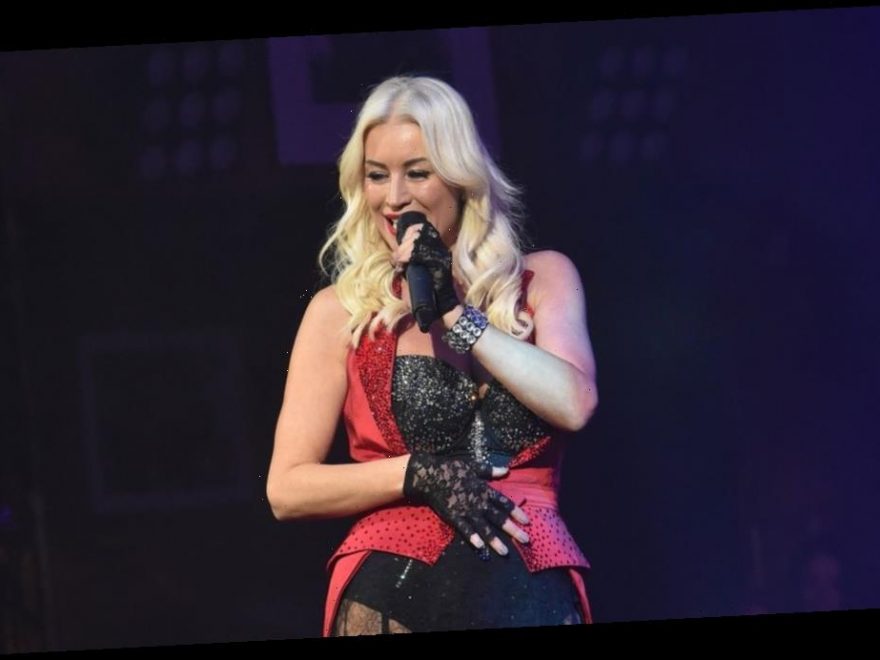 Denise Van Outen has proved that age is just a number after wowing fans with a sultry cabaret performance in London.

The West End beauty, 46, who is set to appear on next year's series of Dancing On Ice, performed to a packed – but socially distanced – crowd at Proud Embankment in central London over the weekend.

Oozing sex appeal, the blonde songstress demanded attention as she vamped up her look in a Moulin Rouge inspired outfit.

Showing off her killer pins, Denise, who appears on Celebrity Gogglebox alongside her boyfriend Eddie Boxshall, sent imaginations into overdrive as she rocked a pair of thigh-high suspenders and heels.

Strutting around the stage, the confident starlet flaunted her trim frame and impressive vocals.

Squeezing her curves into a sparkling corset with a sweetheart neckline, Denise strutted across the stage during her performance.

The starlet completed her look by adding a slashed red tail.

When she's not performing on stage, Denise has been training hard for next year's edition of ITV hit Dancing On Ice.

The starlet has been teamed up with her BFF and ice skating pro Matt Evers.

In a bid to make sure they adhered by the lockdown and social distancing rules, Matt is reported to have moved in with Denise, her daughter Besty, 10, and her partner Eddie.

According to reports, Denise and Matt have been forced to train at the official ITV studio rink due to lockdown ordering the closure of the majority of ice rinks up and down the UK.

Despite being no stranger to enjoying her moment in the spotlight, Denise says she won't be trying to be too ambitious with her skates.

She told The Sunday Mirror's Notebook Magazine: "I won't take any risks on the ice for my daughter's sake."

Alongside Denise, Myleene Klass, Rebekah Vardy ad Jason Donovan have all been confirmed to take part in the show.