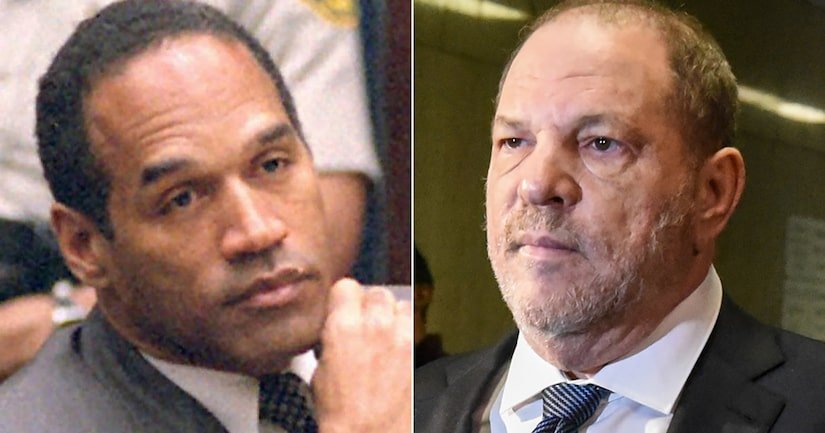 While cameras will not be permitted in the courtroom for Weinstein’s September trial, Court TV has a plan to be “the only network that covers it in virtual real time.”

Court TV is returning in a big way, and it’s returning to the case that put it on the map in the first place with an epic commitment for the 25th anniversary of the O.J. Simpson murder trial, as well as digging into what’s sure to be one of the biggest cases of the #MeToo era in Harvey Weinstein.

The classic network, which returned to the airwaves this past May, is committing to a massive 37-part docuseries called "OJ25" which will chronicle everything you may have forgotten about the trial that captured the nation two-and-a-half decades ago, according to TheWrap’s coverage from TCA. That’s one episode for each week of the trial.

And because they can, they’re launching it January 2020 on the same week the trial started so each episode will happen exactly 25 years after the events depicted within.

As Court TV was there through every step of the original event, they have all the footage anyone could ever want or need for this project. But can they make it compelling enough to keep viewers interest for so long (the original case certainly did!)?

To keep it fresh and (hopefully) interesting, Court TV is doing more than just rehashing their old footage. The new series will be contextualized with contemporary commentary from legal experts about how the case was progressing and the benefit that hindsight gives as to what they got right and what might have gone wrong at the different stages of the trial.

"OJ25" will be branded under the "Court TV Mysteries" moniker, an umbrella title for its slate of upcoming docuseries that will "present real-life stories of betrayal, greed and murder leading to justice in the courtroom," with many of them mined from the 1,000+ cases broadcast during Court TV’s original run.

These sordid stories will be told through Court TV trial footage, stylized re-creations, expert investigative insights and exclusive legal and law enforcement analysis," according to the network.

Kicking off a few months before that in September is a trial that’s sure to be fodder for "Court TV Mysteries" in the year to come. That’s when Harvey Weinstein goes on trial for rape in New York in the most high profile legal case of the #MeToo era thus far (if we argue that Bill Cosby precedes the movement).

And yet, this trial will present a unique challenge for the network, which admitted at TCA that they will not be able to record from inside the courtroom during the proceedings.

Instead, Deadline reports that Court TV will have "reporters and correspondents who rotate in and out of the courtroom" giving viewers live updates on what’s going on behind closed doors making them "the only network that covers it in virtual real time."

It remains to be seen if this will be determined riveting viewing as the O.J. Simpson murder trial was 25 years ago.