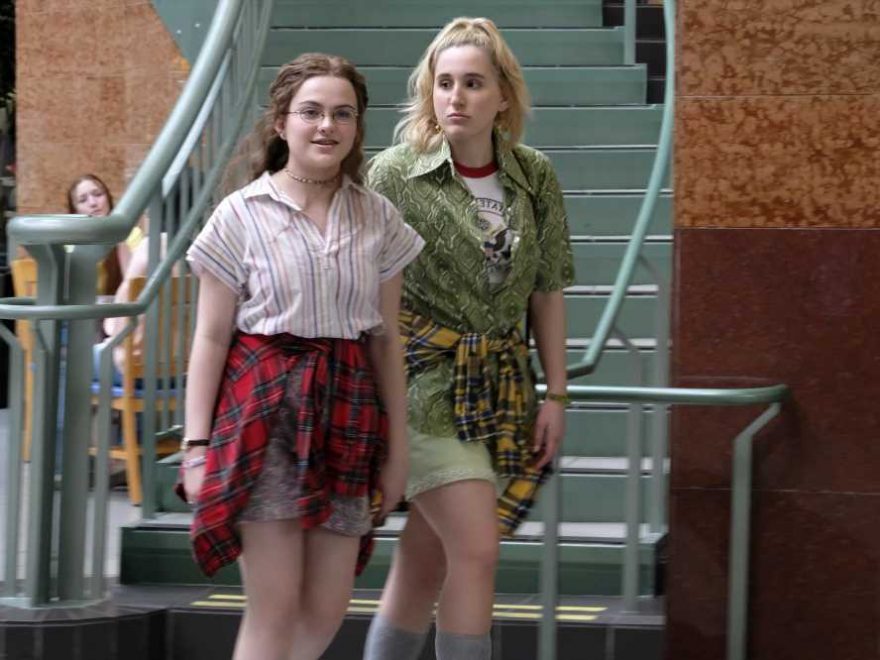 Freeform’s show Cruel Summer is succeeding with audiences for several reasons, but a lot has to do with the fact that it has so much intrigue and mystery. This, of course, leads to many theories about the drama to come.

With that said, the two characters in focus are Jeanette Turner and Kate Wallis. However, Mallory has come more into play in the last couple of episodes. And fans noticed how she is very different from how she acts around Jeanette and around Kate. This doesn’t fair well with how these viewers see her. [Spoiler alert: Spoilers ahead for Cruel Summer, through episode 8]. 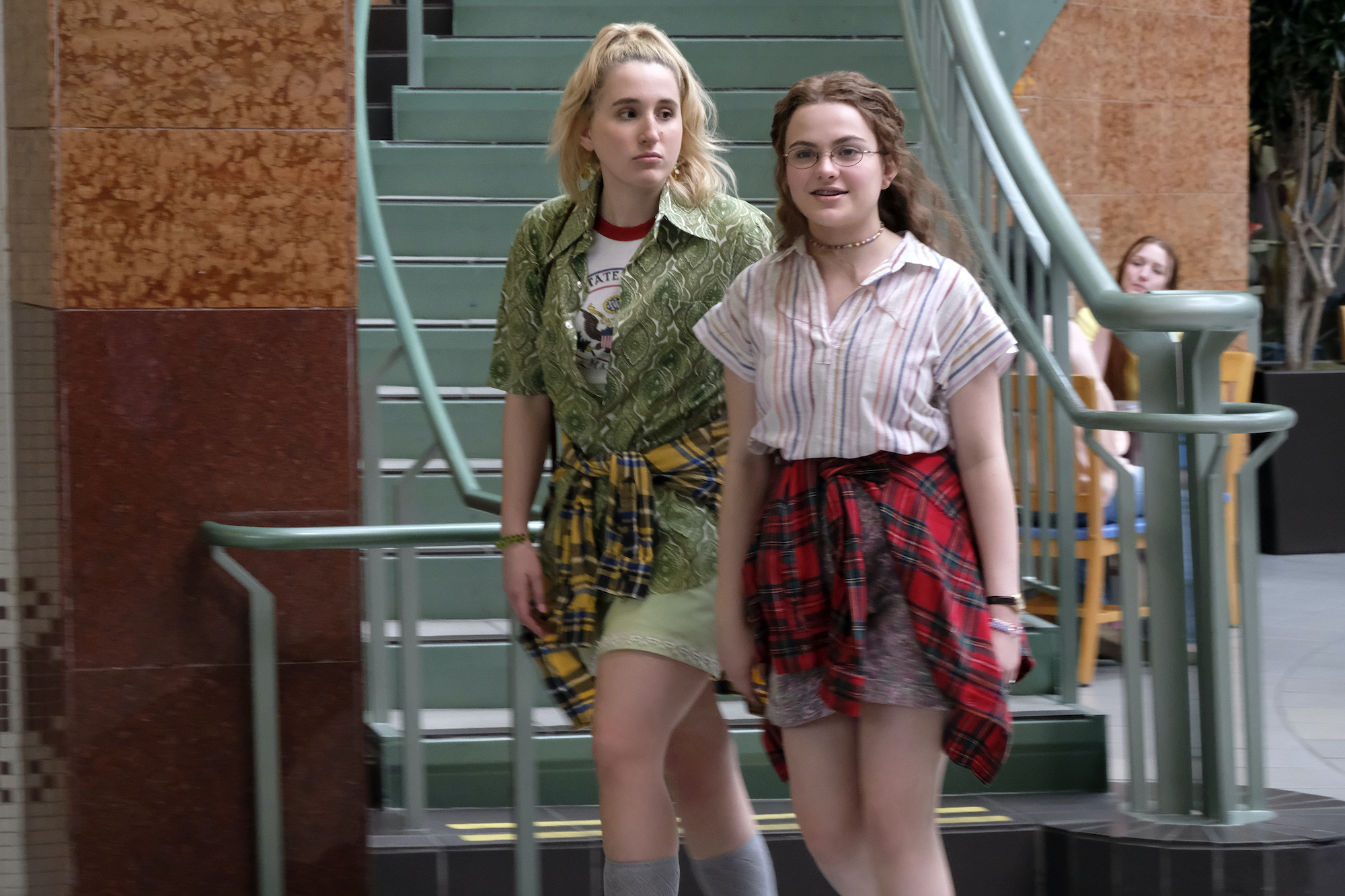 Jeanette Turner used to be this awkward kid who went on to become super popular but then lost it all amid Kate Wallis’ accusations that she saw her in Martin Harris’ basement and didn’t say anything. Mallory used to be Jeanette’s best friend, along with Vince. However, Mallory was never the kindest to Jeanette, and episode 8 showed how they fell off for good.

“Mallory is so awful in the Jeanette-centric episodes- especially this last one,” they wrote. “I was rewatching all the episodes and she is consistently horrible to Jeanette when they are ‘friends.’”

They point out that the way she still treats Jeanette in 1995, especially with the “jabs” she throws at her when she comes asking for the snow globe, shows that even with time passing, she’s shown “no true personal growth.”

Someone commented agreeing and wrote that after rewatching everything as well, Mallory is just not a good friend to Jeanette, even before all the Kate Wallis accusation stuff in 1994. Back when Jeanette was still an awkward kid just trying to follow her fun friend who wanted to have a fun summer.

“[Mallory] is NEVER nice to her. She is always pressuring her into doing things she didn’t have any interest in the first place,” they wrote. “Even Vince seems to just ‘go along’ with Mallory just so there is peace.”

Mallory is completely different with Kate

Another Reddit poster wrote that Mallory comes off as “condescending” to Jeanette, which makes her come off as a “terrible friend” to viewers. There has been some pushback to Jeanette from fans, but the way she put her foot down to Mallory in episode 8 made some of them happy.

Again, fast forward to 1995 and Mallory is completely different in how she acts with Kate. That can be for a lot of reasons. Is it because she knows Kate is in a completely different social “league” than the one she, Jeanette, and Vince were in? Or is it because she values Kate’s friendship more? Is there guilt involved because of what Kate went through? Or because of something darker, still?

There have been a lot of theories that Mallory knew Kate was in Martin Harris’ basement because of the tape, possibly having another copy or seeing her when she recorded it. There are also theories that Kate saw Mallory and not Jeanette but got them confused. Maybe she’s overcompensating in this relationship with Kate because she feels guilty.

“I’m sure you could argue she is being loyal to Kate – but it didn’t seem that way to me,” the first Reddit user wrote about Mallory’s switched alliances and behavior. “And her intense hatred for Kate -(before they meet in the therapist’s office) is this just rooted in jealously- or is there more to it?”

Again, the fact that Mallory was so quick to jump back into “Old Mallory” with Jeanette because of the snow globe inquiry, as the Redditor posed, is enough to show that this “New Mallory” with Kate isn’t maturity but rather circumstance. Or, again, it could really just be her allegiance to Kate coming out and old, negative feelings toward Jeanette resurfacing.

On another Reddit post about how Mallory loves control, another user replied that Mallory is the same person throughout the season.

“She doesn’t change… My biggest wonder is if she actually cares and is protecting a vulnerable Kate or if she is cultivating her to become a 3rd time victim of manipulation and control,” they wrote.

This is a really interesting comment, considering what Harley Quinn Smith said in a recent interview. She told Refinery29 on May 26 that Mallory is who she’s always been and has always been true to herself.

“It’s interesting because in a lot of ways I think Mallory is still very much the true essence of herself,” she said. “That doesn’t really change throughout the years.”

Smith also said that’s a quality of her character that she appreciated, “because she’s just the same old Mallory under different circumstances, and in different times in her life.”

Well, if she’s always been two-faced, then her being the bad guy isn’t far-fetched. But before jumping to that conclusion, there could be other reasons as to why Mallory was not a great friend to Jeanette with the snippets we saw of their friendship and why she changed with Kate.

“All I see is that Mallory is in love with Kate,” the first Reddit user wrote, before going on about Mallory’s possible guilt as well. Smith did post on Instagram that Mallory is a “queer queen,” so maybe there are feelings that Mallory has for Kate that go further than friendship that weren’t there for Jeanette. But that’s reading into her situation in a way that we can’t know right now with the information we have.