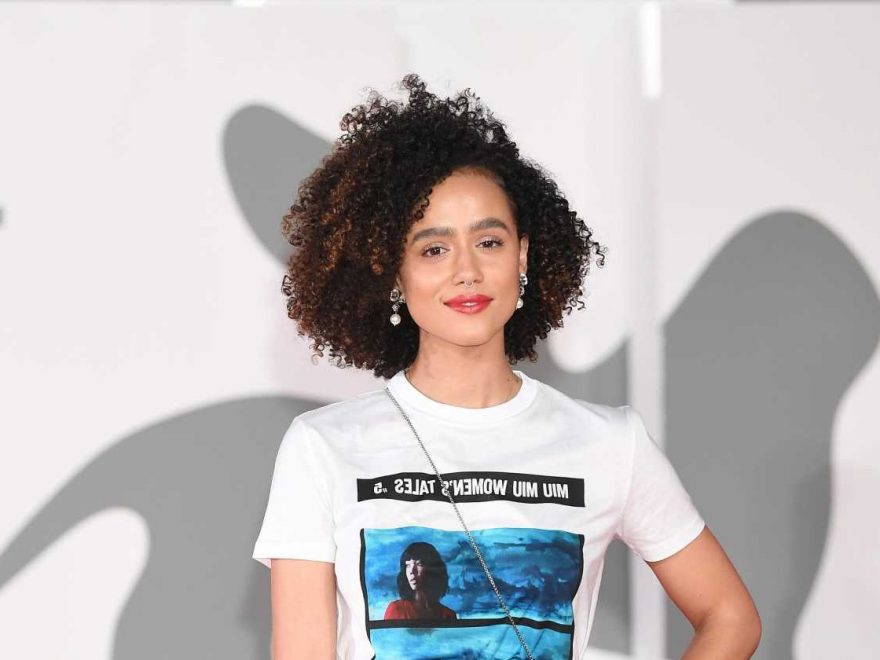 Nathalie Emmanuel is clarifying where she draws the line about nudity on screen.

Emmanuel, who played Missandei for seven seasons on HBO’s “Game of Thrones,” said that while she agreed to “certain nude scenes or nudity” for the show, there was a false assumption that she was comfortable doing nude scenes for future projects.

“And the perception of that from other projects, when the role required nudity, that I was just open to do anything because I did it on that one show,” Emmanuel said during a May 25 episode of the “Make It Reign with Josh Smith” podcast. “But what people didn’t realize was I agreed to certain terms and specific things for that one particular project.”

“I’ve definitely had people challenge me and be like, ‘But this part requires that,’ and I said, ‘Well, that’s fine if you require that in the part. I don’t feel comfortable doing that level of nudity. I will do this amount, you know, I can do this, what I think is necessary for the part,'” Emmanuel explained.

‘Game of Thrones’: Sadly, ‘GOT’ never fixed its problem with women, even in the series finale

Though “nine times out of 10” people were willing to compromise, Emmanuel said she declines a role when it requires full nudity.

“I would be like, ‘well, thank you very much, I appreciate your interest but that’s just not what I feel is necessary for this part and it’s a difference of opinion and creative differences and that’s fine,'” she said.

Emmanuel said the experience of standing up for herself taught her a life-long lesson about self-assurance and pride.

“Nobody can have a go at you for just expressing your opinion as long as you are respectful,” she said. “That was one of the earliest lessons of challenging people of power or systems of power.”

Emilia Clarke, Salma Hayek opened up about their experiences, too

Emmanuel isn’t the only actress to open up about the pressures of appearing nude on camera.

In November 2019, fellow “Thrones” co-star Emilia Clarke discussed feeling pressured into a “(expletive) ton of nudity” during the show’s first season on an episode of the “Armchair Expert with Dax Shepard” podcast.

“I’m a lot more savvy now with that I’m comfortable with, and what I am okay with doing,” Clarke said, adding that she’s had “fights on set before where I’m like, ‘No the sheet stays up.'”

In February, Salma Hayek recalled sobbing while shooting the love scene in her breakout film, “Desperado.”

“When we were going to start shooting, I started to sob,” Hayek said on Shepard’s “Armchair Expert” podcast, adding she kept saying, “I don’t know that I can do it. I’m afraid.”

One month earlier, Keira Knightley revealed that she was also uninterested in filming nude scenes unless they were to be directed by a female filmmaker.

“If (the movie) was about motherhood and literally about how extraordinary that body is … then yeah, I would totally be up for exploring that with a woman who would understand that,” Knightley said during an interview for the Chanel Connects podcast. “But I feel very uncomfortable now trying to portray the male gaze.”

In March 2019, Amanda Seyfried told Fox News that she has “no time for unnecessary nudity or sex” in acting roles. “Because as you get older you realize it’s not easy. It can be funky and uncomfortable,” she said at the time.

In the wake of the #MeToo movement, more Hollywood productions have called in intimacy coordinators on sets to support actors during scenes that require nudity.

“I just cannot believe that they are a relatively new job,” “Normal People” actress Daisy Edgar-Jones told USA TODAY in May 2020. “I can’t believe that scenes like that were ever filmed without one, because you know, it’s just really important that the kind of environment is very safe when you’re filming those scenes, because it is quite a vulnerable place to put yourself.”

Obsessed with ‘Normal People’?: The stars open up about fame, sex scenes and Connell’s viral necklace

On Sunday, Michaela Coel who co-wrote “I May Destroy You,” which follows themes of sexual abuse and consent, dedicated her acceptance speech at the 2021 BAFTA Television Awards to her intimacy coordinator, Ita O’Brien.

“Thank you for your existence in our industry, for making the space safe, for creating physical, emotional and professional boundaries so that we can make work about exploitation, loss of respect, about abuse of power without being exploited or abused in the process,” Coel said.

Amanda Seyfried: says motherhood made her rethink taking roles with ‘nudity or sex’

Natalie Portman: Being sexualized as ‘Lolita figure’ as a young actress ‘made me afraid’