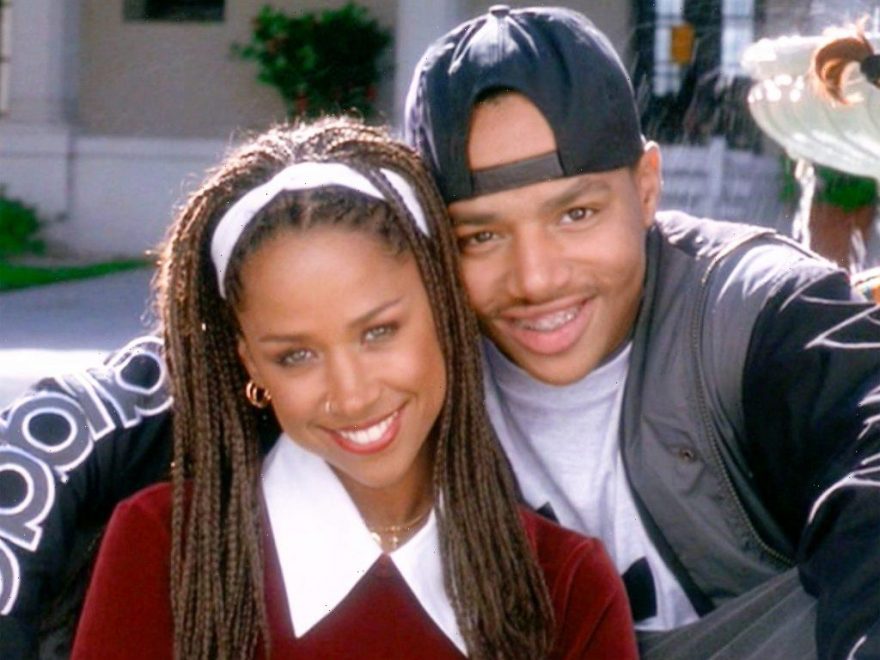 In the late 80s and early 90s, most teenage boys fawned over Stacey Dash. Apparently, so did her future Clueless co-star Donald Faison. Faison says he was infatuated with Dash before landing the role as her on-screen boyfriend. It became the highlight of the early years of his movie career.

By the time Dash was cast in the role of Dionne Davenport in Clueless, she was already a sex symbol in her own right. She made her debut television appearance in the NBC crime drama Farrell: For the People pilot. After that, she had guest appearances in The Cosby Show, and larger roles in series like TV 101. But, her big break came from roles in movies like Mo’ Money and Renaissance Man.

She’d also appeared in several music videos for artists like Christopher Williams and Luther Vandross. Faison took notice of Dash from her part in Mo’Money.

When he got the chance to star as Dash’s on-screen love interest Murray, he couldn’t contain his excitement and even bragged about it to his friends. “I was enamored by her,” he once shared, as reported by E! News. “I remember telling my friends that I was going to be dating the girl from Mo’ Money and they were going crazy, asking if I was going to kiss her. I was like, ‘Yeah! You bet I’m gonna kiss her. I’m gonna give her a good kiss too!’”

Amy Hecklering, the writer and director of Clueless, said Faison’s adoration for Dash was clear from his reaction to their first on-screen kiss. “When I said ‘cut,’ he just jumped around the set like crazy,” Heckerling told The New York Post in a 2020 interview. “He was bouncing around like a puppy. God, he was happy and proud.”

Donald Faison was surprised by the success of ‘Clueless’

Prior to Clueless, Faison had minimal roles in urban films like Juice. With Clueless being outside of his comfort zone as an actor. The experience was surreal for him.

Still, he was unsure how the film would be received by audiences.

“I also remember thinking, ‘This movie will never come out,’” he admits. “Nobody’s going to see a silly movie where we’re talking really weird – what the hell is a baldwin? And I remember Adam Schroder saying, ‘It’s gonna be a hit.’ And me looking at him like, ‘This movie?!’”

Dash reprised her role as Davenport in the television show spinoff from 1996 to 1999. Her role in the movie and show is most commonly associated with her as an actor.

She says there’s a reason for the film’s success, telling Elle Magazine that the innocence of the film and cast set them apart from the rest of their time. She also notes that at the time of the film’s release, there was no other film like theirs.

“[Clueless] started a trend, but I don’t think anyone hit it quite like we did,” she said. “We weren’t mean girls, we weren’t snobbish – we were just teenagers who had opinions, but we always wanted to help. We always thought we could make you better and we were willing to give you a try if you were willing to change the way we wanted you too.”