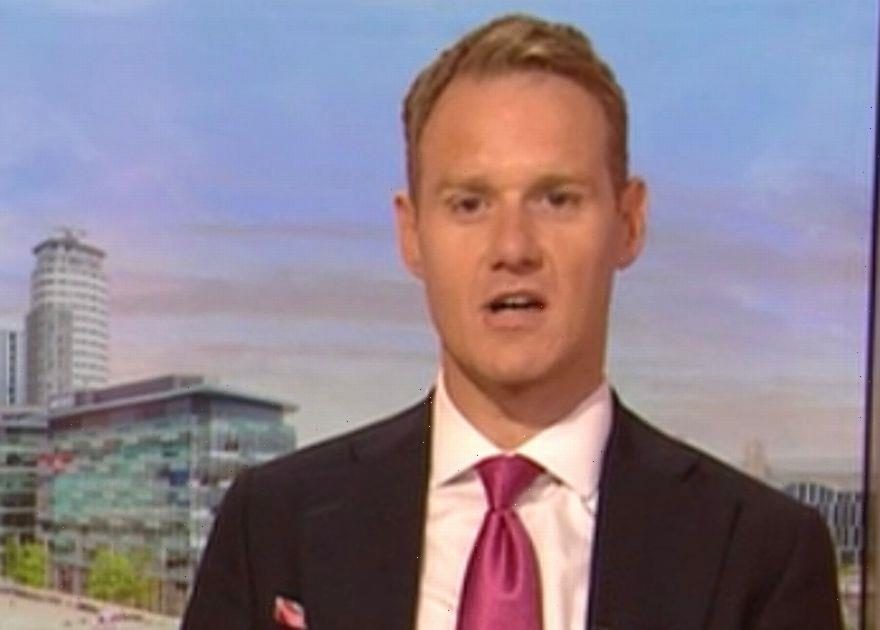 Dan Walker's on-air replacement will receive a payslip of £100,000 per year for a three-day workweek.

The presenter, 45, is leaving his seat on the BBC Breakfast segment for a job at Channel 5 news – and now his job is up for grabs.

The job advertisement online revealed the successful applicant will be in the BBC's bespoke FP pay band, reserved for “its most senior 100 to 150 on-air presenters”.

And the role only requires you to work three days a week.

The job, which is based at MediaCityUK in Salford, will include Monday, Tuesday and Wednesday as a working pattern.

The 26.25 hours a week includes travel time for location work where necessary.

The BBC stated they were “seeking a Chief presenter to work with Sally Nugent, Naga Munchetty and Charlie Stayt on the UK’s most-watched morning show.”

The segment is looking for someone who is “authoritative and experienced” as well as “warm and entertaining”.

Dan used to work six days a week presenting on-air, but the replacement will only be required to work part-time with a three-day work pattern.

BBC released a register of external events detailing how much their talent made outside of the organisation.

The former BBC presenter earns almost £300,000 a year while his co-star, Naga, made between £5,000 and £10,000 for hosting an awards ceremony for the British and International Golf Greenkeepers Association this year.

Dan Walker today had to take over as co-host Sally Nugent was left in tears during this morning's programme.

The pair were discussing the heartbreaking post of Deborah James, who is battling advanced bowel cancer.

Sally Nugent choked back her tears as she paid tribute to the BBC podcast host, who has been moved to hospice care at home in her final moments.

Dan Walker said: "Now, many of you will know Deborah James. She is the presenter of You, Me and the Big C podcast and she's been on this programme many times as well.

"We have been fortunate enough to have her not only on the sofa but during the pandemic we spoke to her on numerous occasions, didn't we?"

Sally continued: "Sadly, Deborah – who was diagnosed with bowel cancer five years ago – shared a message on her Instagram account yesterday saying she's now been moved to hospice-at-home care.

"These are her words now: 'The message I never wanted to write. We've tried everything, but my body simply isn't playing ball'."

Dan said: "Deborah has now announced she's set up the Bowel Babe fund in her name, to try and raise money for cancer research.

"She included links to some of the charities closer to her, including Cancer Research UK, The Royal Marsden Cancer Charity and Bowel Cancer UK. And there's been so much money, hasn't there, donated?"

He added: "I think just over £700,000 already in the last few hours since she put that out last night, which is an incredible amount of money.

Lorraine Kelly also paid tribute today, saying: "If you can, give whatever you can. Even if it is just £1. She has already saved lives, we know – remember Charlotte, Charlotte watched Deborah last year and thought 'oh, that feels something I need to see the doctor about', and she got it sorted and she's fine. We'll never know how many lives she saved."