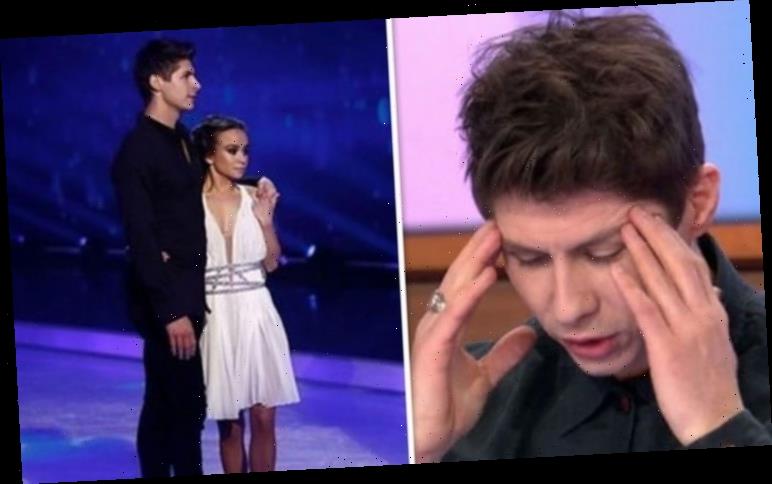 The Loose Women panel were joined live in the studio today by Dancing on Ice contestant Ben Hanlin who came bearing gossip. The star was in the bottom two last weekend with his partner Carlotta Edwards, but Ben has now revealed exactly why he was in the skate off, hitting out at bosses saying that they “stitched” him up.

Last weekend saw as ‘H’ and Matt were pitted against magician Ben Hanlin and professional skater Carlotta Edwards in the skate off after receiving the lowest number of votes.

Ben joined Andrea McLean, Brenda Edwards, Denise Welch and Kelle Bryan, but before they got onto skating news the magician revealed he had been struggling to dance because of a very personal issue.

Andrea revealed that just a couple of weeks ago, Ben’s daughter Delilah had been rushed into hospital with sepsis.

Ben explained: “At the time I had got off the ice and was at a gig, I was about to go on stage and I got a call from my wife who said ‘I’ve just called an ambulance’. 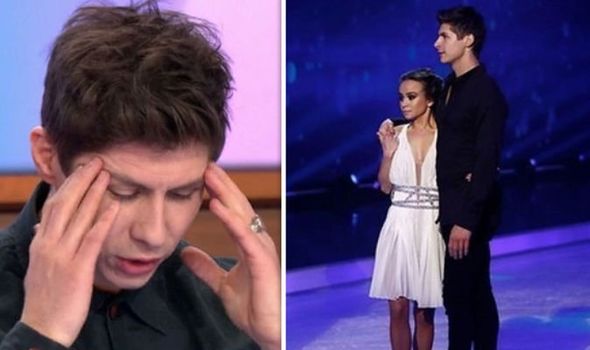 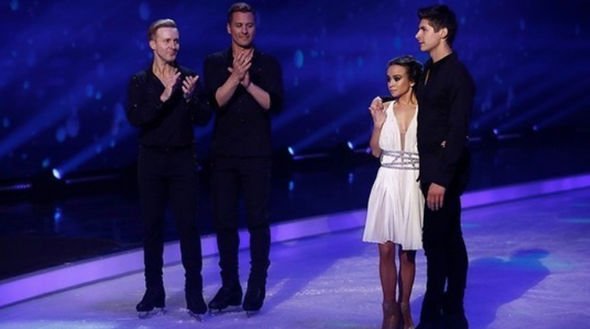 “So I literally said to them ‘I can’t do this gig’, got in the car and as I drove up there was an ambulance outside my house.”

Ben went onto explain that his daughter was rushed to hospital and it took the doctors two hours to bring her temperature of 103F back down.

He said: “We were very, very, very lucky. We were one of the lucky ones where she reacted quickly and we got there quickly.”

Brenda said: “You say you were at a gig when you got the call, but you went back to work?” 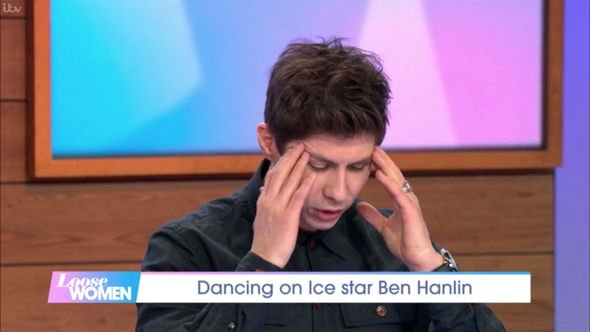 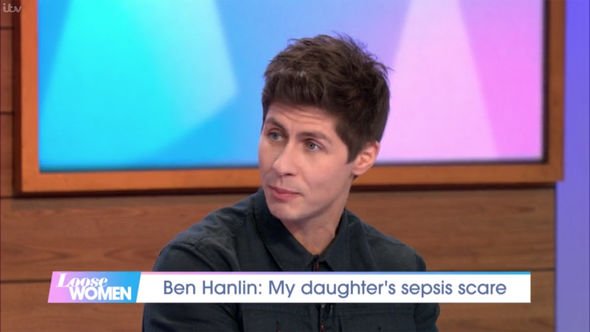 Ben explained: “So obviously Dancing on Ice is on every Sunday and this happened on Thursday. My wife and I had a chat and she was stable by then and Briony went, ‘there is nothing you can do here. Go to training and come back’.”

Ben managed to perform after the ordeal but it was last weekend that saw him in the bottom two requiring him to skate again for the judges.

Denise asked: “What did it feel like, because your family came to watch this week when you were in the dance off in, which you just escaped and lived to fight another day.”

Ben interrupted: “It’s cause they stitched me up with Morris dancing.

Andrea chipped in: “I always think it’s so much more challenging for the male dancers as the women can be a bit more guided round and you’re the one that has to do all the guiding.

“Is there a secret to it? What are you working on this week?

He explained: “We are working on the headbanger, so we were practicing it this morning with the helmet on.

“Carlotta was a lot more nervous after this morning let’s put it this way.”

The skaters are now in week eight of the competition and so far Caprice Bourret, Trisha Goddard, Kevin Kilbane and Lucrezia Millarini have all left the competition, but who will leave this weekend?

‘H’ and Matt said that even though they were leaving they had “still won” having made Dancing On Ice history becoming the first same-sex couple to skate together. When it was revealed that they would be leaving, Matt said: “For a lot of people around the country, we’ve won.”

Dancing On Ice continues on ITV this Sunday at 6pm.