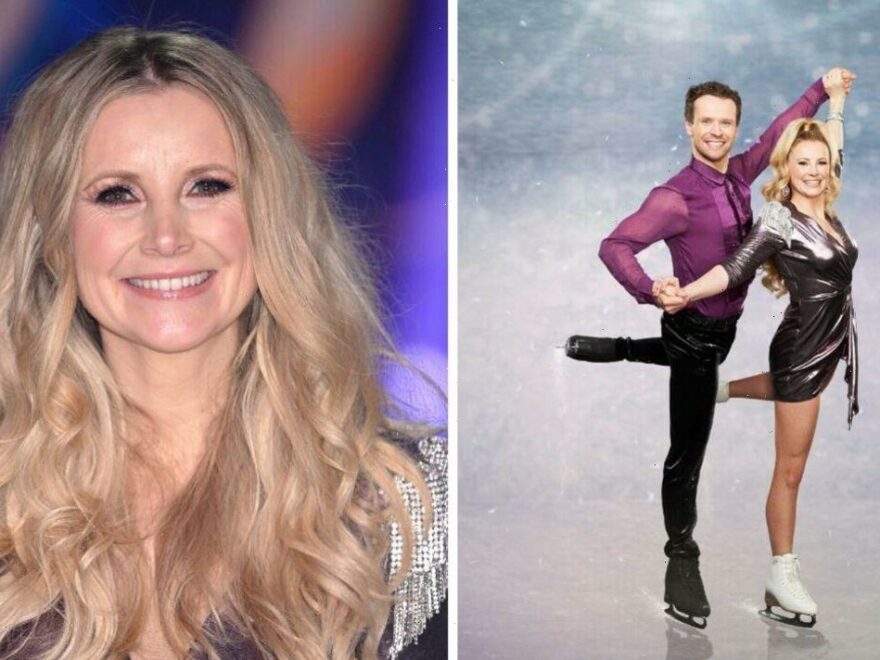 Last weekend the popular ITV competition returned to screens for its 15th series as the first half of celebrities took to the ice for the first time. However, when speaking to Express.co.uk, Dancing on Ice contestant Carley Stenson revealed she’s been given stern instructions on future routines.

This Sunday the second half of the celebrity contestants will be taking to the ice to showcase their routines to the judging panel.

Carley’s been partnered with professional skater Mark Hanretty for the series and has spent the past few months practising their routine ahead of the second live show.

When speaking to Express.co.uk and other media outlets, the topic quickly turned to the infamous dangerous move viewers anticipate seeing the celebrities attempt, the headbanger.

The intense move often sees the male skater spin his woman partner from her ankles as he swings her up and down while going in circles, making her head get dangerously close to the ice.

When asked if anyone has attempted to try the headbanger, the 40-year-old confessed she won’t be doing it this series.

“We’ve said we’re going to try and find something just as challenging and just as impressive.

“So that’s a lot of homework for Mark to cope with! But yeah my mum made me promise.”

However, one celebrity eager to try the move in the future is former Liberty X star Michelle Heaton.

“I hope that I’m in it long enough to show you all. I will be hopefully attempting it.”

The 43-year-old revealed that she and her skating partner Lukasz Rozycki have spoken about them one day attempting the headbanger.

She added: “If I was two inches higher I wouldn’t be thought of.

“So hopeful, in the coming weeks I will attempt it, I haven’t yet!”

Michelle was one of the stars to skate during the opening show and received a total score of 19 from judges Ashley Banjo, Oti Mabuse, Christopher Dean and Jayne Torvill.

The score resulted in the singer being at the bottom of the current leaderboard with Olympian Nile Wilson securely at the top with a score of 29.5.

However, it was Love Island winner Ekin-Su who found herself in the bottom due to the public vote and will be going head-to-head with another celebrity to stay in the competition.

Speaking to host Phillip Schofield after she learnt she was in the bottom, the 28-year-old said: “I’m just sad, but you know it’s fine, keep going.”

Dancing on Ice continues Sunday at 6:30pm on ITV and ITVX.