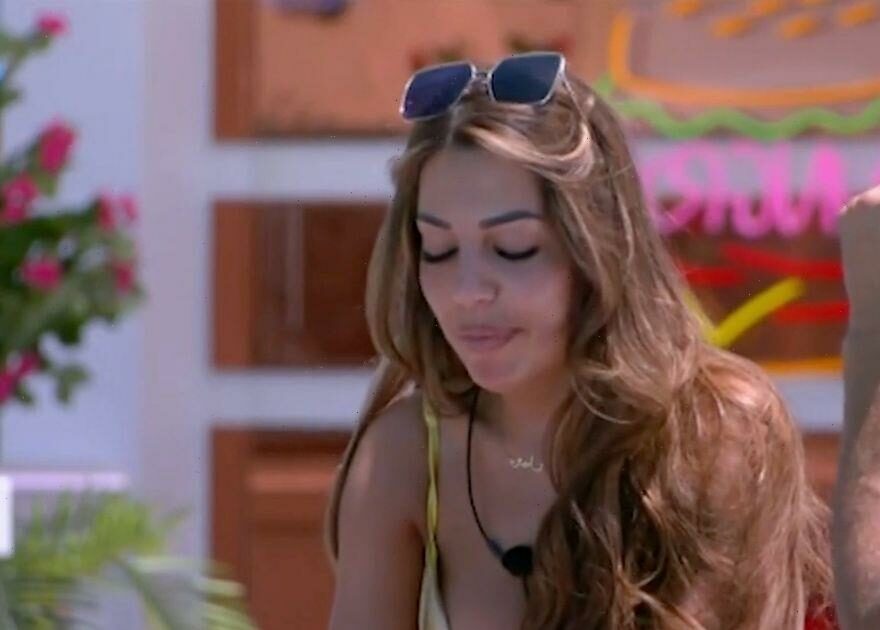 Love Island fans were left horrified in Unseen Bits on Saturday (January 21), after Tanyel Revan admitted to a disgusting habit.

During an unseen clip from the popular ITV2 reality dating series, Kai Fagan could be seen chatting to Tanyel after he took a dip in the pool.

Talking about the chlorine in the water, Tanyel then put a grim question to Kai – does he ever pee in the pool?

Kai laughed awkwardly before replying: "I'm not answering that question," before continuing: "I don't really go swimming, but when I'm on holiday, do I ever p*** in the pool?"

However, Tanyel soon admitted to a disgusting habit as she revealed: "I always p*** in the pool. It's just too long to go the bathroom."

Kai was left looking visibly horrified as he jokingly told her: "I'm not standing next to you then."

It seems fans at home were also left disgusted too, as they flocked to social media to comment on the clip from the latest episode of Unseen Bits.

"Tanyel p****s in the pool, disgusting," commented a third.

A fourth penned: "Ew, Tanyel babe, why would you say that?"

The latest episode of Unseen Bits also saw the return of the "cursed" yellow bean bag, which show narrator Iain Stirling commented was labelled as cursed during last year's season.

Contestants in the 2022 series who sat on the yellow bean bag either had their partner stolen or were sent home from the villa, leading to the idea that it was cursed.

During Unseen Bits, fans watched a conversation between Olivia Hawkins and Harris Namani as they discussed weird things about themselves.

However, Harris was quick to move away when the discussion turned to the colour yellow, with Harris realising that the infamous yellow beanbag was in close proximity to them.