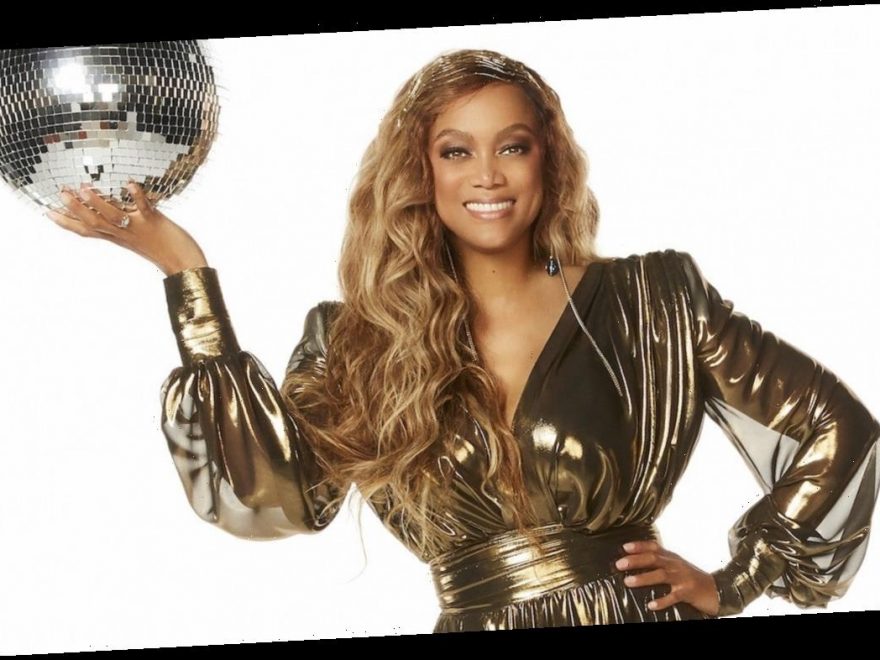 Dancing With the Stars is back for its 29th season, and although the ballroom will look a bit different this year due to the ongoing coronavirus pandemic, the celebrities and their pro partners are ready to put on a great show!

From what songs will be featured during week one to how the contestants are feeling about their routines, ET’s breaking down everything you need to know ahead of Monday’s premiere.

Monica Aldama from Netflix’s Cheer told ET that rehearsing for the show is definitely unlike “anything I’ve ever done before.”

“The technique and the muscles that I have to use are completely different than what I do in cheerleading,” she explained. “So it has taken me a lot of work to try and train my body to stay in a certain position. I’m still not 100 percent on it yet, but my consistency rate is getting better.”

“Rehearsals have been going good, I’m learning a lot of new things,” she continued. “I’ve been working really hard. My body is really sore, but I’ve definitely been putting in the work both inside the dance studio and back at the apartment, doing everything that I can to prepare. I’m still pinching myself every day that I’m even here!”

“I can’t lie, I’m feeling really good, but rehearsal is kicking my butt,” he joked. “It’s challenging. It presents so many different challenges because you’re moving in so many different directions. You’re moving backwards, sideways, so when I get home, all I wanna do is just lay down, get a massage and take care of my body in recovery. It’s extremely important when dancing, and I’m learning that dancing is not easy.”

As for his first dance, Davis described it as “free.” He teased, “You just feel free. I don’t wanna give too much, I wanna surprise you guys. I can’t take away the element of the surprise.”

Jeannie Mai, co-host of The Real, told ET that she’s actually dedicating her first DWTS routine, a Salsa, to her fiancé, Jeezy.

“The first dance is very symbolic to me because it actually echoes the first date that I had with my now-fiancé,” she gushed. “Even then, when I went on that date with him, what I was doing was not the Salsa. I’m saying this is really humbling because I can’t believe what I’m learning now is nothing like the moves I was doing that day!”

“I don’t even know how I made it through that night but clearly he liked what he saw,” she added. “So this is not a redo; this is about to be the 2.0. I’m about to show him on our wedding night what exactly it was supposed to look like. I’m gonna seal the deal even more.”

Fans can also expect actress Justina Machado to bring the heat on premiere night! While she admitted she’s already had a breakdown “while driving home” from rehearsals — and has basically “gone through every emotion” at this point! — she’s excited for her journey to officially begin.

Of her first dance, she teased, “It’s in the world of Latin.”

As for actress Anne Heche? While she didn’t reveal which song or dance she’ll be taking on during the premiere, she did share whether her and her partner are more nervous or excited ahead of their ballroom debut.

“I’m feeling like I have a flutter in my heart is what I feel like,” Heche joked. “It is daily. I gotta say, it’s better than Red Bull. It is one of the most delightful challenges I’ve ever been given, and certainly one of the most difficult in terms of learning a new craft. It has been fascinating and wonderful.”

Retired NBA star Charles Oakley is also feeling the pressure, but told ET he is in good hands with his “great partner.” The two will be dancing to 50 Cent’s “In Da Club.”

“First dance, we’re gonna be doing a lot of spinning and turning, a lot of energy,” he teased. “We’re gonna be playing ‘In Da Club,’ so, you know, we really gotta get down to it. It’s a good song, and 50 was my neighbor [when I lived] up in New York. He’s a great guy!”

Meanwhile, Tiger King star Carole Baskin will be dancing to “Eye of the Tiger” — “It was my first choice,” she shared — while rapper Nelly will be performing a Salsa to his own hit, “Ride Wit Me.”

“Doing my own music is mixed emotions for me,” Nelly admitted. “On one hand, I’m very thankful that they’re using my music, but on the other hand it’s like, ‘I came here to dance and not really be Nelly, but to bring Nelly to a different genre.’ But I’m game, so we’ll see what happens!”

As for former Bachelorette Kaitlyn Bristowe, she played coy on her song choice, telling ET, “Well, I can tell you that it’s challenging.”

“There’s a lot going on and I thought my hips could move the way I wanted them to but it turns out they can’t,” she added, laughing. “But I’m obsessed with the song.”

Bunk’d star Skai Jackson told ET she has a Tango, but also played coy on which song she’ll be dancing to.

“I’m going to keep the song a surprise, but I will say, [the singer], she’s the queen of something, of a music genre. She’s amazing and I love her so much! I’ve been a big fan of her for years and years and years,” she teased. “And she’s from New York, too, so I think that will be really cool … bringing that New York energy, that vibe. I can’t wait. I think people are definitely going to love the song!”

Additionally, Backstreet Boys singer AJ McLean will be dancing to a song by The Weeknd — “It is fast,” he teased — while Selling Sunset star Chrishell Stause will be rocking it out to Pink’s “Raise Your Glass.”

“That song kind of feels like that anthem for the people that feel a little bit like misfits with whatever that’s going on in their life,” Stause explained. “I feel like it’s a good 2020 anthem … Let’s pick ourselves up. We got this! Also, we can really use a drink, let’s be honest.”

Unlike stars like Bristowe and McLean, who have known for months now that they’d be competing on the show, Nev Schulman found out he had been cast just over a week ago. On top of that, he also had to start rehearsals later than everyone due to COVID-19 safety protocols.

“It’s been a whirlwind. I only just got to L.A. a couple days ago,” the Catfish: The TV Show host told ET last Monday, exactly one week before premiere night. “For safety purposes, I haven’t even started rehearsing in the studio yet because I’m waiting to get my test back to make sure that I’m COVID-free.”

“It’s just been exciting and non-stop,” he continued. “I really haven’t felt this sort of energy and excitement in a long time, so it’s been fun.”

Actor Jesse Metcalfe will also have a difficult first week, as he’s been given one of the most technical ballroom dances of all: The Quickstep.

“It’s a very challenging dance right out the gate, but I’m hoping to wow people early,” he said. “I’m going to give the people a lot of passion, a lot of commitment and I think they’re going to like what they see. I think I’m going to give them what they want. I do feel like I can win this competition and my secret sauce is my work ethic.”

As for who we think will be a frontrunner right out the gate? We’re guessing Olympic figure skater Johnny Weir, who will surely be pulling out all the stops when he performs to “Buttons” by The Pussycat Dolls.

“Cha Cha Cha, ladies and gentlemen!” he teased. “Right now, it’s so important for our world to start healing. It’s filled with fear and stress and panic. So if I can bring even a little bit of joy or laughter, or tears of happiness to people, for a few minutes every week? That’s why I decided to do Dancing With the Stars.”

“I want to entertain people,” he continued. “That’s what I do, that’s why I was put on this earth and I think that that’s the best thing I can do right now, with my skill set, to take people on this journey with me. I’m so excited to try something new and different.”

Tune into Entertainment Tonight on Thursday to hear more from the cast, and be sure to watch the Dancing With the Stars premiere on Monday, Sept. 14 at 8 p.m. ET/PT on ABC to find out the celeb-pro pairings. In the meantime, let us know on Twitter (@etnow and @desireemurphy_) who you’ll be rooting for this season!