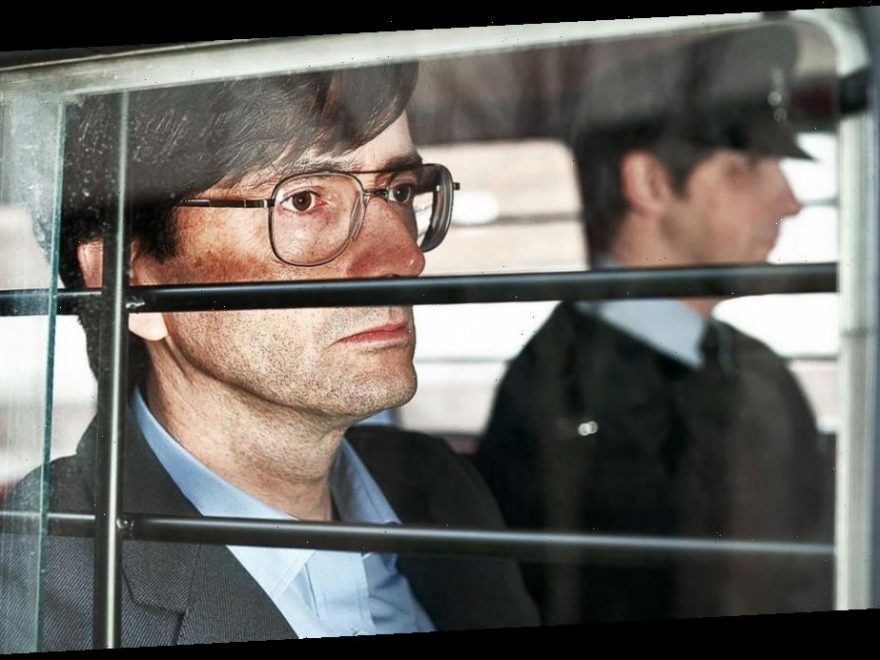 He is bringing serial killer Dennis Nilsen to terrifying life in a chilling new drama.

But actor David Tennant admits he already had an interest in the sick murderer – because people said they looked alike.

And it has to be said, with the oversized glasses and side-­parted hair, the resemblance is uncanny.

Years before being cast as Nilsen, Tennant had read his ­biography, Killing For Company, and had lived near the scene of his later murders, Cranley Gardens in north London.

Tennant says: “It was a story that was on my radar. I’d read Killing For Company many years before, partly because I lived just down the road from Cranley Gardens so it felt like a bit of ­local history, and also because a couple of people had said, ‘He looks a bit like you’.

“Then you start investigating this story. It was a story I thought we should tell.”

The three-part show, Des, looks at Nilsen’s arrest after ­human remains were found in his drains by a Dyno-Rod plumber who called police.

The monster killed 12 men and boys and tried to murder seven others between 1978 and 1983. Nilsen plied his victims with alcohol and lured them back to his flat, before killing them, often using strangulation, chopping up their bodies and keeping the remains.

When he was arrested he claimed to have murdered 15 but insisted he couldn’t remember their names, meaning police struggled to identify the victims, who were often homeless.

“It’s taken about five years from when we started talking about it to getting it on screen and I feel very privileged to have seen it through.”

Nilsen died behind bars in 2018 and Tennant is glad he wasn’t around to see this ­programme aired as he would have enjoyed the attention far too much.

“One of the things Nilsen ­became obsessed with was the legend of Des,” says the actor.

“Whenever he slipped out of public consciousness, there was almost a sense he wanted to get back into it. That’s why I’m very relieved he’s not alive.

“I would hate for this to go out and him be sitting in a cell imagining we were in any way glorifying him.

“I’m sure he would have ­complained about everything we said and did, but at the same time would have been rather smugly pleased he was on television, so I think it’s right and proper this is transmitting after he’s gone.”

The Scottish actor, who previously starred in Broadchurch and Doctor Who, was also keen to understand Nilsen as much as possible and not end up simply doing an impression of him.

He says: “There is some footage you can watch, there’s a lot that has been written about him and people who knew him quite well. I did spend quite a lot of time studying him, listening to his voice. You take all that in and then forget about it. You don’t want to be doing a Rory Bremner version of Dennis Nilsen – you are trying to get to the truth.

“From an acting point of view, these are the sort of psychologies you are fascinated by. It doesn’t mean you agree with them or you commend them, but trying to unpick what went on in the mind of someone like that is horrifying and fascinating.”

Yet despite all his research, Tennant is still at a loss as to why Nilsen committed his horrendous crimes.

“I don’t think Dennis always knew,” he says. “I think there were often two things going on at once – moments of blind rage with no pre-meditation and also elements of preparation.

“He went to great lengths to get ready for luring people back to his flat with the intention they might never leave. We’ll never know for certain.”

The ITV drama also stars Daniel Mays as DCI Peter Jay – the cop investigating Nilsen – and Jason Watkins as biographer Brian Masters, who penned Killing For Company after many meetings with the killer. The ­production team contacted the families of Nilsen’s victims – some of whom agreed to speak to them, others for whom it was still too raw.

Everyone involved was keen to not sensationalise Nilsen but keep the actual murders off screen and respect the dignity of the victims, whose only crime had been to go home with someone they met in the pub for a few more drinks.

The drama also asks how Nilsen was able to get away with his crimes for so long, with the suggestion it was because ­society cared so little for these poverty-stricken men.

It is called Des ­after the name Nilsen – who was previously in the Army and police, worked in a Jobcentre and was a union rep – also went by.