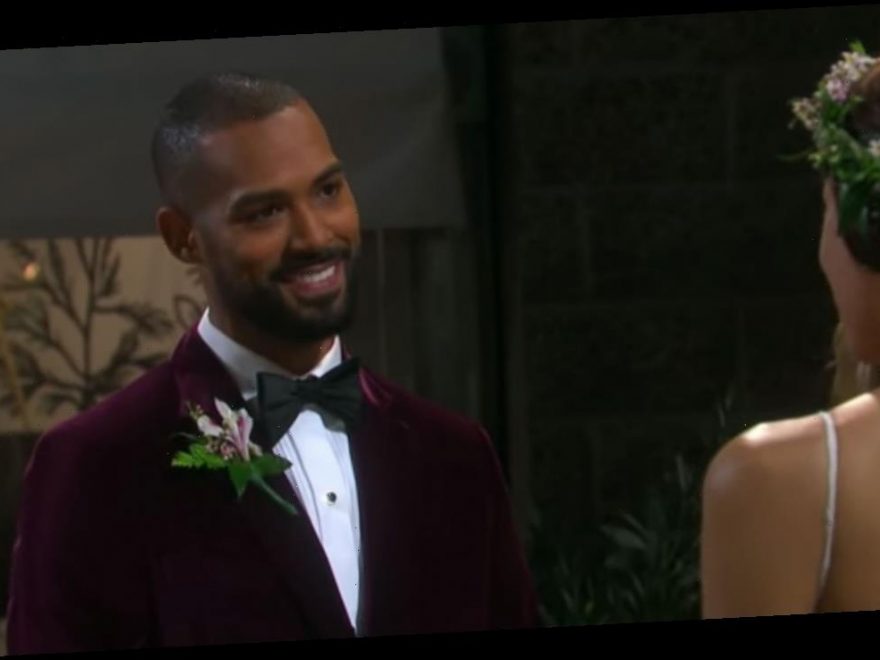 On Days of our Lives, both Gabi (Camila Banus) and Eli (Lamon Archey) are suddenly single, and not by choice. Stefan (Brandon Barash) left Gabi after he was accidentally shot dead by Lani (Sal Stowers), who just dumped Eli at the altar. The result is a strange and twisted connection between Gabi and Eli.

Could their mutual tragedies turn into a love connection?

Stabi married first for convenience and then fell in love. Elani is genuinely in love but never got a chance to marry.

A Geli union may seem far-fetched, except for the fact that Gabi’s mourning has her on a revenge kick.

She made Lani dump Eli as a punishment for killing Stefan. Now, it looks like she’ll deliver another blow to the runaway bride by moving in on her man.

If she doesn’t kill Julie (Susan Seaforth Hayes) first! Remember, Gabi has Lani where she wants her by threatening to kill Julie if Lani doesn’t obey. How? Gabi has hacked into the poor woman’s pacemaker and is revving it up periodically to blackmail Lani. Gabi doesn’t mind killing off the last remnants of Stefan since it’s his donated heart that she’s toying with.

Now it appears that she will not stop until she has Eli’s heart as well. After his dumping, Gabi ran to be the first one to console the jilted guy. And by the looks of it, Eli wasn’t fighting the pity party.

What do you think, would it be just desserts for Gabi to take Eli from Lani, as Lani took Stefan from Gabi?

Do you think that Lani has suffered enough?

To further complicate matters, DOOL is set to jump forward a year in storytelling time. Do you think when the future becomes the present, Eli be with the love of his life, with Gabi or with someone entirely different?