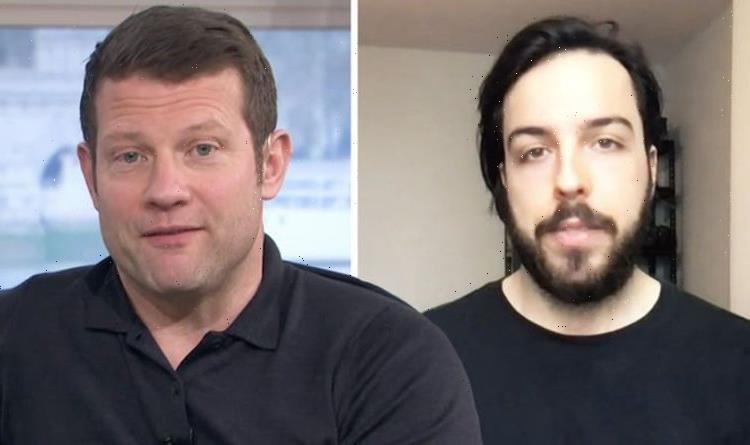 Dermot O'Leary reveals he 'was a partner of a fish restaurant'

Seaspiracy on Netflix has caused a lot of debate. The documentary which was created by Ali Tabrizi takes a closer look into the fishing industry and the impact it has on sea life and the oceans. After watching the programme, many viewers vowed to never eat fish again and expressed shock at the industrial scale of fishing. Others, however, have argued it oversimplified a very complex issue – many communities rely on their fishing jobs in order to survive and actually practise sustainable methods. The creator joined Dermot O’Leary and Alison Hammond on This Morning to discuss the response and they had also invited British fisherwoman Ashley Mullenger to give her opinion on the matter. During the conversation, Dermot explained how he used to be a partner in a restaurant that served fish and how that business ensured sustainable methods of catching the fish were in place.

Dermot said: “I was a partner in a fish restaurant in Brighton for seven years and we prided ourselves on being sustainable.

“In those seven years, we never served cod as our fish and chips once. We served dogfish which you market as rock salmon, we served whiting and pollock.

“All of these we made sure we sourced sustainably, so there is a way of doing this Ali, do you agree?” He asked.

Ali replied: “It depends, sometimes you get bycatch which you would say ‘let’s just keep it and that would be sustainable’ but all that does, that population, say dogfish, gets depleted. 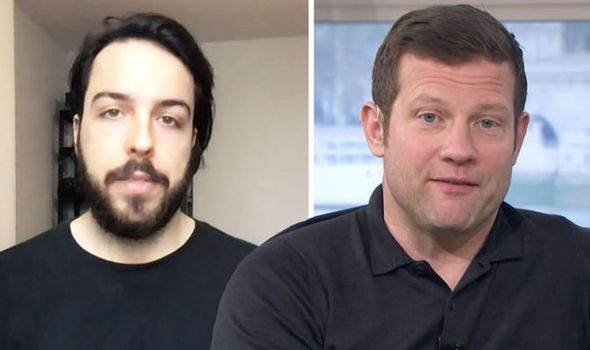 “So yes, those kinds of measures might be better, but I think we should be leaving our oceans alone at this point, especially when according to a 2018 report from the United Nation’s by 2050 90 percent of most typical fish populations will be depleted,” the documentary maker commented. 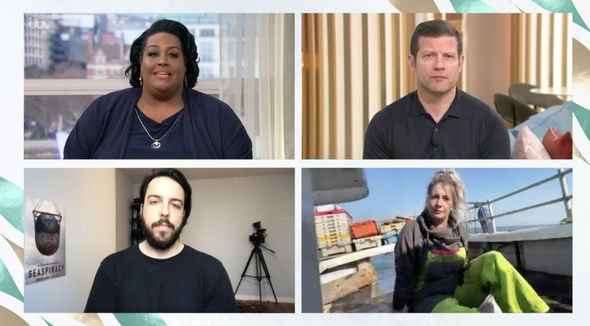 “There are some great initiatives surrounding recycling the nets that do wash up. I thought the Great Pacific Garbage Patch, the 46 percent of fishing gear – the project that actually cause it was done via a trawl net – trawled up and anything small that was in that trawl would’ve gone through it.

“So how accurate that study is – I’m not sure,” the fisherwoman said.

It comes after the BBC looked into the claims made in Seaspiracy. 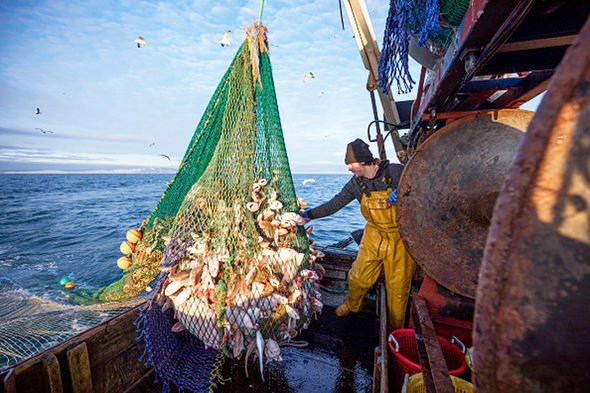 According to the documentary, nearly 50 percent of plastic in one Pacific Ocean area is fishing nets.

The film points to the Great Pacific Garbage Patch – which is a large collection of floating debris, containing a lot of fishing nets.

“We hear a lot about the Great Pacific Garbage Patch (GPGP)… 46 percent of it is discarded fishing nets, which are far more dangerous for marine life than our plastic straws,” Environmentalist George Monbiot who contributors to the documentary said.

The author of the study, Boyan Slat, which has been quoted in the documentary discussing the GPGP actually argued “thin” plastic – such as bags and straws – tend to disintegrate and sink to the sea bed and the fishing gear is mostly “thick” – think of buoys crates and nets.

Also in the documentary, Ali argues the global campaign to ban single-use plastic straws “was like trying to save the Amazon rainforest and stop logging by boycotting toothpicks”.

The statistic – 0.03% of ocean plastic is straws – is sourced from two studies highlighted in the film and is very much an estimate.

No one really knows the number of plastic straws in the ocean and on the shores but experts agree it’s a lot less than dumped fishing gear, with one professor stating straws are not a bigger issue than lost fishing gear.

This Morning airs weekdays at 10.30am on ITV.