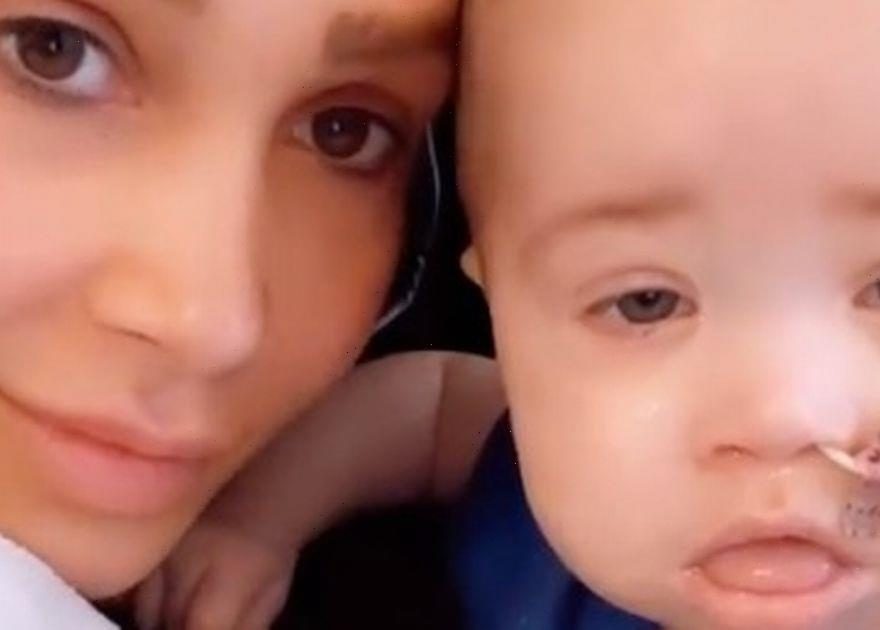 Ashley Cain’s girlfriend has broken down in tears in her latest social media post about their terminally ill baby.

Safiyya Vorajee admitted “this pain is torture” in a poignant and emotional video after the couple learned doctors can do nothing more for their poorly baby Azaylia.

Azaylia has been battling an aggressive brain tumour since she just eight weeks old.

But doctors have now told the heartbroken family that there is no way of saving her.

The little baby girl is spending her final days at home – and Safiyya has vowed to make every moment count.

With tears in her eyes, Safiyya is seen cuddling her infant with Whitney Houston’s ballad Miracle playing the background.

"This pain is torture," revealed an emotional Safiyya. "I'll always believe in you baby.

"Life can be cruel but I'm so happy for today… I love you."

Azaylia was rushed back into hospital on Sunday night after suffering a series of worrying nose bleeds and underwent an emergency transfusion. Safiyya also revealed the couple’s baby is suffering from bleeding under the skin and shared a picture of a bruise on her daughter’s leg.

And heartbreakingly Ashley recently admitted that since her tumours have spread to her brain, Azaylia has been losing some movement in her face.

At the weekend former MTV Ex on the Beach star Ashley revealed that Azaylia was coming home, posting a photo of his daughter in the back of an ambulance to his 1.3million Instagram followers.

And the former footballer penned an emotional tribute to his daughter on what was her eight-month birthday.

“Today is her 8th month birthday!” penned Ashley. “Happy 8 months baby! I honestly thought @therock was my hero until I spent the last 8 months with you. “You’ve been tenacious, fearless, courageous, positive, happy and loving through times which I thought would make it impossible!”

Ashley and Safiyya started a Go Fund Me page to raise vital funds for special treatment to try and save their daughter.

The couple raised £1.56million as celebrities and kind members of the public donated to the tragic cause.

Hollywood actor Dwayne ‘The Rock’ Johnson also took time to send the family a personal video message, urging the to "stay strong" during such an awful time.

“I’m so sorry to hear about your beautiful daughter Azaylia,” said Dwayne. “The that little lion that I said ‘let’s go champ’ and just stay strong.

“And brother I don’t need to tell you that your daughter’s strength is what strengthens you and all her loved-ones around her. And in that she’s already an incredible impact on the world already.

“Stay strong, my heart breaks for you.”