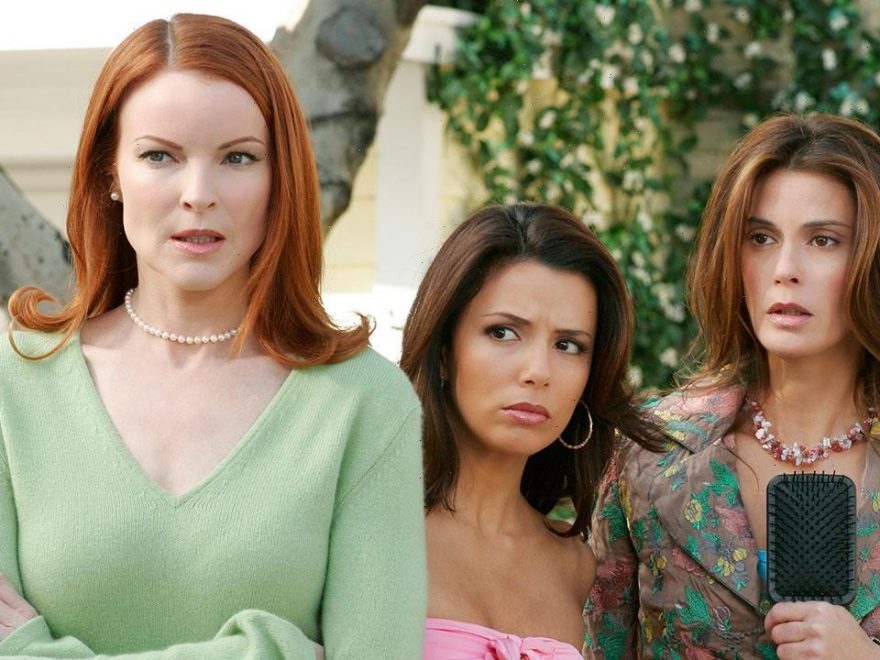 Listen up, Desperate Housewives fans! Not to get you too excited, but there’s a possibility that the much-loved series could be making a return this year!

A few days ago (on New Year’s Eve, to be precise), the official Twitter account for the ABC show tweeted a photo of stars Eva Longoria, Teri Hatcher, Marcia Cross, Nicollette Sheridan and Felicity Huffman alongside the caption: “*Desperately* waiting for 2022,” which has led many to believe that a potential reboot is on the way.

WATCH: Desperate Housewives ran for eight seasons between 2004 and 2012

Fans could hardly contain their excitement and quickly took to the replies below the post to share their thoughts – and spoiler alert, it seems that they’re mostly onboard. As one wrote: “I’m freaking out!!! Is this an announcement?! Is a reboot really happening!? I NEED ANSWERS!!”

MORE: Desperate Housewives cast: where are they now?

A second added: “If we can have #AndJustLikeThat we can have a reboot of our fav housewives,” while a third jokingly said: “If this gets a reboot i’ll never complain about anything EVER AGAIN.”

However, some other die-hard Desperate Housewives fans were less keen. As one wrote: “Nah, I don’t want a Desperate Housewives reboot. That programme is elite, real legacy show. And some of the storylines would get a LOT of complaints in the modern day.” Another said in agreement: “Please don’t ruin what was a brilliant show with another reboot. Leave it as it is!”

Given that 2022 marks the ten-year anniversary of the show ending, it seems like it could be perfect timing to revisit Wisteria Lane. In fact, the show’s creator Marc Cherry has recently discussed the possibility of reviving the series.

Did you watch the show in its heyday?

“People have approached me about rebooting Desperate Housewives, but it’s kind of like my feeling toward The Golden Girls. The Golden Girls was a terrific idea, but the magic of that show was the cast,” he told Entertainment Weekly in November last year. “We had the perfect group of women. With Desperate Housewives, I lucked out with that original cast and I had something to say with that show.”

MORE: Yellowjackets is the new show that everyone is talking about right now – find out why

However, he revealed that he would consider bringing the show back if the circumstances were right. As he explained: “If I was to do a reboot of it, I would have to come up with a brand-new idea of what fuelled it. I know the formula, and it certainly would be great to try with more time and money.”

So, could his comments have sparked a reaction and got the ball rolling on a reboot? We’ll have to wait and see what this year brings but we’ve got our fingers crossed!