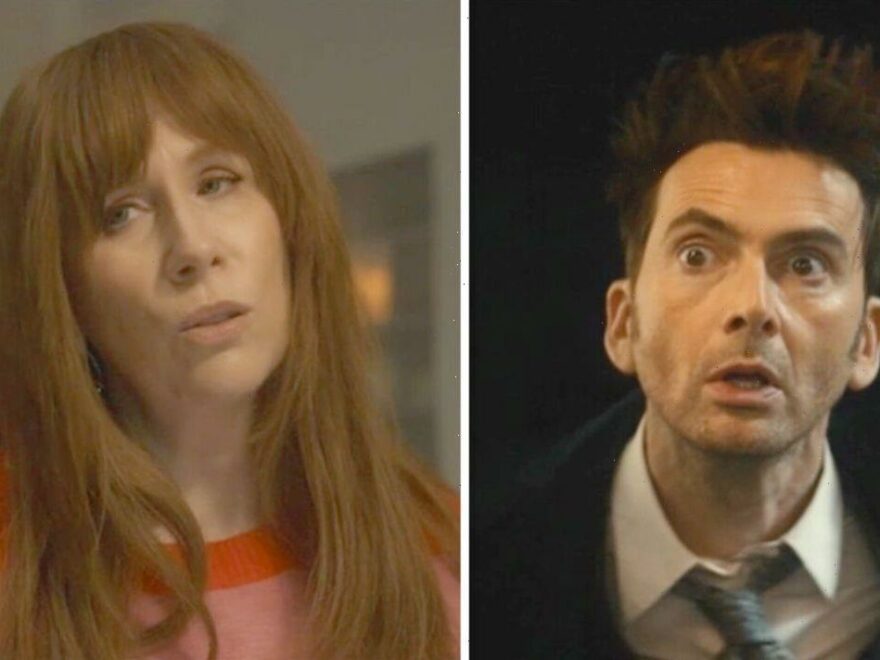 Doctor Who: Millie Gibson announced as the new companion

To celebrate the 60th anniversary of Doctor Who, David Tennant is returning as the Time Lord. However, it may mean his former companion Donna Noble’s (played by Catherine Tate) life is in danger as there’s a risk she will remember him. Fans of the sci-fi series know the Doctor previously wiped Donna’s memory and insisted she must never remember him.

In the first teaser for the three episodes, the Doctor can be heard issuing a warning about Donna’s safety once again as she shares her belief she can’t remember something or someone.

Donna remarks: “Sometimes I feel like there’s something missing. Like I had something lovely and it’s gone.”

“I don’t know who I am,” the Doctor is heard saying as he steps out of the TARDIS.

Meanwhile, the villain of the three episodes, played by Neil Patrick Harris, is seen promoting a show.

It’s not yet known what his role involves but with the teaser featuring explosions, new monsters and panic, it’s likely it’s not good news for the Doctor and Donna.

The Doctor continues: “I don’t believe in destiny but if destiny exists, it is heading for Donna Noble. If she ever remembers me, she will die.”

Donna is then seen asking who the Doctor is as he tries to hide from her in a kitchen.

And, amidst all of the chaos and panic, fans are given another look at Ncuti as the Time Lord as he demands: “Can someone tell me what the hell is going on here?”

Finally, in an extra treat for fans, they get their first look of Yasmin Finney as Rose.

The Heartstopper actress features thorughout the trailer and it’s rumoured she is Donna’s daughter.

Could the Doctor need Donna and Rose’s help to deal with the latest monsters terrorising Earth?

Earlier this month, Doctor Who fans were given their first look at new doctor Ncuti Gatwa and his companion Ruby Sunday.

Ncuti could be seen in brown checked trousers and an orange sweater with a checked coat worn over the top.

It’s the first time the pair have been pictured together in character and the first look images thrilled fans of the sci-fi series.

Doctor Who returns in November 2023 with three special episodes to coincide with the 60th anniversary with David Tennant as the Fourteenth Doctor.

He will be joined by Catherine Tate who is returning as Donna Noble.

Showrunner Russell T Davis teased the three episode maybe “a missing story, or a parallel world, or a dream, or a trick, or a flashback”.

He added: “The only thing I can confirm is that it’s going to be spectacular, as two of our greatest stars reunite for the battle of a lifetime.”

The Fifteenth Doctor, played by Ncuti, will then take control of the TARDIS, with his first episode airing over the festive period in 2023.

Doctor Who is available to watch on BBC iPlayer.