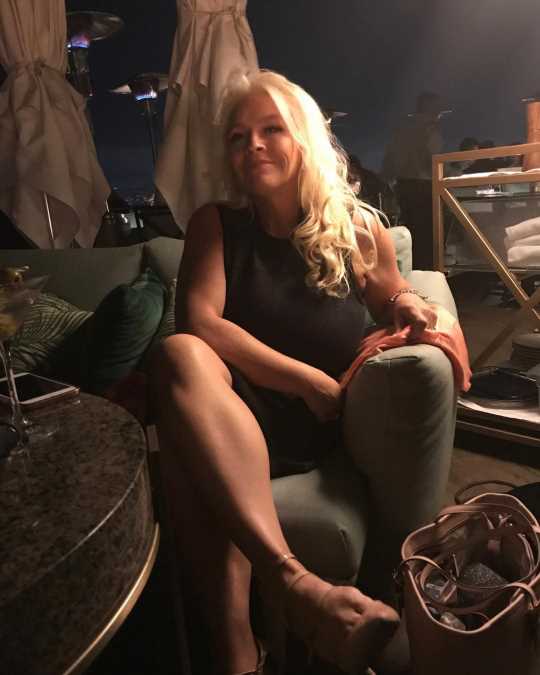 Duane “Dog” Chapman posted a sweet tribute to his late wife as the one-month anniversary of her death approaches.

On Sunday, the Dog the Bounty Hunter star shared a photo of Beth Chapman smiling at the camera.

“I miss her so much,” commented Jamie Chapman, who is married to Dog’s son Leland Chapman.

Beth, who was diagnosed with stage II throat cancer in September 2017, died on June 26 at the age of 51. Dog, 66, announced the news in a heartbreaking tweet.

“It’s 5:32 in Hawaii, this is the time she would wake up to go hike Koko Head mountain,” he wrote. “Only today, she hiked the stairway to heaven. We all love you, Beth. See you on the other side.”

A rep for the Chapmans told PEOPLE, “Beth died at 5:32 this morning, the same time she would wake up to go hiking Koko Head. The exact same time. She was surrounded by family and Dog was there, holding her hand.”

The family honored Beth at a gathering with friends and fans at Fort DeRussy Beach in Waikiki, Hawaii, as well as at an emotional memorial service at the Heritage Christian Center in Aurora, Colorado.

In a recent interview with Entertainment Tonight, Dog opened up about the effects of grief, both mentally and physically.

“I haven’t gotten past the place where I’m still putting a pillow where she was and covering it up like the jailhouse escape,” he said. “And then I wake up in the middle of the night and see her and it doesn’t register that [it] ain’t her. I’m still there.”

He also revealed that he’s dropped nearly 20 lbs. since he said goodbye to Beth.

“I’m trying to man up,” he continued. “I am a crybaby. I blame it on my heritage. I can cry talking about crying. So I would be crying through the whole thing and I sob — I can’t stop it. So I can’t do that. And decisions, I can’t make them right now. … So manning up would be not get over it, but face it, take over it.”