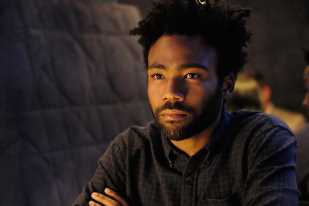 If anyone asks, Donald Glover is for sure writing the third season of his FX comedy “Atlanta” right now. At least that’s what he told Jimmy Kimmel he has to say during Tuesday’s “Jimmy Kimmel Live!”

“Are you working on ‘Atlanta’ right now?” the ABC late-night host asked his guest, who was there to promote the live-action “Lion King” by going full Simba in a lion costume.

“So you’re supposed to be working on ‘Atlanta’ right now?” Kimmel followed up.

“Oh, I *am* working on ‘Atlanta’ right now,” the actor said to laughter from the audience.

Kimmel joked that Glover, who is on his way to Australia soon, will be working on the show then.

“Literally, *this* is a script for ‘Atlanta,’ if anybody asks,” the FX star said, referencing his appearance on Kimmel at that moment, lion costume and all.

“For some reason you are dressed as a lion this season,” Kimmel joked.

FX renewed “Atlanta” for a third season in June 2018, announcing the critically acclaimed series would return in 2019. But production has yet to begin on Season 3, and the cable network has not addressed how Georgia’s anti-abortion law may or may not affect the show’s decision to continue to film in that state.

Watch the interview above.