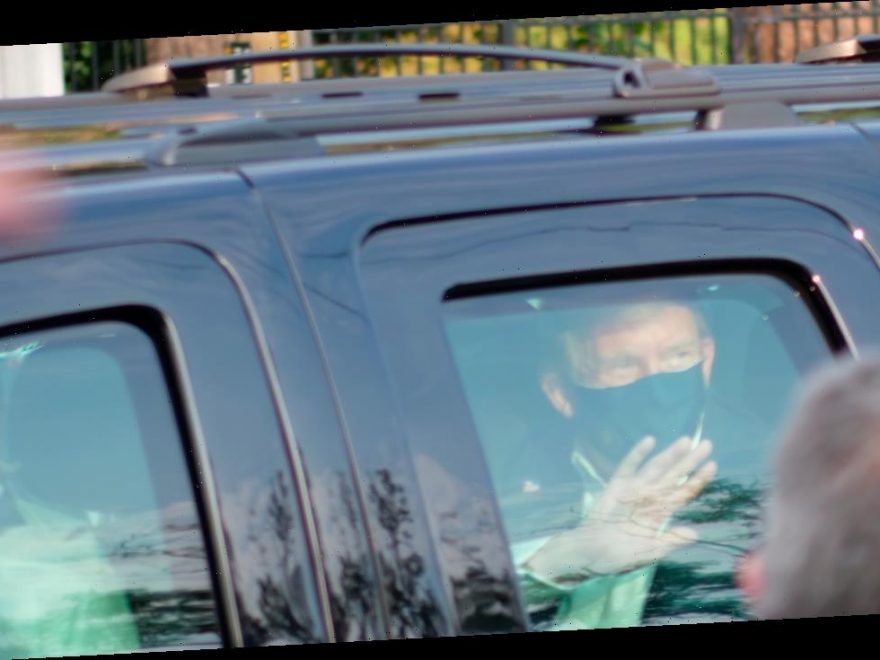 President Donald Trump’s advice today – “Don’t be afraid of Covid” – didn’t go down well with some in the Hollywood community, including actor Zach Braff, whose friend, Broadway actor Nick Cordero, died last July of complications from the coronavirus.

“You don’t have covid for the weekend,” Braff tweeted today. “He either has it and doesn’t give a f*ck who gets it from him, or he never had it.” The former Scrubs star also warned against overconfidence from negative test results.

With the U.S. Covid death toll at well above the 200,000 mark, Braff and other stars responded angrily to today’s Trump tweet in which the ailing president said, “I will be leaving the great Walter Reed Medical Center today at 6:30 P.M. Feeling really good! Don’t be afraid of Covid. Don’t let it dominate your life. We have developed, under the Trump Administration, some really great drugs & knowledge. I feel better than I did 20 years ago!”

Captain America actor Chris Evans tweeted, “Don’t be afraid of Covid?! You’ve been under round-the-clock care by the best doctors using the best drugs. Do you really think everyone has access to that?! Sadly, I’m sure you’re aware of that disparity, you just don’t care. This is reckless to a shocking degree, even for you.”

Actress and producer Ava DuVernay wrote, “Don’t be afraid of Covid he dares say to those of us who have lost loved ones to Covid. This man is evil.”

Bette Midler tweeted, “The sick #IdiotInChief just tweeted that ‘I never felt better in 20 years. Don’t be afraid of getting COVID!’ TELL THAT TO THE DEAD!…”

Here is Trump’s tweet, followed by a sampling of reactions.