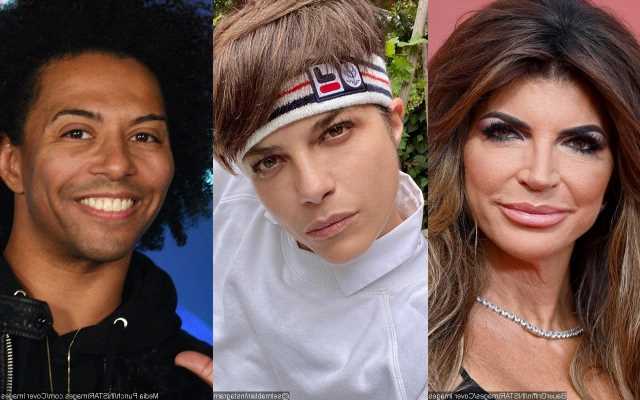 AceShowbiz -“Dancing with the Stars” has finally unveiled the full cast members of upcoming season 31. Announced in the Thursday, September 8 episode of “Good Morning America“, the official cast list reveals that “The Real Housewives of New Jersey” star Teresa Giudice, Selma Blair and drag queen Shangela are among the celebrity contestants.

The Bravo star, who previously turned down the offer to do “DWTS” in 2016, is set to join the long-running dancing competition show as she’s paired with pro-dancer Pasha Pashkov. The “Legally Blonde” actress, meanwhile, will be dancing her way to the ballroom with Sasha Farber. Also joining the cast is Vinny Guadagnino. The “Jersey Shore” star is paired with Koko Iwasaki.

“Dancing with the Stars” also makes history this season by casting Shangela, marking the hit show’s first-ever drag queen competitor. The 40-year-old “RuPaul’s Drag Race” star is paired with male pro Gleb Savchenko. “The Bachelorette” star Gabby Windey is also among the cast as she will be dancing with Valentin Chmerkovskiy this season.

Joseph Baena also competes in the upcoming season, just like what has been rumored. The son of Arnold Schwarzenegger is paired with Daniella Karagach. TikTok star Charli D’Amelio, whose casting was announced a day earlier, will be dancing with Mark Ballas, while her mom Heidi teams up with Artem Chigvintsev. Other pairs for season 31 are Jason Lewis and Peta Murgatroyd, Trevor Donovan and Emma Slater, Daniel Durant and Britt Stewart, Wayne Brady and Witney Carson as well as Sam Champion and Cheryl Burke.

Bruno Tonioli, Carrie Ann Inaba, Derek Hough and Len Goodman will return as judges with Tyra Banks and Alfonso Ribeiro co-hosting. Season 31 of “Dancing with the Stars” will premiere on Monday, September 19 at 8 P.M. ET/5 P.M. PT on Disney+.