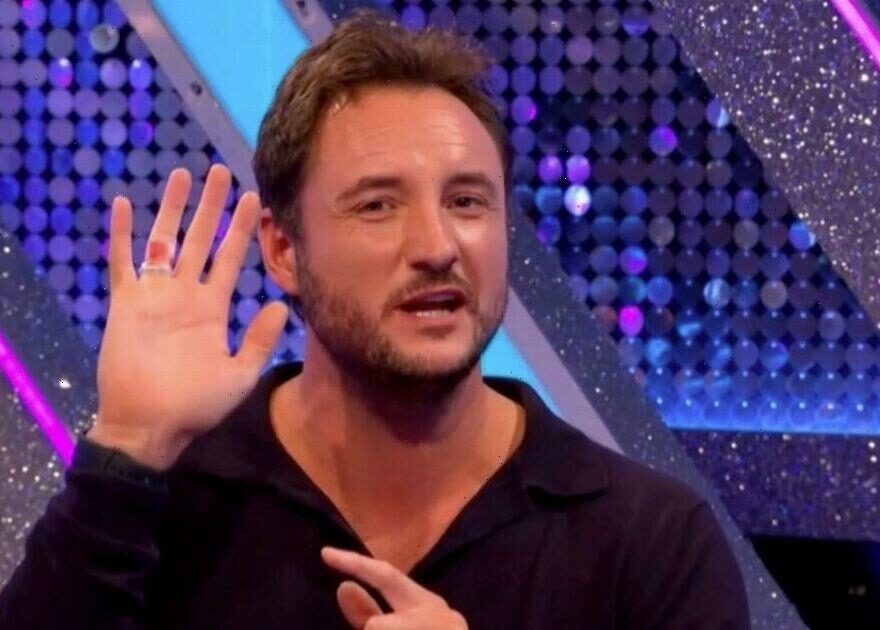 EastEnders actor James Bye revealed he suffered from a painful injury during his Strictly Come Dancing training while attempting to impress his dance partner Amy Dowden.

The soap star, who plays Martin Fowler in the BBC soap, told It Takes Two presenter Rylan Clark that he injured his ring finger while practising a routine for this Saturday's (October 8) edition of the hit ballroom show.

James is set to take on the role of Star-Lord from Guardians of the Galaxy, and informed Rylan he was aiming to show off his strength, but admitted he went too far and was left with his finger badly injured.

He said: “I was trying to show Amy how strong I was in the rehearsal room so I did a few pull-ups…," adding: “I like ripped my finger open.” He continued: “The finger almost fell off.”

James joked, with a bloody bandage on his ring finger: “The wedding ring is sort of the only thing keeping my finger on," but explained: “We’ll see how we get on with that one!”

It comes after dad-of-three James refuted any idea that he and his wife of 10 years could be affected by the Strictly "curse".

The actor has previously said how he feels under pressure to do well on Strictly as so many of his co-stars on the soap have proved big hits.

He explained: ‘‘My best friend from EastEnders, Davood Ghadami, was on the show years ago and he was great. I remember him doing the Paso Doble and that did look good.

‘‘Jake Wood, when he did the snake hips to Mambo No 5, that was a million miles from Max Branning.

‘‘And I can’t not mention our reigning champion Rose Ayling-Ellis from last series. She is such an incredible human being.’’

The actor added: ‘‘I don’t know if I can dance, I might be amazing but it’s very unlikely that that is the case.

‘‘It’s more likely that, because I’m long, either my hands will be doing the right thing or my feet will be, but I don’t know if both will do the same at the same time."