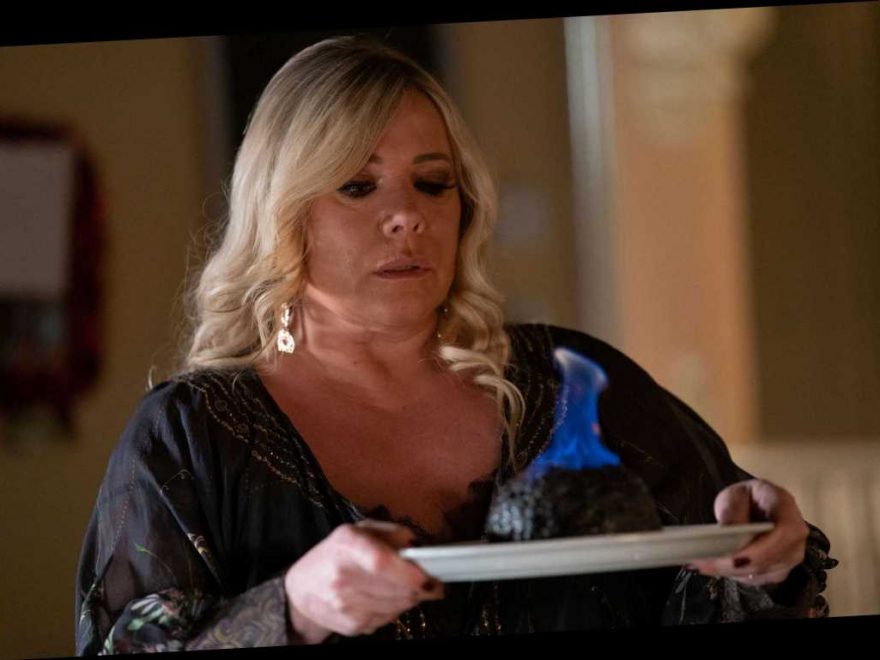 EASTENDERS dropped a huge bombshell tonight as Sharon Watts poisoned husband Ian Beale – after it was revealed she ordered ex-husband Phil Mitchell to kill him for the death of their son Denny.

Queen Vic landlady Sharon – who is played by actress Letitia Dean in the BBC soap – was seen serving up a poisoned Christmas pudding to Ian in tonight’s explosive episode. 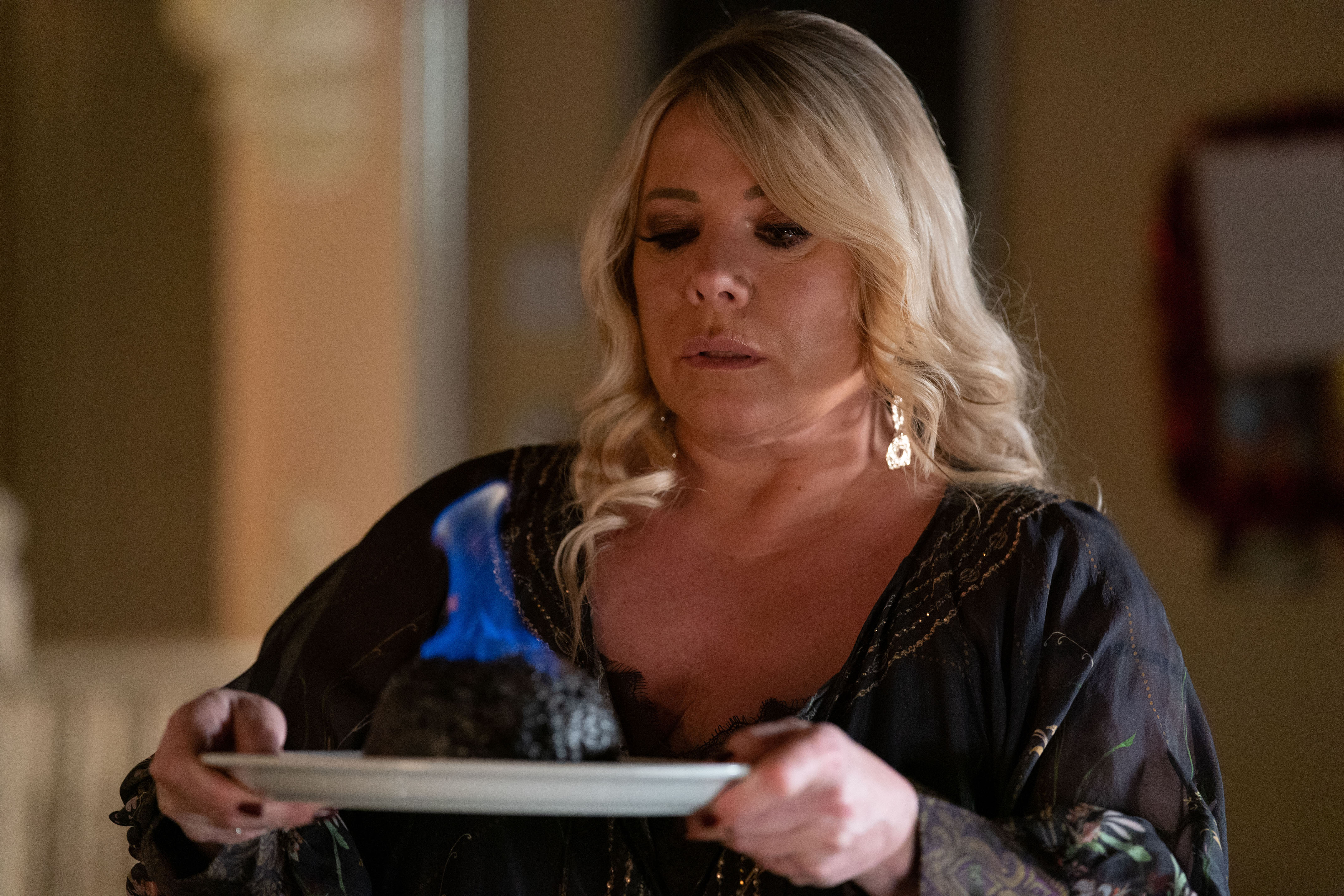 As fans had long suspected, Sharon had heard the voicemail that her son Denny left her from the boat crash that claimed his life.

It was proof Ian had caused his death by locking him in a room below deck – before pretending to be a hero who tried to save him.

It was revealed at Denny’s grave that Sharon had ordered ex Phil, Denny’s adoptive father, to kill Ian earlier in the month but he had been interrupted and failed to finish the job.

In tonight’s episode he tried again but was thwarted by his own son Ben, before realising he couldn’t go through with it and pulling out. 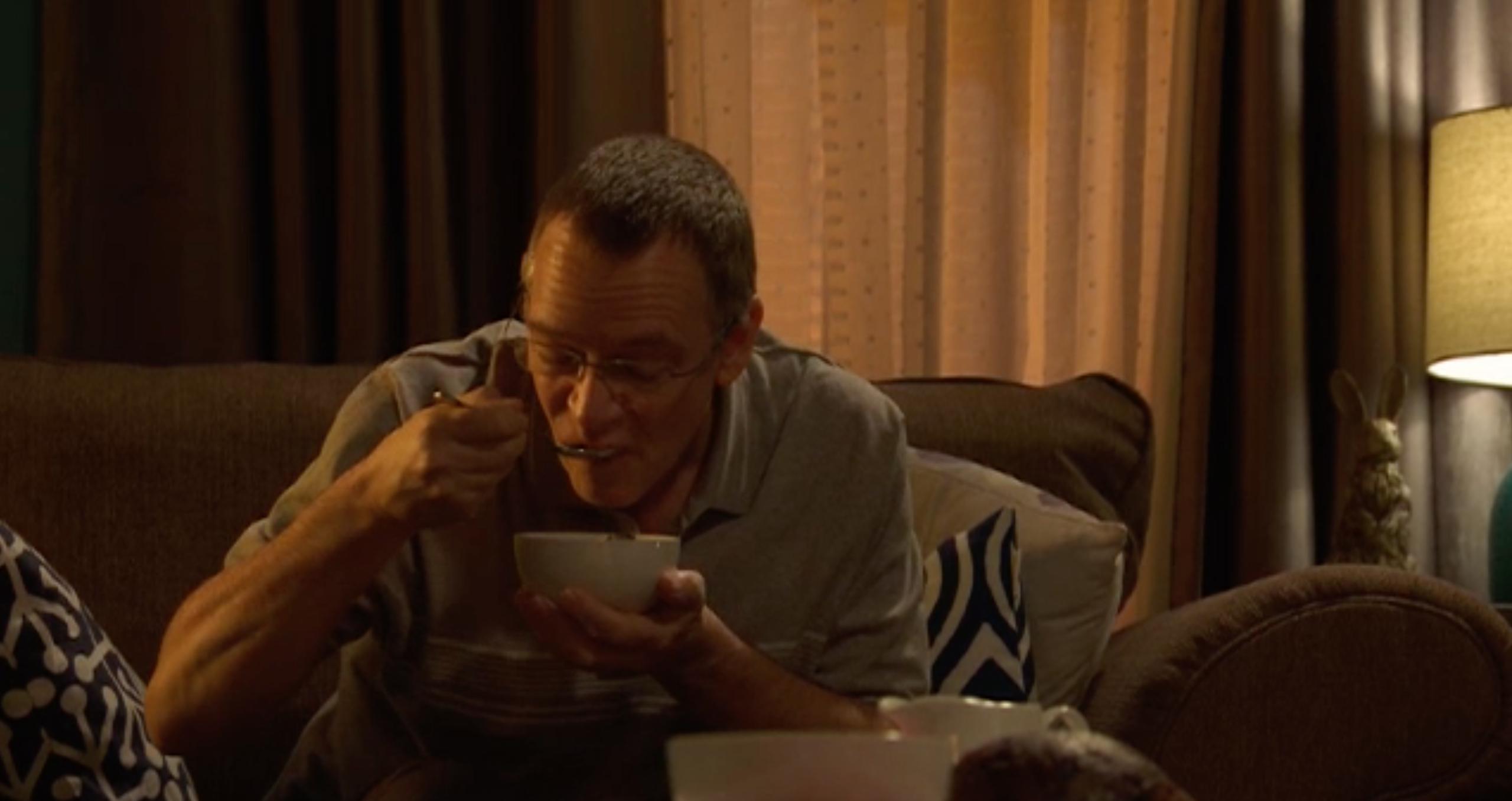 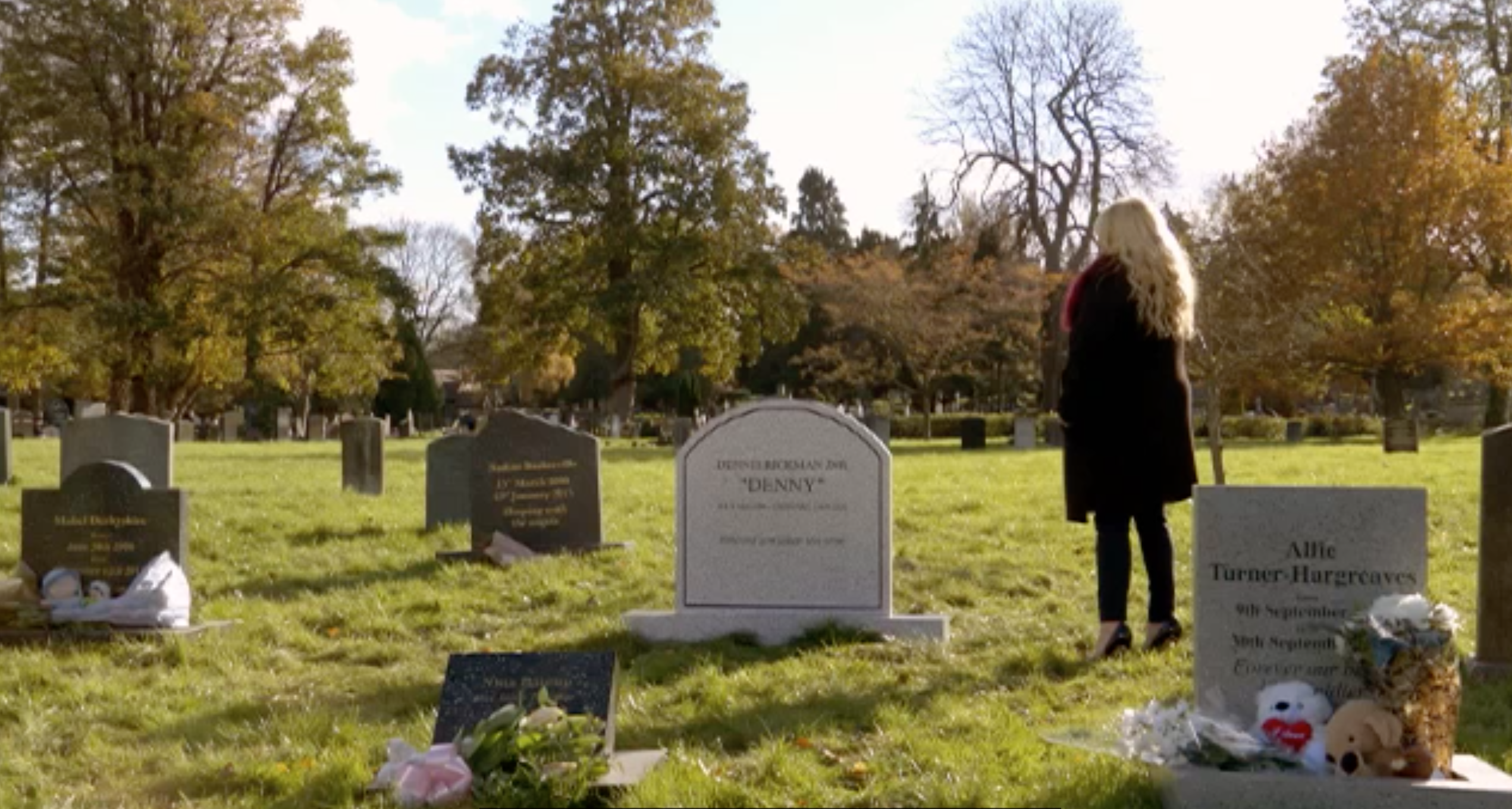 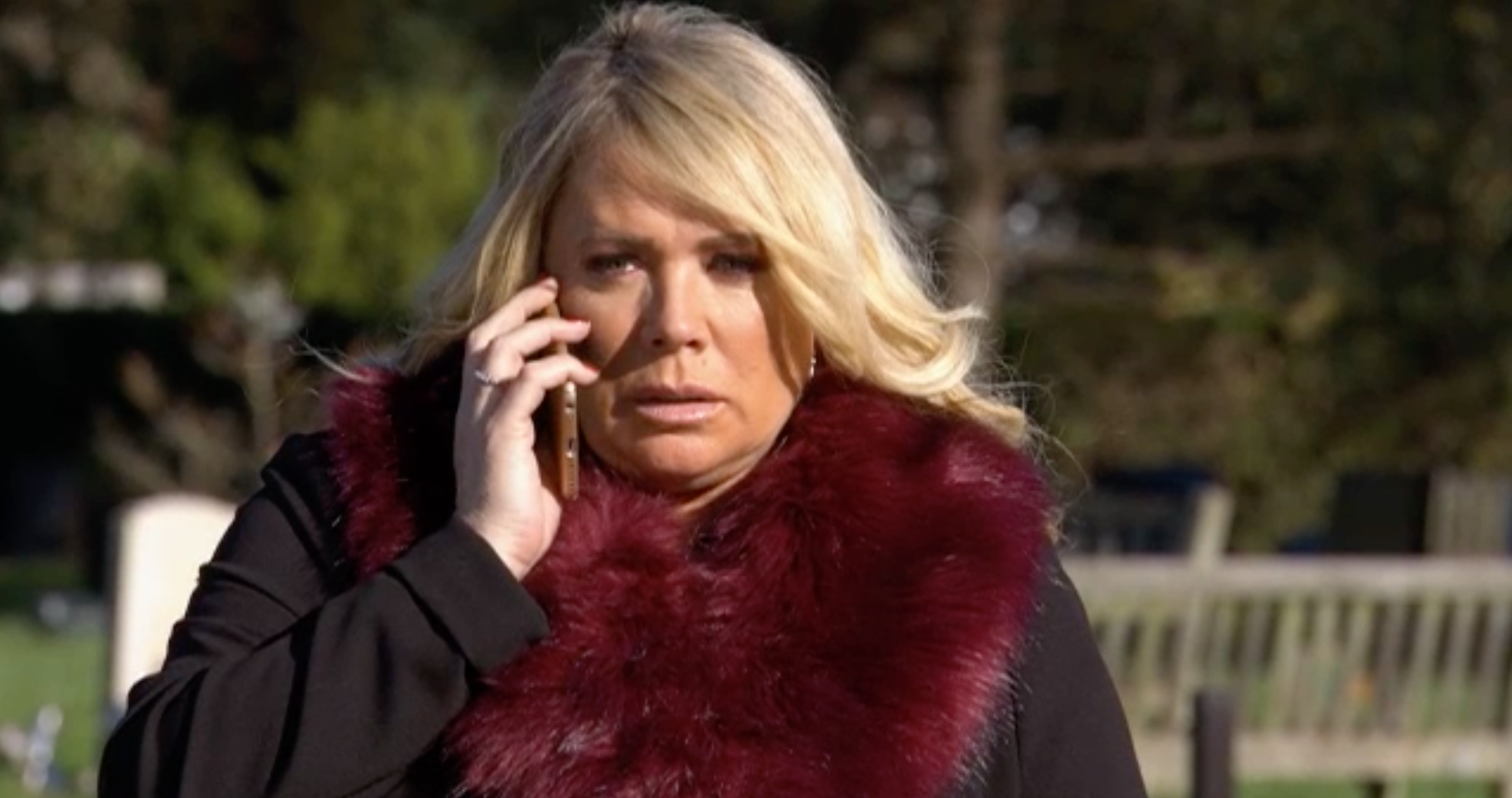 He told Sharon: “It is complicated Sharon, this ain’t some stranger with no connections – it’s Ian we’re talking about – he’s family.

Sharon was disgusted and vowed to take matters into her own hands.

Viewers watched in shock as she melted down some pills to melt into her Christmas pudding before serving Ian up a giant helping and watching as he ate it up.

Will Ian die? Or will he survive and force Sharon to take even more drastic actions?

Actress Letitia Dean has known for months about the shocking events – and said it was sheer luck that Ian had enraged so many suspects while she was plotting his death.

“Well I always knew that after what happened on the boat with Denny, that secret was never going to be forgotten, especially as there are such strong feelings involved,” she said.

“After months of lies and leaning on her best friend whilst grieving – the one person that was there for her turned out to be the reason behind Sharon’s pain.

“As far as Sharon’s concerned, Ian very much deserved it. It’s something of a lucky coincidence in Sharon’s eyes that Ian’s managed to provoke half the Square into a murderous rage at the same time – that certainly took the heat off of her and Phil whilst they were plotting!”

And she revealed it could even lead to a reunion for Sharon and Phil – even though Phil did pull out of the murder scheme.

“I think they’re unique to one and other, after all these years of a tumultuous relationship – they understand each other regardless of all the awful things they’ve done,” she said.

“Ian’s demise is the one thing they wholeheartedly do agree on – Phil saw Denny as his own son so they are united in their sorrow and wanting to see Ian pay.”

She added: “In many ways Sharon and Phil are a team – they can slip back into that quite easily and when their plan doesn’t go quite to plan, Sharon isn’t going to give up.

“She is completely driven at this point – not thinking of anything else – she just wants Ian gone. 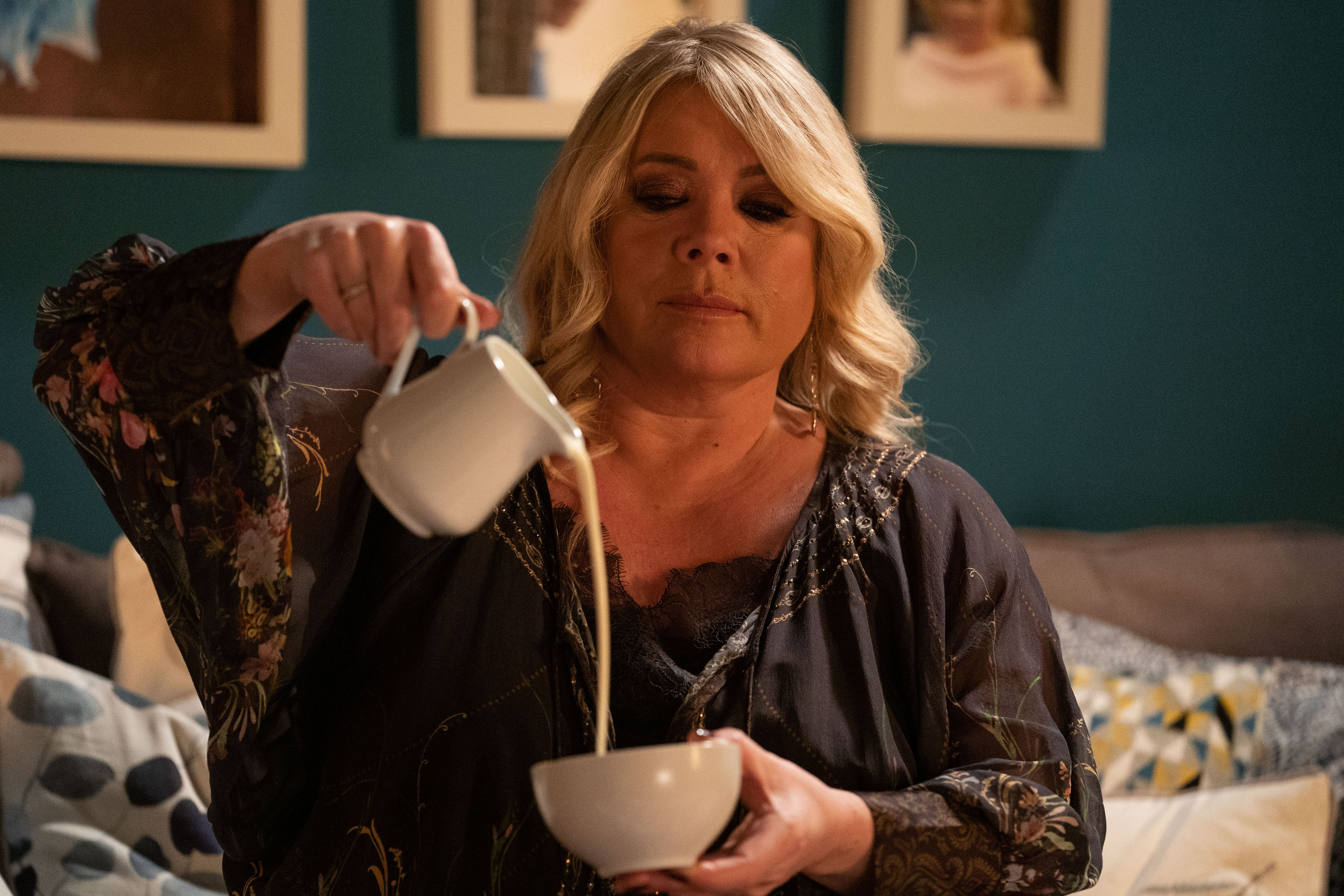 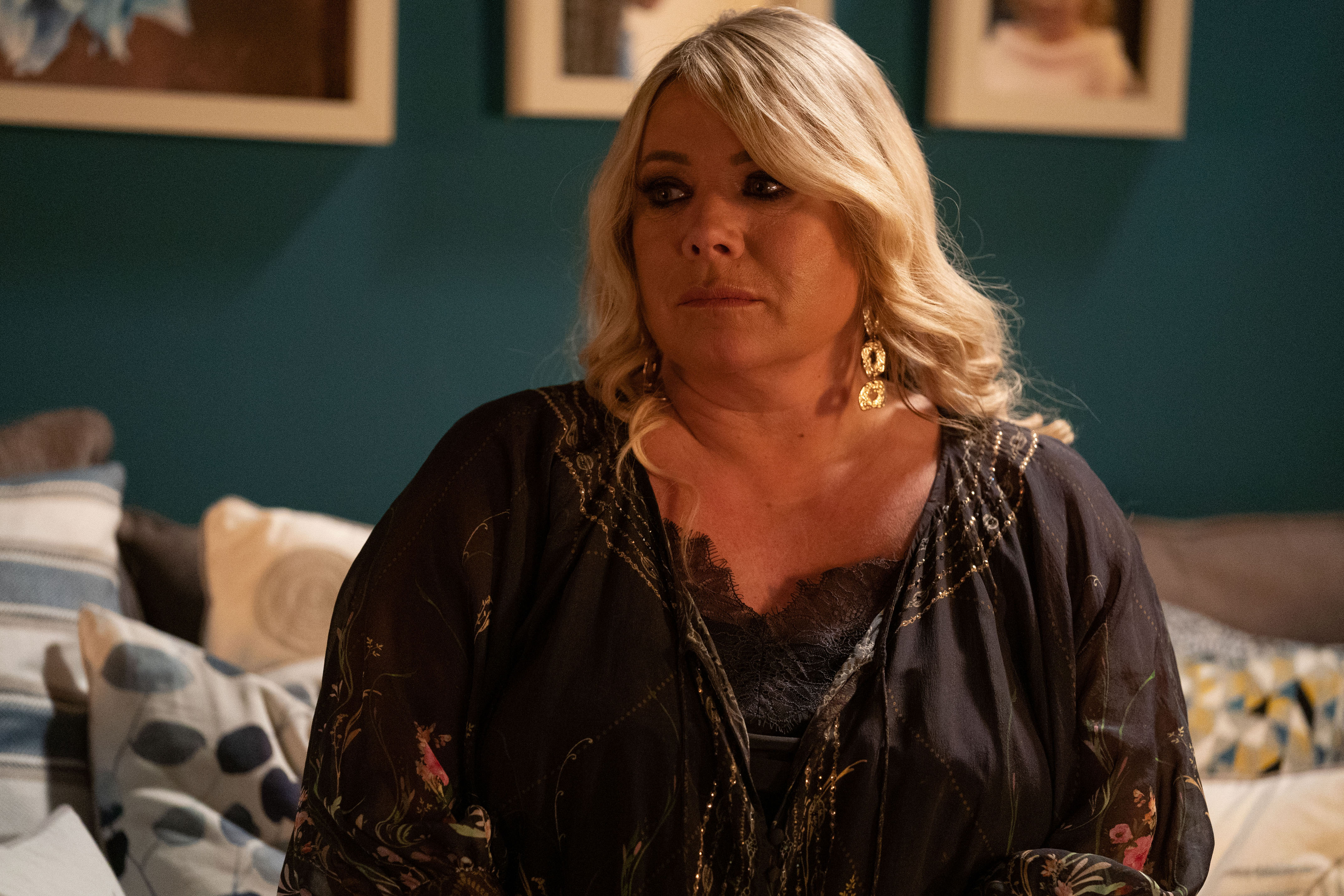 “It’s like he’s the final piece of grief that’s weighing her down – she’s certain that his death will cause some sort of equilibrium to Denny’s and at last she’ll have her revenge.”

The episode came to a close tonight with Sharon serving Ian some heavily poisoned Christmas pudding after Phil backed out.

Letitia added: “Sharon is so far gone, wanting revenge for her son that she barely even bats an eyelash before deciding that she’ll do it instead.

“She feels let down by the one person that has any idea how she feels about it all – if anything Phil backing out spurs her on. “

The actress also confirmed that Sharon is so consumed by revenge that she doesn’t care about the consequences of killing Ian.

She said: “She isn’t really thinking about the consequences and as far as she’s concerned for every clue that it might have been her behind it, there’s 3 others for someone else.

“Kathy is on her radar though – she’s well aware that Kathy’s not pleased about their surprise nuptials but Sharon has her alibi, that’s what Phil was there for.

“She was never going to break a nail hitting Ian over the head, of course she called in Phil for that!”

She added: “She has struggled yes- because although she’s determined to get revenge, deep down she is of course suffering from loss.

“The pain and hurt of losing her son, and her best friend lying about the circumstances for so long, by far outweighs any rationality.”