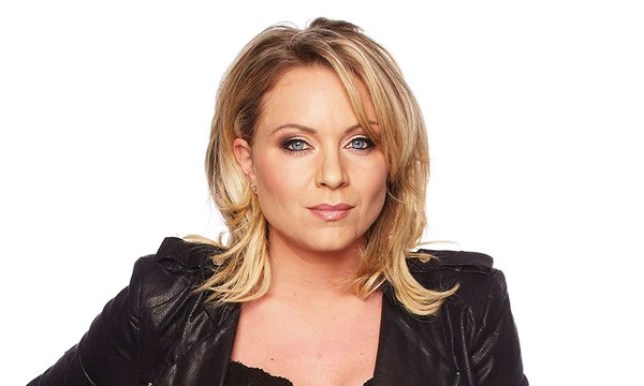 Former EastEnders star Rita Simons – who played the iconic Roxy Mitchell from 2007 to 2017 – has been opening up about her mental health, and how a recent cosmetic procedure has done wonders to restore her confidence and self esteem.

Rita left EastEnders in 2017 in a storyline where she drowned in a swimming pool alongside on-screen sister Ronnie (Samantha Womack). Rita said that she and Samantha Womack were both ‘gutted’ that their characters were killed off.

She told Good Morning Britain recently, ‘Obviously it’s no secret we were gutted to leave, because we loved our characters. I love Sam, she’s my best friend, you become a pretend family. We did want to leave but we didn’t want to die. And to watch your “sister” die, and to willingly kill your own character you’ve played for 10 years and you love, is a weird dilemma to be in, because you have to do the filming…’

Soon after this Rita’s relationship to her husband Theo Silverston broke down and Rita struggled with insomnia and lost a lot of weight in the aftermath of that.

‘When I’m unhappy, my sleep is the first thing to go and then the knock-on is the depression and anxiety,’ Ria told OK! Magazine. She later had a nervous breakdown. ‘My mind went to some major dark places,’ she revealed.

Luckily Rita is in a much better place now and she partly credits that to the ‘Cinderella lift’ procedure that she recently underwent. ‘I’m going public with it because it’s helped my confidence so much,” she said of the non-invasive procedure.

‘I wasn’t ready to age and my jowls highlighted my scar even more. But I’ve done this for myself, it was purely personal. I feel great again now. I feel like I can hold my head up high.’

Rita recently took to social media to argue that a return from the dead for Roxy wasn’t entirely impossible. On Twitter she replied to someone pointing out that Roxy had died by saying, ‘So did Cathy. And Den. And Bobby Ewing.’

And for a lot of fans who agree with her that killing Roxy and Ronnie was unnecessary, it seems like a fair point.