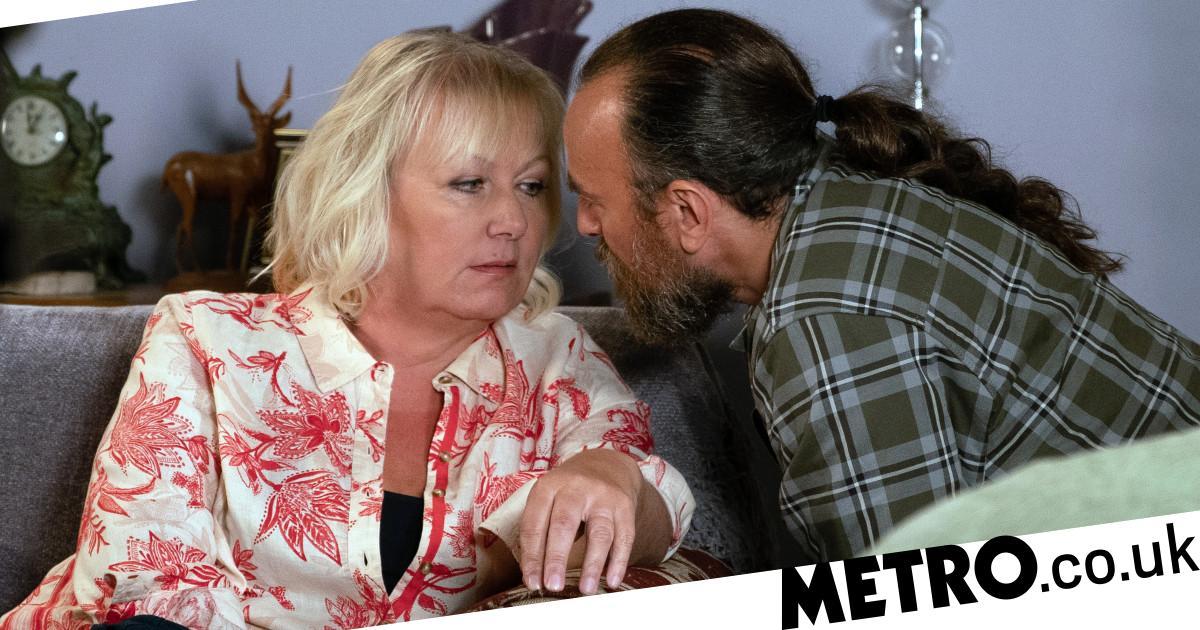 The warning signs are all there – a shady builder whose past she knows little about. But Eileen Grimshaw (Sue Cleaver) could be about to get her fingwers burnt once more by a villain from Coronation Street’s seemingly ever evil building trade. Just a year after the death of serial killer Pat Phelan, Eileen is being charmed by Jan Lozinski (Piotr Baunmann) – a man who is involved in human trafficking and slavery. Another good apple then!

As Seb Franklin (Harry Visinoni) dates Alina Pop (Ruxandra Porojnicu), he is going to soon discover that she was brought illegally into the country by Jan and other members of a trafficking ring. She is working long hours for little to no money and is living in squalid conditions but Seb has brought her hope and a smile to her face.

Their relationship seems doomed to failure though as she is forced to cut a call to Seb and when he then visits her at the nail bar, she dumps him on the spot. When Seb next goes back, he learns from her boss that she has quit and disappeared – but of course there’s more to this than meets the eye and Jan is up to his neck in it all.

That said, an ever oblivious Eileen has allowed him under her skin and as she opens up about what she went through with Phelan, he soothingly tells her that she will find love again before then leaning in for a kiss. Eileen initially kisses him back but pulls away and says that she is not ready for another relationship.

A wise move – but how long will it last as Jan turns up the charm? Will she give in to temptation?

Elsewhere, Jan warns Seb to forget about Alina when he is distressed about her disappearance – but he isn’t giving up without a fight. It’s a decision that is set to land him in extreme danger at the hands of Jan – but will he be able to save Alina and expose the terrifying human trafficking network?

Or is Eileen about to shack up with another man capable of both carpentry and murder?