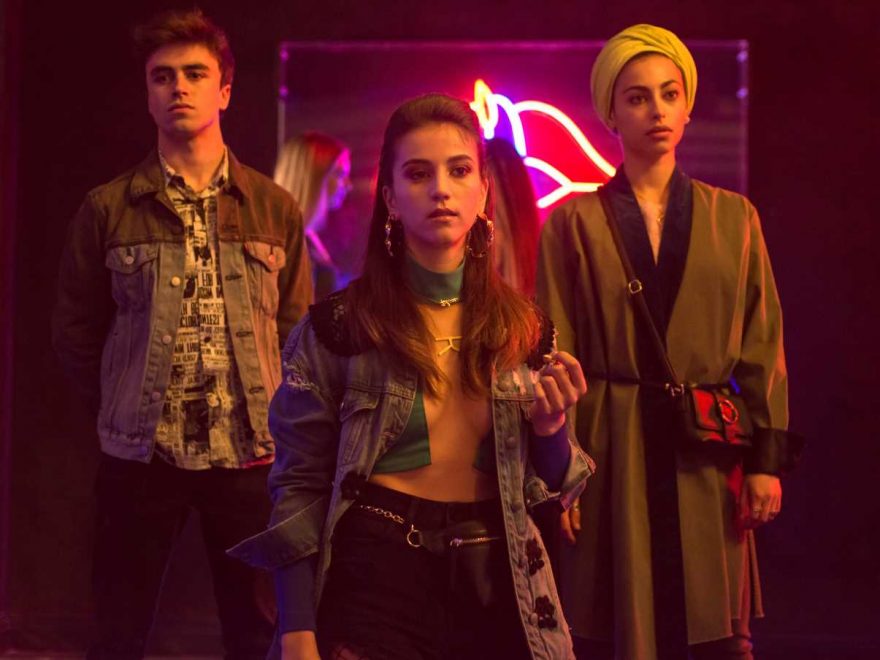 “Secrets don’t stay secrets for very long, do they?”

These are the explosive words that the Elite trailer leaves us with and wishes to place on all our little conspiring brains as it is gearing up to return on Sept. 6.

After almost a year, audiences are ready to revisit our favorite Big Little Lies-meets-Gossip Girl mashup and Netflix is certainly enjoying the re-surging hype. After releasing the stylistic teaser trailer and revealing the upcoming season’s premiere date two weeks ago, the network has returned to unveil the first full trailer for its sophomore debut.

In this new trailer, we follow Samuel (Itzan Escamilla) as he solemnly vows to find a way to prove his brother’s innocence (Nano, as played by Jaime Lorente) as it pertains the murder of Nano’s late and — as we found at later — pregnant girlfriend Marina (María Pedraza)…even though his return seems pretty ill-advised by like everyone (including probably the audience). And he promises to do so “whatever the cost”, so we can be sure violent hijinks may ensue. Meanwhile, Polo (Álvaro Rico), the actual killer, and girlfriend/ex-girlfriend/who-the-heck-knows Carla (Ester Expósito), while smug as ever, are trying to strike the delicate of simultaneously acting like their normal selves while also trying to make sure that no one finds out the truth. This includes Samuel, but also include’s Elite it-boy Guzmán (Miguel Bernardeau)…who currently has no idea that it was his own best friend, Polo, who took his rebellious sister Marina out.

Only time will tell if indeed these secrets will stay secret, but in the meantime, Elite promises more lies, drama, sex, debauchery, and even extended tension particularly when it comes to will-they-won’t-they relationships like Guzmán and Nadia (Mina El Hammani) and secret lovers Omar (Omar Ayuso) and Ander (Arón Piper).

You can watch the trailer above for more.