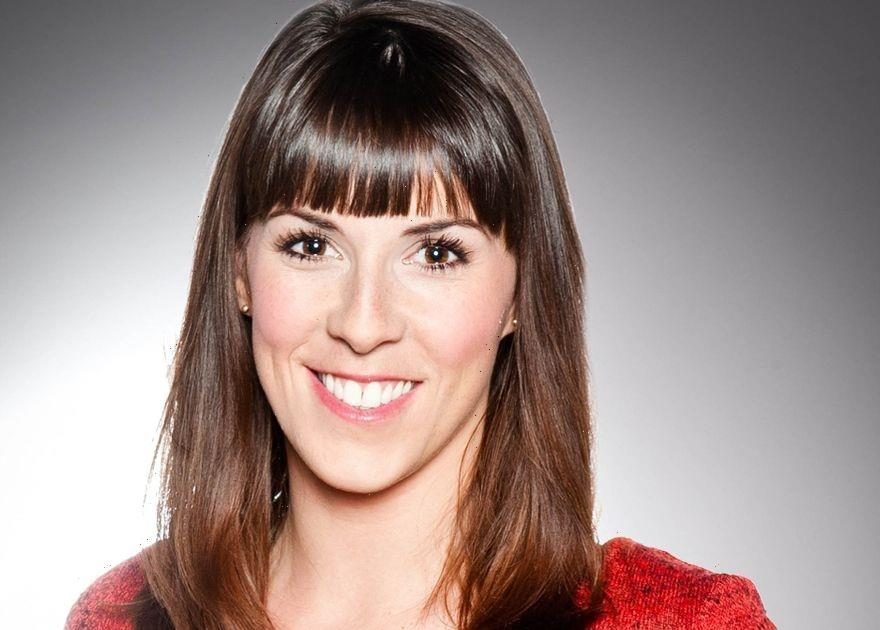 Emmerdale’s Donna Windsor left hearts across the country broken when she plummeted to her death back in 2014, leaving her young daughter April without a mum.

She appeared on Emmerdale for more than 10 years, filming her final scenes in 2008 before eventually reprising the role five years later in 2014.

Diagnosed with a terminal illness, Donna threw herself off a multi-storey car park along with baddie Gary North in order to stop his villainous schemes.

But she’s made a rather unexpected return to soapland in recent weeks – at least in photograph form.

Her daughter April has been the subject of vile trolling, with memes posted of her late mum online from an anonymous source.

While some eagle-eyed fans are certain one of Bob’s twins is behind the cruel bullying, the true identity of April’s troll hasn’t yet been revealed.

To commemorate Donna’s ‘return’ to Emmerdale, we take a look at where actress Verity Rushworth is now – and she seems to be living it up, with an adorable family in tow and a huge career in the West End.

Since leaving Emmerdale, Verity has taken up a number of high-profile roles in the West End.

She appeared in Agatha Christie classic And Then There Were None in 2015, before appearing as Lauren in Kinky Boots from 2017 until 2018.

The star has also appeared in everything from The Sound of Music and Chicago to Annie in her extensive stage career.

In 2020, she took up the recurring role of Lily Walker in BBC medical soap Doctors, but her first ever TV role was actually as Lucy Keen in Heartbeat, back in 1997.

She tied the knot with Dominic back in 2013, and announced the news that their first child was on the way in 2016 with a Twitter post which read: "Yey! @dominicmshaw and I are expecting our first baby this summer! So excited!"

She quickly followed up with a hilarious snap showing the couple sharing a meal together, with Verity clutching two burgers while Dominic reached for a bottle of beer.

The caption from Verity’s head read: "Eating for two", while Dominic’s said: "Drinking for two".

And the adorable photoshoots don’t stop there.

In May this year, Verity got her two kids together in the bedroom for an adorable family shoot, showing Ethan, Amelie and Verity herself jumping on the bed together.

"So… this shoot was awesome!! But we had our moments… It was all going so well until…" she captioned the first snap.

The kids could then be seen collapsing into giggles on the bed, as Verity laughed along with them.

But Verity has spoken candidly in the past about her ‘mum-guilt’ at leaving her kids at home while pursuing her own career.

She told OK! Magazine: "There was always mum-guilt when Amelie was little. I was in Kinky Boots and felt so lucky to have that opportunity, but I also had a one-year-old baby at home and needed to be a mum.

"I had to juggle the two, which was exhausting. But it came down to remembering that I didn't set out to just be a mum – I wanted a career too.

"I wanted to be a role model and show my daughter that she could do both."

During a house tour for OK! VIP members, Verity showed off the lavish home she shares with her family.

Her living room is all decked out in pastel shades of pink, grey and beige, featuring a cute pouffe and two sofas.

She even has a room dedicated wholly to music, featuring an upright piano, keyboard, and ring light for filming.

Her kitchen is similarly lush, with a wooden dining table in the centre, surrounded by high-tech cooking appliances and windows overlooking her expansive garden.

The intimate lighting given by overhanging lamps gives the whole room a super cosy look.

Verity has also dedicated areas of her house to collecting memorabilia from her time on Emmerdale.

She told OK!: "I’ve got so many funny messages from people, some rude ones as well, but mostly just funny ones!"

Messages to commemorate Verity leaving the soap can be seen on a huge card, including one from Charley Webb who plays Debbie Dingle on the soap, another from Danny Miller who plays Aaron Dingle, and plenty from the behind-the-scenes crew.

"I’ve got a lovely scrapbook with all pictures and messages in it as well," Verity shared.

She also had one of her character Donna’s necklace taken from set, which contained a photo of Donna’s daughter April (Amelia Flanagan) inside the locket.

It seems Verity would be up for appearing in another soap since leaving Emmerdale – and that could even be in something as familiar as Coronation Street or EastEnders.

Asked whether she’d like to pop up in another soap, Verity answered: "Yes, definitely!"

But she’s also hankering for a spot as a contestant on Strictly Come Dancing, telling OK!: "I’d love to! I’d want Aljaž [Škorjanec] to be my partner. I’m obsessed with him!

"I also went to see Kelvin [Fletcher] perform in 2019 and was so proud. Who knew he had those snakey hips?"