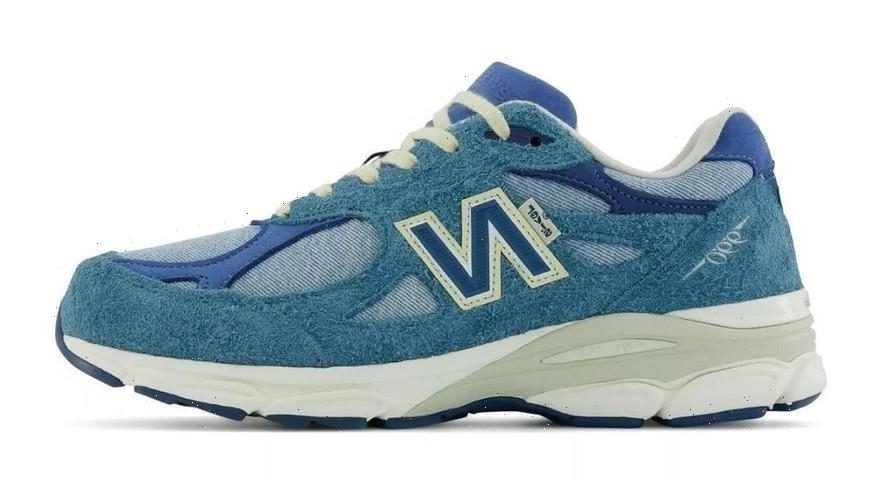 Few brands have an Americana legacy that’s as rich as Levi’s or New Balance. Therefore, it only makes sense that the San Fransisco-based denim purveyor and the Boston-based footwear mavens have teamed up once again for a denim-inspired 990v3. Following a wealth of recent collaborative releases from Levi’s and New Balance like the 992, 327 and 1300, this 990v3 uses a trifecta of striking blue shades to drive home its inspiration.

Uppers start with a denim blue base, then quickly overlay it with shaggy ocean blue suede on the mudguard, midfoot and heel. There are also dashes of sport blue mixed in on the toebox overlays, heel tab, tongue and midfoot logo. Cream is the final piece of this shoe’s colorful puzzle, and it graces the midfoot logo’s trim, the laces and much of the cushy ABZORB midsole. Final touches of branding are served by a Levi’s tag delicately pinned on the lateral midfoot logo and a silver 990 hit stamped on the lateral heel.

A release date for the Levi’s x New Balance 990v3 has yet to be announced, but it’s likely to make its way to market this fall or winter. Info on its MSRP is forthcoming as well.

If you’re on the hunt for more news about upcoming sneaker releases, take a look at the latest installment of HYPEBEAST’s weekly Best Footwear Drops list.
Source: Read Full Article