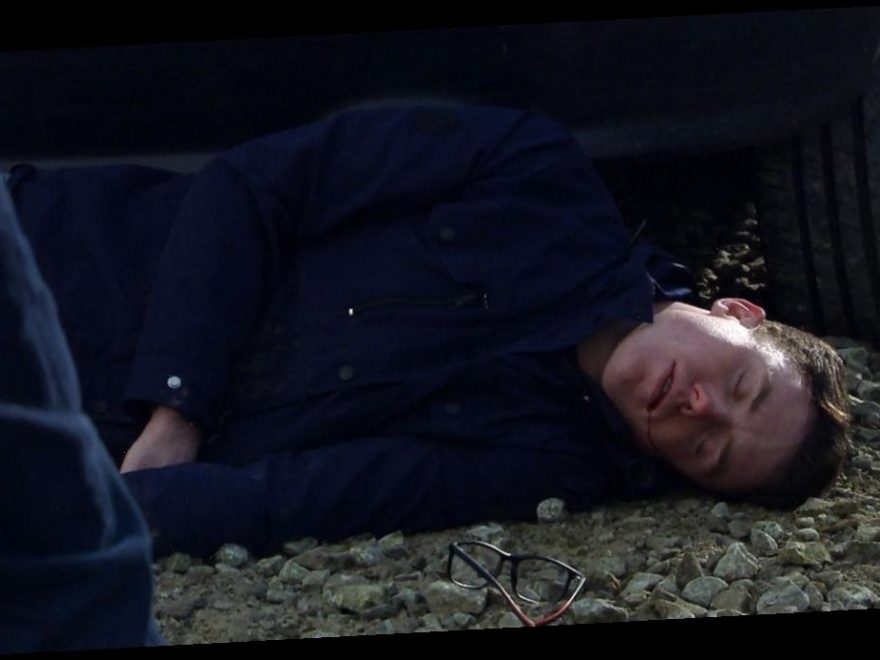 Emmerdale has been hit with 66 Ofcom complaints following Paul Ashdale's vicious attack on his son Vinny in harrowing scenes after he found out his dad was lying about his kidnap.

The beating was so brutal Paul feared he'd killed his son – but that didn't stop the villain later threatening his son while he lay injured in intensive care.

The violence occurred before the 9pm watershed.

Vinny originally attempted to storm off from the argument, claiming he was going to tell his mum Mandy (Lisa Riley) about Paul’s relapse back into gambling.

“She needs to know who she’s marrying,” the youngster insisted.

He said that he only wanted to “protect” his mum from Paul.

However, Paul blamed his son for “ruining” his stag do ahead of his wedding to Mandy Dingle.

Soon after, Paul told Vinny he “should be scared” and referenced his own abuse at the hands of his father, who regularly “taught him a lesson”.

Paul promised his son that this was “a lesson you’ll never forget”.

Viewers weren't impressed with the show of violence, and took to Twitter in droves to write: “Why has Emmerdale gone like this? Never used to be so nasty. Why do soaps feel they need to air these storylines?”

Another even argued the show is trying to “promote” violence, tweeting: “Them in charge seem to promote violence #emmerdale”.

‘I actually found the attack scene really distressing to watch and I hope @emmerdale are ending this storyline soon,’ someone else said.

ITV recently confirmed it received 75 Ofcom complaints relating to another Emmerdale scene in which Laurel Thomas (Charlotte Bellamy) offered to raise stepdaughter Gabby's (Rosie Bentham) baby for her when it was born.

Laurel had previously chosen to terminate her own pregnancy after fears the baby had Down's Syndrome.

The broadcast regulator said the complaints were due to "a misrepresentative and offensive storyline re Down’s Syndrome."

Viewers were sickened on Tuesday night when Paul forced Vinny to break up with girlfriend Liv Flaherty (Isobel Victoria Steele) and the youngster made derogatory comments about her asexuality.

"You’re some weirdo who doesn’t want sex, what were I thinking?" Vinny asked after Liv told him she loved him.