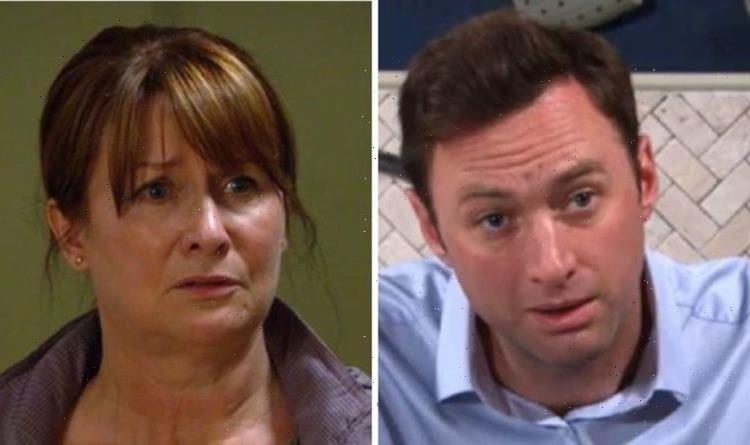 Emmerdale’s Liam Cavanagh (played by Jonny McPherson) hasn’t had it easy in the last couple of months. After the death of his daughter, Leanna Cavanagh (Mimi Slinger), his wife Leyla Cavanagh (Roxy Shahidi) having a miscarriage, and Wendy Posner (Susan Cookson) handing in her resignation. In the end, Liam broke down at the end of Tuesday night’s episode. However, after speaking to Wendy on Wednesday night’s episode, it became clear Liam wasn’t going to get rid of her at his practice but is he making the wrong choice by keeping her?

Viewers will remember that Wendy confessed to Bob Hope (Tony Audenshaw) that she is not a qualified nurse.

On Wednesday night’s episode, fans saw Wendy and Liam have a conversation about her resignation and the fact he isn’t going to let her go.

READ MORE: Shamima Begum willing to go to jail ‘just allow me back to UK’

Wife Leyla was seen trying to convince Liam to go to the BBQ which Marlon Dingle (Mark Charnock), however, he turned down the offer.

Wendy soon walked into the café where Liam was sat and talked to him about the resignation and the shooting incident.

Liam began: “More atmosphere than you can shake a stick at, things haven’t been easy at home either, Manpreet (Rebecca Sarker) rang earlier just to check-in, but I couldn’t help but feel paranoid.”

Reassuring Liam, she replied: “She hasn’t heard anything from me I can promise you that she just cares, remember what a mess I was when I first started at the surgery.”

“Bereaved mother, brilliant nurse, well you still are regardless of other matters,” Liam complemented.

Wendy then broke the news, explaining: “Look, the reason I’m here is to ask if you’ve reported me yet…”

Liam shook his head, which prompted Wendy to continue: “Liam, you have to, I can’t bear this, making things harder for you than it already is.”

Interrupting her, Liam said: “I don’t want you going anywhere okay? Right now, you’re the only person I can talk to, let me get you a coffee.”

Continuing to try and get her to stay, Liam said: “How I could lose you when we share what we do? The truth is I’ve binned your resignation letter.”

Not listening, Wendy replied: “Liam, you shouldn’t have done that, this isn’t just going to go away, and I’m not even sure I want it to, maybe coming clean.”

“It was a long time ago you were wrong it was a stupid mistake, but you’re a deeply moral woman. I’m not going to let you ruin your life over,” he told her.

“If Russ chooses to, he could drop me right in it,” Wendy added to which Liam said: “Well, then you need to persuade him to choose not to do that.”

Could Liam be putting his career in danger by allowing Wendy to stay?

Is there a more sinister ending up ahead for someone in the village, as Liam ignores Wendy’s claims she isn’t a real nurse?