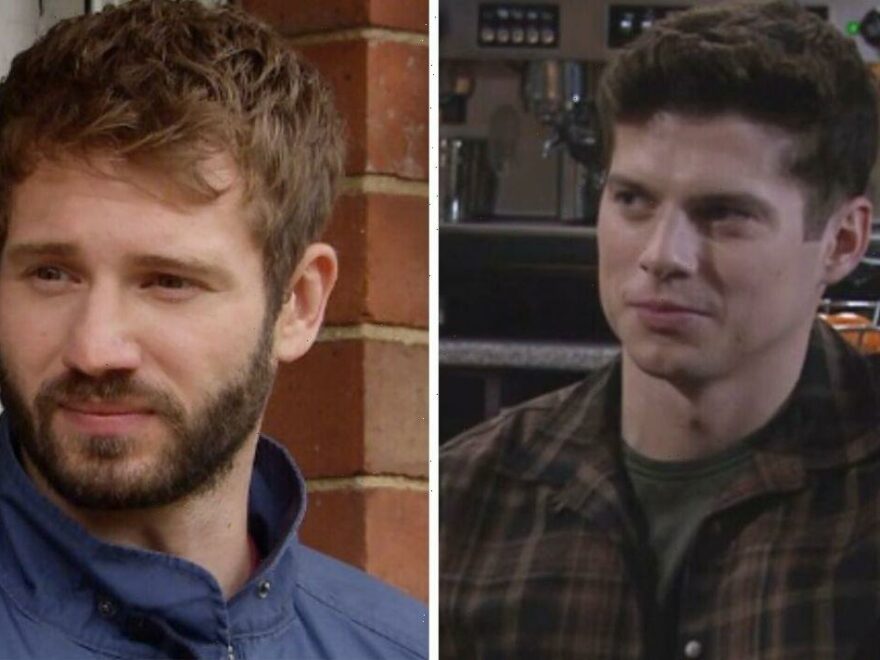 Emmerdale: Moira Dingle asks Caleb for help outside the Woolpack

During Tuesday night’s episode, Kim and Dawn seemed to be impressed by how Nicky was with the children.

However, Dawn looked disappointed to be missing out on spending time with the children.

“Lucas is worn out, bless him,” Nicky said as Dawn apologised for being so late.

“And Clemmy, any more opera performances? Dawn asked as the nanny replied: “she’s just tired. They ate all their tea.”

“Good kids,” Kim chipped in as Dawn said: “Bet they have wondered where I have been.”

“You should be thinking about that hot bath after your productive day.”

Following the episode, fans took to social media to share their thoughts on Nicky and his upcoming storyline.

Many seemed to think he could be working with Jamie Tate (Alexander Lincoln).

Thomas wrote: “Nicky is definitely too good to be true #emmerdale.”

Elizabeth Edwards theorised: “#emmerdale I think new nanny Nicky is working for Jamie Tate and Nicky really is Zoe Tate daughter Jean Tate like Matty Barton and it can happen and wait and first.” (sic)

Selina said: “There’s something about Nicky no one is that nice #Emmerdale.”

Speaking exclusively to Express.co.uk and other press ahead of his stint on Emmerdale, the actor who plays Nicky teased what’s in store.

When asked if Nicky has a dark past, the soap star continued: “At the moment he’s a lovely person, and there’s nothing to say [otherwise]… he kind of fits the bill.

“He is almost too good to be true, but we’ll have to wait and see.”