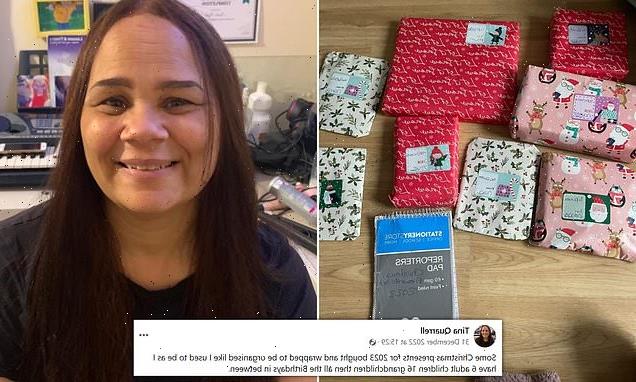 A savvy grandmother has revealed she’s already started her shopping for next Christmas, and has even wrapped some of the presents.

British bargain hunter Tina Quarrell revealed on the Facebook group The magical holidays of Christmas that she likes to keep on top of her festive shopping to satisfy her 16 grandchildren, and already bought and wrapped Christmas gifts for her family.

The mother-of-six explained she likes to shop throughout the year and keeps track of who gets what thanks to a notepad, with the hope of being done with her shopping by the end of November.

Many were impressed with Tina’s organization skills, however, some noted they wouldn’t dare buying so much in advance for their own grandchildren, for fear of getting outdated items or generic gifts. 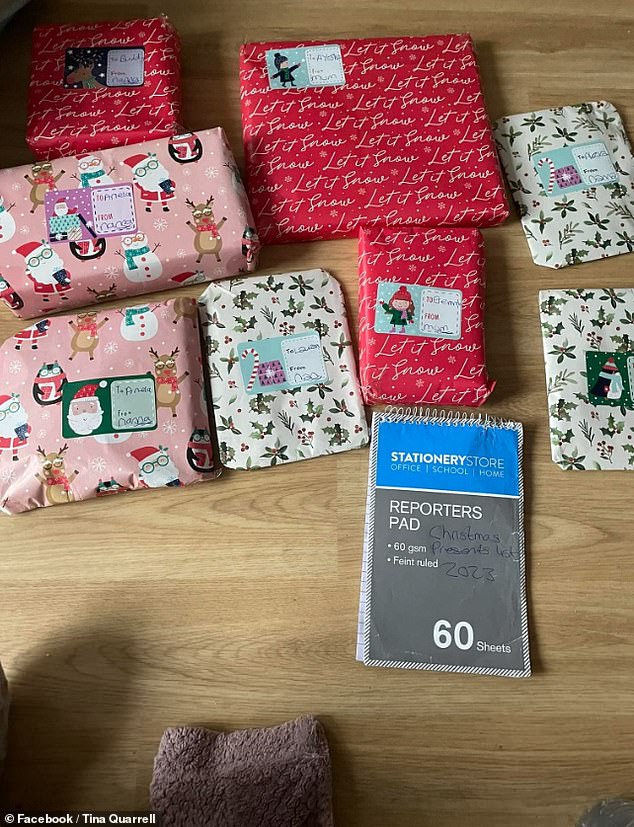 Tina shared a picture to the group, showing the neatly wrapped presents she will sneak underneath the tree for her family next December.

‘Some Christmas presents for 2023 bought and wrapped to be organised like I used to be as I have 6 adult children, 16 grandchildren, then all the Birthdays in between,’ she said.

She then detailed some of the milestones she had bought gifts for.

‘This year my middle daughter gets married that is 3 children married then 3 big Birthdays this year,’ she said. 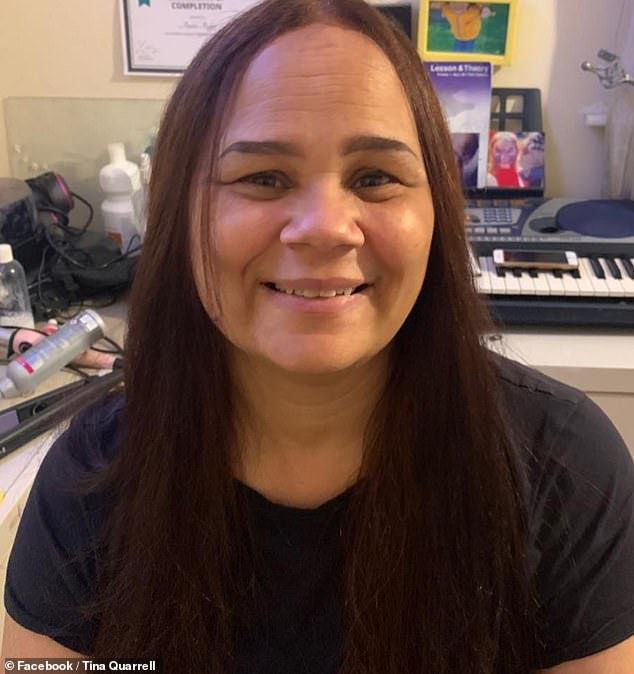 And Tina revealed she’s even put aside some gifts for herself, including Christmas cards and Christmas Eve boxes for her ands her youngest daughter.

The savvy shopper has even thought of other holidays like Easter, and splashed out on some chocolate bars and decorations, checking that they won’t be out of date by the time Easter weekend rolls up.

Many people were impressed with Tina’s organisation skills, but some said they preferred to wait to get their grandchildren presents

She revealed how she manages to keep track of her year-long haul, saying: ‘I also have a notepad with everyone’s name down what I have bought and who it is for.

‘I will continue buying throughout the year and hope to be finished by the end of November,’ she added.

‘Wow that’s good. I can’t even think of getting anything now till next September. I’ve got 4 children, 7 grandkids but i normally get it done within plenty of time, it’s birthdays that I’ve now got to think of,’ one said.

‘Wow, 16 grandchildren! No wonder you are so organized. I have 1 Granddaughter (2 1/2 yrs) and Twin Granddaughters on the way (April),’ another wrote.

‘We could all be so lucky to be even half that organized. Way to go,’ one said.

‘How do you wait a whole year to give it to them? I get too excited and can hardly ever wait till Christmas,’ one joked.

However, not everyone was enthusiastic about the idea, as some said they preferred to wait and get something their grandchildren or children has specifically asked for to make sure the gifts were personal.

‘I typically wait for the grandchildrens wish lists which they do in the fall . I could never do this I don’t want to buy just random gifts,’ one said.

‘I couldn’t buy clothes ahead of time. The grandchildren tend to grow, and you never can predict how much. The grandson who is 16 grew about 6 inches in the last year, while his 6 year old brother hardly got taller,’ one added.

‘I would have a hard time remembering what I bought and who it was for. How do you stay organized? I have issues shopping for like 5-6 people,’ one said.

‘What happens if someone buys something you purchased already,’ another said.

One person joked they were still recovering from the stress of the latest festive period, and needed time before starting to plan for next December.

‘This all gives me a panic mode. I must de stress before I can start again. Good luck to all,’ they wrote.

Thrifty father-of-two who organised a ‘free’ Christmas reveals his top tips for cutting down energy bills (including how he makes it fun for his children!)

Would you COOK your Christmas tree? Chefs go wild over the unusual ingredient – chopping up the pine needles for cocktails and pickling