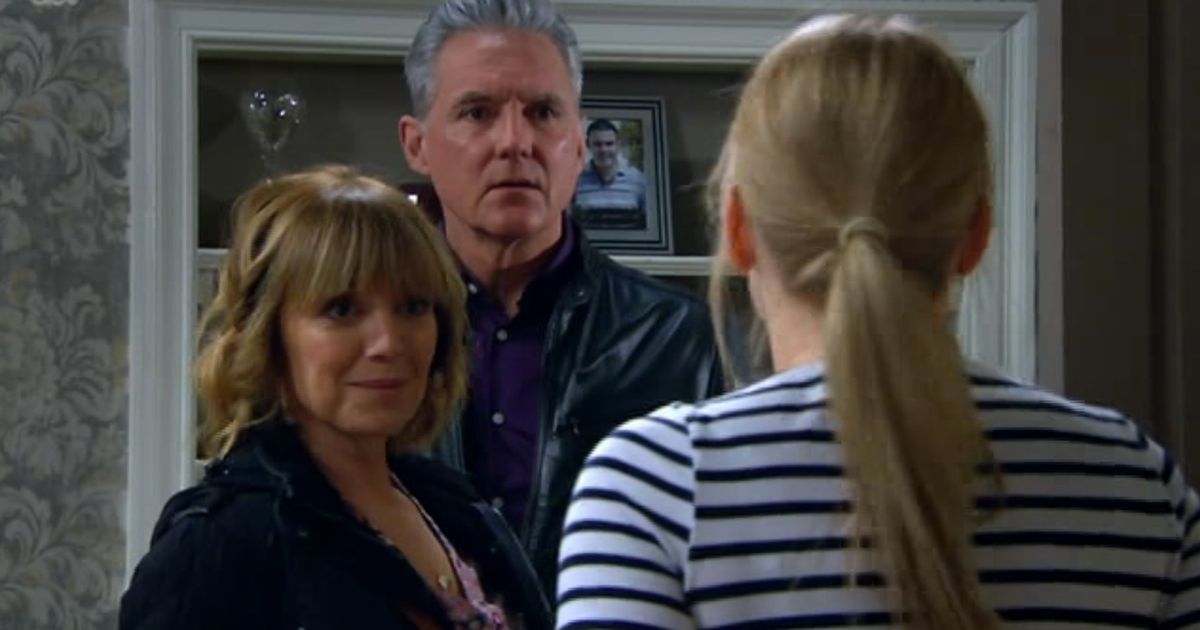 Emmerdale viewers believe the show has dropped a devastating hint about who dies in the factory fire in the coming weeks.

Viewers were stunned as a new summer trailer confirmed a fire would tear through the Sharma family’s sweet factory, claiming the life of a villager.

Tracy Meltcalfe is revealed to be trapped in the factory surrounded by flames, with it yet to be revealed who else is involved other than the fact that Amy Wyatt and mum Kerry could be to blame.

Another character who does appear to be shown in the burning factory though is Amy’s dad Frank Clayton.

Fans are convinced he will be the shock death, and that he might die saving daughter Tracy who is trapped in the building.

With his partner Megan leaving the show, both she and Frank are on the list of potential victims.

Now, Wednesday’s episode of the ITV soap has left fans convinced Frank will lose his life.

In the latest instalment, Frank kept mentioning the importance of family and how keen he was to spend time with his loved ones.

Daughter Vanessa asked her dad to look after his grandson Johnny for the day, with him telling her: “I can’t think of a better way of spending my day off than with my favourite grandson.”

All the scenes with Frank, including a heartwarming chat with Pete Barton about his “girls”, Tracy, Megan and Vanessa, and his grandson Johnny, have sparked suspicion.

One viewer said: “JOHNNY & FRANK. The foreshadowing though is so emotional but I'm excited at the same time.”

Another agreed: “Frank… I think we all know what’s coming and I’ve had to take a moment to have a little cry. “

A third tweeted: “Damn Frank,” echoed by another fan who wrote: “Foreshadowing about Frank there.”

Emmerdale airs weeknights at 7pm on ITV, with an extra episode at 8pm on Tuesdays and Thursdays.