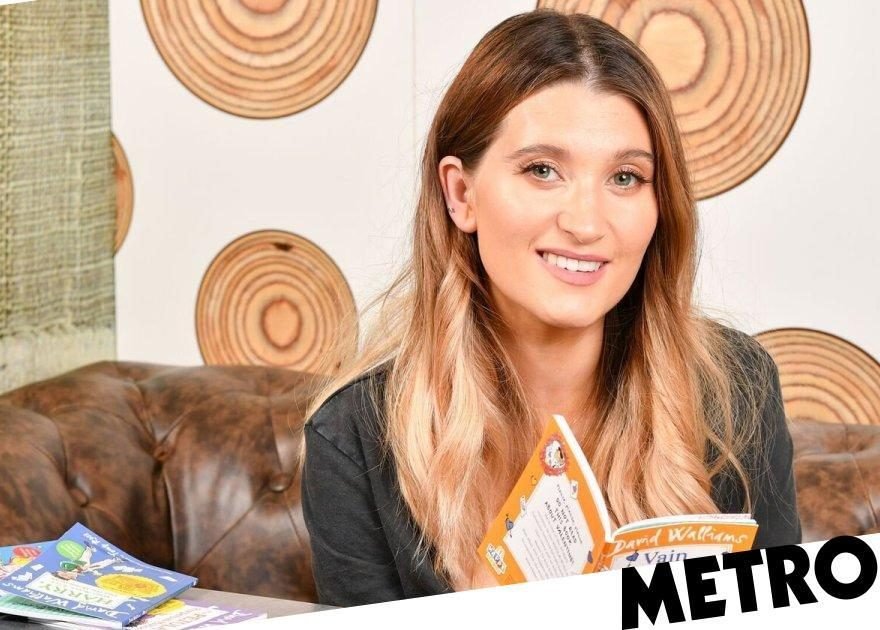 The 31-year-old welcomed her newborn son Ace Gene into the world in July and she’s already back in the spotlight.

Teaming up with McDonald’s UK, the popular actress has thrown her support behind the company’s latest campaign, Happy Readers.

The scheme hopes to encourage children to read by offering a free story from David Walliams’ bestselling series, The World’s Worst Children alongside every Happy Meal.

And it seems the Debbie Dingle star has treated her boys to a sneak peek of the new books.

Taking to Instagram in a paid partnership with the brand, she told her followers: ‘My favourite part of the kids evening routine is story time.

‘We read together every evening and love taking it in turns to do ‘all the voices’ and have a little giggle together.’

The soapie added: ‘I’m really excited to announce I am partnering with @mcdonaldsuk on their new #HappyReaders campaign which launches today!

Charley also spoke about the short story Vain Valentine, and how both herself and her sons love the read.

‘I think the Happy Readers scheme is brilliant,’ she confessed: ‘It is incredibly important young children are encouraged to read for their own mental health, as it provides them with an opportunity to relax and wind down with their loved ones.’

The mother-of-three continued: ‘My kids love the World’s Worst Children stories, particularly Buster who adores Vain Valentine where the main character’s vain eccentricities leave us both in hysterics.

‘As a family, we love to read together, and always make time for a bedtime story.’

Charley shares nine-year-old Buster and three-year-old Bowie with her hubby Matthew Wolfenden, as well as their newborn Ace.

The little one was born on 26 July weighing 8lb 3oz and ‘Baby Wolf’ is now doing well following his scary entrance into the world.

‘The umbilical cord was wrapped around Ace’s neck when he was born. It came off and he was passed to me but I could tell something was wrong,’ the proud mum told OK! magazine.

‘Ace wasn’t breathing at first – so the midwife had to press the panic button.

‘I felt weirdly calm as I’d only just pushed him out and was a bit zoned out from the gas and air, although I was together enough to see that he wasn’t breathing.’