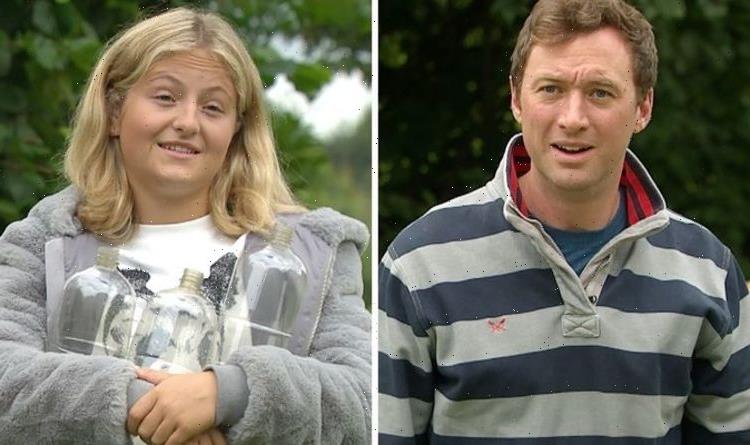 Emmerdale’s Liam Cavanagh (played by Johnny McPherson) has been struggling to come to terms with his daughter Leanna’s (Mimi Slinger) tragic death. In scenes yet to air on the ITV soap, Amelia Spencer (Daisy Campbell) helps Liam by spreading the word to the village about his community allotment in Leanna’s memory. However, with Amelia, 18, being the same age as his late daughter, will a grieving Liam try and replace Leanna with her to try and heal his pain?

His wife Leyla (Roxy Shahidi) appears thrilled Liam is getting his sparkle back following a difficult few months.

Liam’s hard work has clearly paid off and he appears touched that the village has supported him.

With news spreading about his allotment, Liam soon finds himself preparing for an interested journalist to speak to him about the project.

Liam has grand plans for the big reveal of the memorial allotment, but he hasn’t got enough people to help him complete the project.

Initially, it seems Liam is a man defeated until an enthusiastic Amelia makes a call to arms for the village youth to step in and help save Liam’s day.

In no time at all, Amelia manages to lead a battalion of the village children over the hill to help Liam construct a greenhouse out of recycling bottles.

Liam’s vision would not have come to fruition without the help of Amelia who has finally managed to lift his spirits.

There are many familiarities between Amelia and his daughter Leanna, including their age.

Emmerdale fans will know Liam has been leading a double life by spending the days visiting his daughter’s grave and then making his way to his old family home to feel close to her.

He knows there’s nothing he can do to bring her back, but the pain of losing her is almost unbearable.

Could he end up trying to replace Leanna with Amelia in a bid to fill a gaping hole in his heart?

Amelia clearly wanted to help Liam with his memorial allotment, but will she push him away if he starts treating her like a daughter?

Could it all be a bit too strange for her to deal with?

Leanna died on her 18th birthday after Meena Jutla (Paige Sandhu) pushed her off a bridge.

The teen had learnt the truth about Meena and her murderous tendencies before she was cornered by the killer.

Police ruled her death an accident, believing a culmination of Leanna having had a lot to drink, along with the heels she had been wearing, caused her to fall.