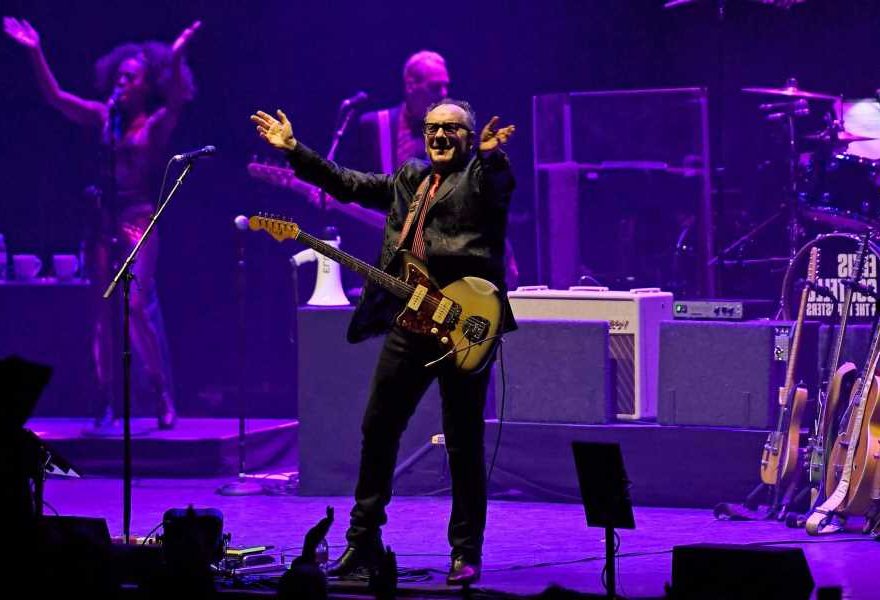 Elvis Costello & the Imposters have dropped the new song “Magnificent Hurt.” It’s the first single from their upcoming The Boy Named If, which arrives on January 14th via EMI/Capitol Records and is available for preorder.

“The full title of this record is The Boy Named If (And Other Children’s Stories),” Costello said in a statement. “‘IF,’ is a nickname for your imaginary friend; your secret self, the one who knows everything you deny, the one you blame for the shattered crockery and the hearts you break, even your own. You can hear more about this ‘Boy’ in a song of the same name.”

“Once upon a time, when I didn’t know what a kiss could do and didn’t even dare to caress, the way ahead was a mystery; a departing from that magic state called innocence for the pain that leads to pleasure and all that jazz,” he added.

'Silence of the Lambs': The Complete Buffalo Bill Story

“If the record sounded swell as a trio, Steve Nieve’s organ was the icing on the cake, the cherry, and the little silver balls,” Costello said.

The Boy Named If will be made available in a variety of formats, including CD, vinyl, cassette, and as a download. It will also come packaged in a numbered and signed hardback storybook edition featuring illustrated shorts stories for each track.

The LP’s 13 songs “take us from the last days of a bewildered boyhood to that mortifying moment when you are told to stop acting like a child — which for most men (and perhaps a few gals too) can be any time in the next 50 years,” Costello said of the themes of the album, which he co-produced with Sebastian Krys.

The Boy Named If Tracklist