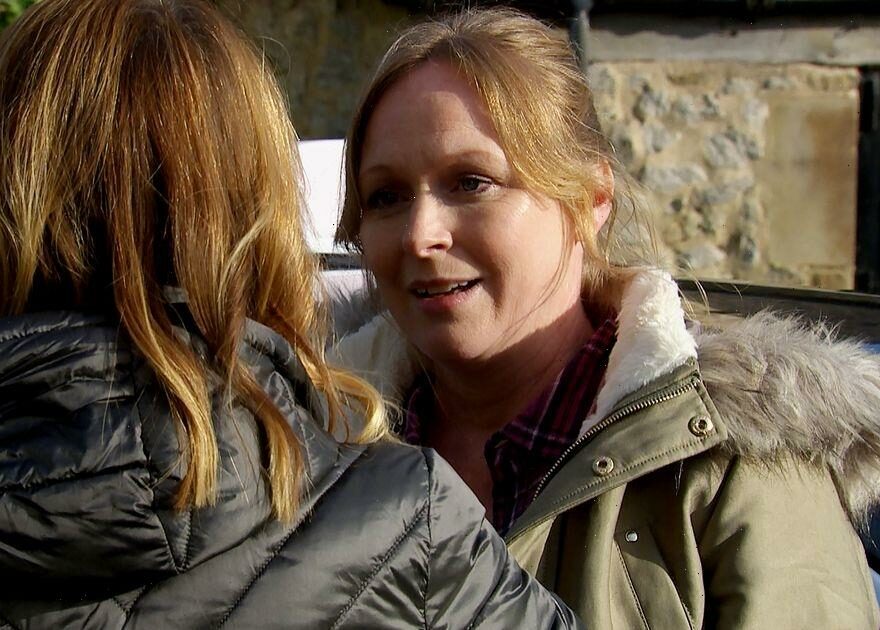 The actress, 46, who has played Vanessa since 2012, announced she was pregnant with her second child in July with her baby daughter due to be born in December. Michelle and wife Kate already have son Teddy, two.

In upcoming scenes, there's drama between Rhona Goskirk and Vanessa over Jamie Tate’s share of the veterinary business.

And when Rhona tells her about buying Jamie’s share with Kim Tate getting 15% off bills, a furious Vanessa announces she’s moving to Canada.

However, when they provide evidence of their sobriety, Vanessa is mortified. Later, a heartbroken Vanessa and Suzy accept their relationship is over.

At the pub, everyone cheers as Vanessa arrives at her farewell party and later she’s emotional as she puts the last of her things in the taxi.

Elsewhere, Victoria Sugden is left absolutely furious when David Metcalfe tells her about the speeding ticket in her name.

Threatening to go to the police herself if he doesn’t clear things up, David pleads his case to the investigating officer hoping he’s done enough.

Later, Victoria moves her things out of the house and declares it is over between them. Is this really the end of David and Victoria?

Also, a suspicious Matty Barton is determined to find out the truth from Cain Dingle, Chloe Harris announces her pregnancy and Bernice Blackstock learns she’s going through the menopause.

For all the latest cast updates and juicy Emmerdale spoilers, sign up to our daily OK! Newsletter . Emmerdale continues weekdays at 7:30pm on ITV.