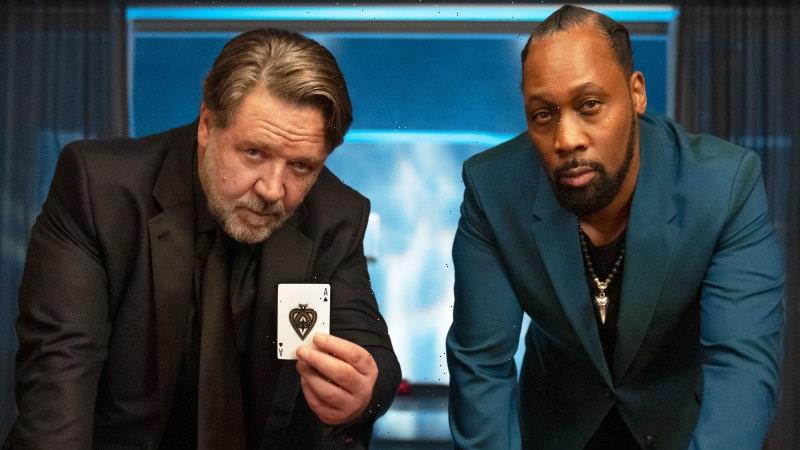 At the start of Poker Face, a young woman asks Russell Crowe if she can paint his portrait for the Archibald Prize. He has been sitting quietly among the Australian art at a public gallery, contemplating his mortality. The camera lingers on his face, which now shows all of his 58 years. Where once there was the raging beauty of Maximus the gladiator, there is now a little paunch and sag, as with the rest of us. 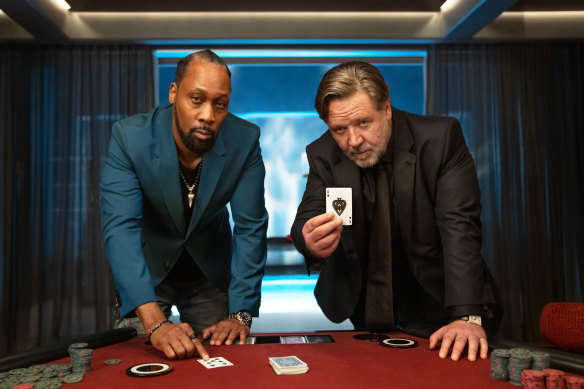 RZA with Russell Crowe, who plays a billionaire with a health crisis, in Poker Face.Credit:Brook Rushton/Stan

And yet, the look he gives in those close-ups reminds us of why he is such a star. He brings gravity to anything, even a film like Poker Face – which is in its origin an overly engineered caper film posing as drama, and in its realisation, something of a creative mess. It’s easy to watch because of Crowe and good casting. Whether it might have been better if not born in COVID-19 adversity, I can’t say.

Crowe replaced American Gary Fleder as director about five weeks from shooting, with barely anyone else cast. He re-wrote a script set originally in Miami. He has said he took it on rather than let a crew of 280 people lose their jobs during the lockdowns in Sydney. And his own father died 10 days before shooting, which could perhaps explain the film’s parable about family love. In the circumstances, it’s not so much surprising that the film is imperfect, as that it’s here at all.

A preface shows a group of four schoolboys who love poker and taking risks. Forty years later, Jake Foley (Crowe) is a billionaire with a health crisis. He summons the friends to a last poker game, but first, he douses their glasses with a potion that Jack Thompson, playing a shaman, has given him. 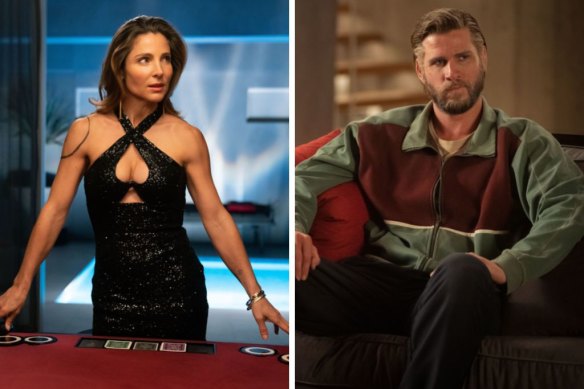 Jake is supposed to use it to top himself when the time comes – but just a little of it will first make a person sweaty and inclined to tell the truth. So, the goblets with the potion make the brew that is true, to paraphrase Danny Kaye in The Court Jester. I could also say this daft idea more or less destroys any credibility the script might have had.

In Jake’s brutal modernist cement mansion by the coast, the four friends start divulging their secrets. Liam Hemsworth, as alcoholic Micky, has a death wish; Steve Bastoni, as a corrupt politician, has betrayed Jake to blackmailers; Aden Young, as Alex, is rather too close to Jake’s partner Nicole (Brooke Satchwell). The rapper RZA, as Andy, Jake’s confidante in business for 40 years, joins the proceedings late, to drop more bombshells.

Crowe’s direction is efficient at best, intrusive at worst. He uses flashbacks and cross-cutting to a wearying degree, interrupting his own narrative. He slams music over anything heightened, when he doesn’t need to. None of this really matters if you’re grooving with the plot, but that’s a big if. For a film about poker players, it’s all a bit obvious.

Poker Face is streaming on Stan, which is owned by Nine, the publisher of this masthead.

Reward your time with these TV shows