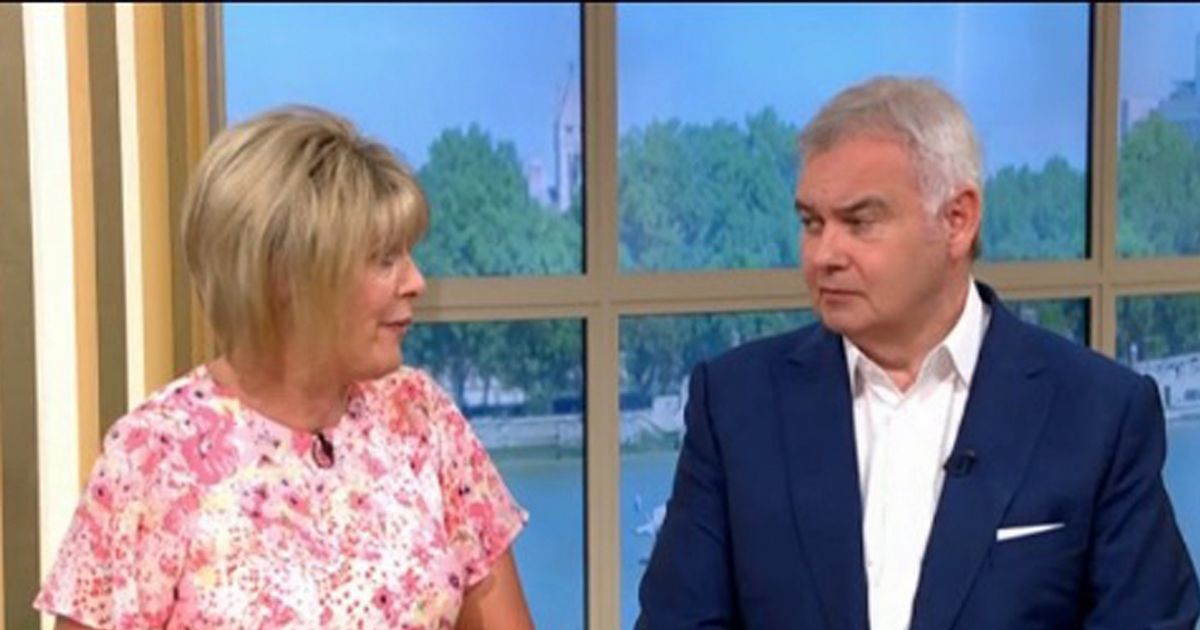 Eamonn Holmes was emotional as he welcomed wife Ruth Langsford back to This Morning for the first time since her sister's death today.

The 59-year-old presenter was left devastated after her sister Julia Johnson tragically died on June 20 following a long illness.

Since the heartbreaking news was announced, Ruth has taken time off presenting but returned to TV today.

Ruth didn't address her sister's death, but husband Eamonn kindly said at the start of the programme: "It's very nice to see you back, darling."

She was due to host the programme the day after learning about her sister's death.

Instead, husband Eamonn was joined by pal Rylan Clark-Neal and was very emotional as he paid tribute to his sister-in-law live on air.

Ruth and Eamonn have returned to host over the summer while Holly and Phil take an eight-week holiday.

Ruth shared the tragic news on Instagram , posting a gorgeous picture of her and her sister together.