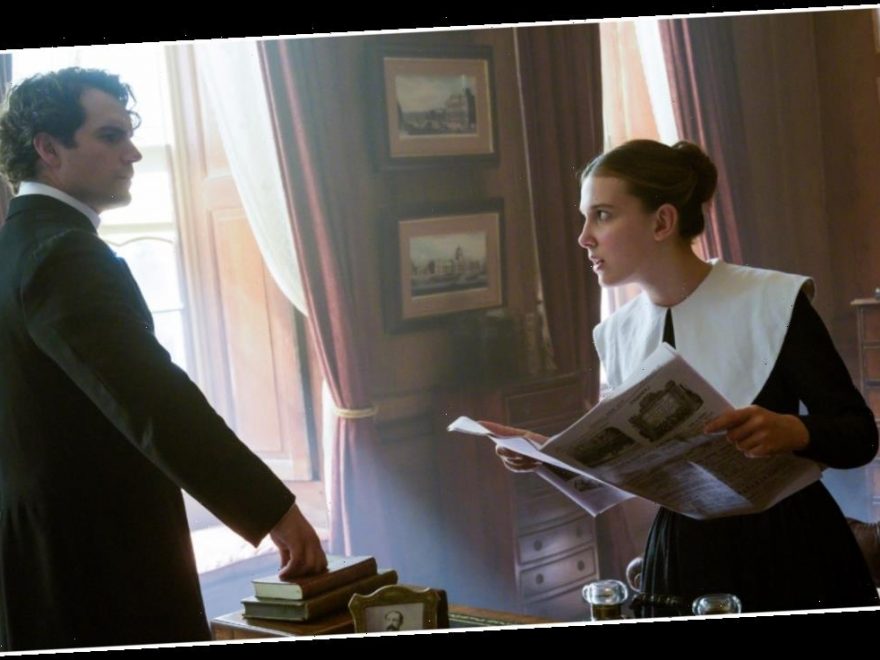 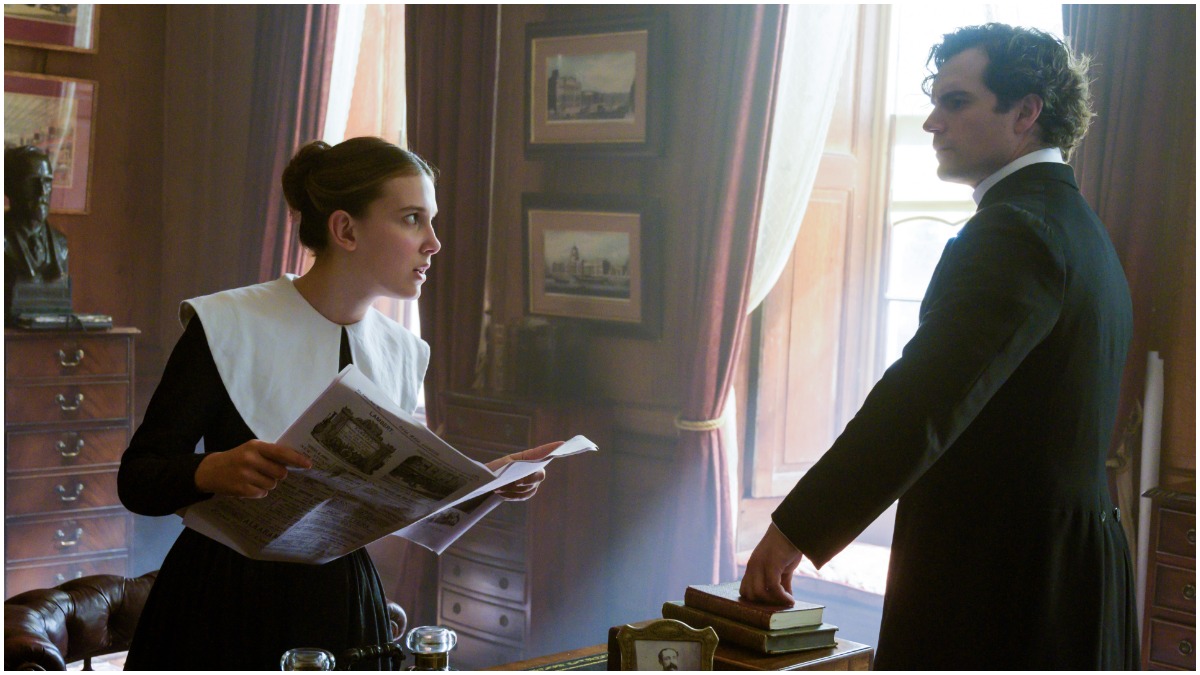 There are several new movies and TV shows about Sherlock Holmes thanks to the character’s recent slip into the public domain.

While many of the new shows offer great fun (both the Benedict Cumberbatch TV series and Robert Downey Jr. movies deliver great fun in different styles), it is easy to dismiss a new effort as just the same old, same old.

Thankfully, Netflix found a way to get around the tedium of another retold Sherlock Holmes mystery.

Enola Holmes is based on the young adult detective novels by Nancy Springer, and now it is one of the new mystery movies on Netflix, but is it worth the time to stream?

The first book, The Case of the Missing Marquess, is what the Netflix movie is based on.

Enola was 16 years old when her mom disappeared. Her father died when she was young, and both of her brothers (Mycroft and Sherlock Holmes) left home years before. As a result, her mom raised her, and she didn’t raise her to be anything like the “ladylike women” in Europe at that time.

Enola’s mother taught her how to use weapons, how to fight, how to make explosives, and made her read every book in their extensive library. As a result, Enola is brilliant and well-equipped to take care of herself.

However, after her mom’s disappearance, Sherlock and Mycroft return home, and Mycroft becomes her caregiver. He demands she go to a finishing school to learn to become a proper lady to find a husband and not embarrass the family.

That isn’t going to happen, so Enola runs away. She ends up meeting a boy who is hiding on a train. When she learns someone is trying to kill the boy, she saves his life, and the pair’s lives become intertwined.

Instead of immediately searching out her mother in London, she sets out to find out who is trying to kill this boy, the Viscount of Tewkesbury, Marquess of Basilweather, and why. On the way, she proves to be as strong a detective as her more famous brother.

Millie Bobby Brown, who fans know as Eleven in Stranger Things, is Enola Holmes, and if life is fair, this will create a second Netflix franchise for the young star. She is spot-on as the girl who refuses to be a “proper lady” and instead wants to be the woman her mother raised her to be.

The story takes place when England is voting on women’s rights, and that plays a huge role in the plot, both in the case that Enola investigates and the disappearance of her mom.

Helena Bonham Carter plays Enola’s mother Eudoria, and while she appears mostly in flashbacks, she is excellent in her role as the sole parent that helped create Enola, the woman.

Speaking of women’s rights, Louis Partridge is the somewhat precocious Lord Viscount Tewksbury, and the movie does a brilliant job of subverting the roles. As Enola says, the boy was not made to fight, so she needs to make sure someone is there to save him.

Finally, Henry Cavill is terrific in his role as Sherlock Holmes, someone who is always a little late to every discovery, but his small smile shows he doesn’t mind one bit that his little sister is coming into her own.

Enola Holmes takes a familiar story but throws a wrench into it. The teenage sister of Sherlock Holmes cracks the case and proves to be just a good as her big brother at solving crimes and getting out of tight spots.

The movie is a bit long at just over two hours, but it zips along quickly thanks to a tight and entertaining story and great performances all around.

There are quite a few moments where Enola looks into the camera and talks to the audience, but it never feels out of place (it is a lot like Fleeabag in that manner, which makes sense since director Harry Bradbeer worked on that series as well). This movie has too much heart for little things like that to throw it out of whack.

The way she solves the crimes is also fun, as she has an almost eidetic memory and can piece together clues from the smallest of details just like her big brother.

This movie puts a young girl into the role of a hero in a society that in no way encourages women, much less girls, to act as such. While there were women behind the scenes in this movie planning something big and destructive to make a change, Enola used her brains and proved that she could change the world and make it a better place by just being smarter than everyone around her.

This movie was a load of fun, and it deserves a huge audience, and hopefully, many sequels. It is highly recommended.

If you want to catch other movies on Netflix, here are our recent reviews of The Devil All the Time, Rising Phoenix, The Hater, and The Old Guard.